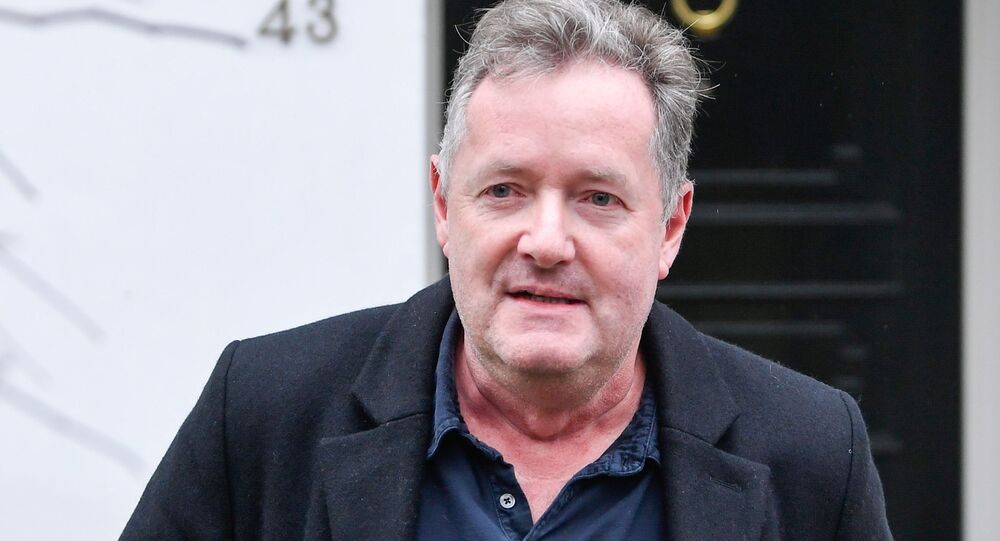 ITV's Good Morning Britain host Piers Morgan has officially quit the breakfast show after more than five years on air. His resignation came in the wake of a backlash he faced when he accused the Duchess of Sussex of making up the fact that her mental health struggles were ignored by Buckingham Palace while she was pregnant with Archie.

Meghan Markle formally complained to broadcaster ITV after Piers Morgan ranted on Good Morning Britain that he “didn’t believe a word” the Duchess of Sussex said about her suicidal thoughts during her interview with Oprah Winfrey, an insider told the Press Association.

The report was also shared by the royal editor of ITV News, Chris Ship, who said on Twitter that the alleged complaint was sent on Monday to the channel’s chief executive Carolyn McCall.

But Ship maintains that Prince Harry’s wife didn’t complain about the personal nature of Morgan's “Princess Pinocchio" remarks but rather because she was concerned that that the former host’s public ridiculing of the situation would affect people struggling with mental health problems:

So ... the Duchess of Sussex formally filed a complaint to @ITV on Monday.
It’s thought to have been sent to the broadcaster’s CEO.
Meghan raised concerns about how @piersmorgan’s words affect the issue of mental health and what it might do to others contemplating suicide pic.twitter.com/rA09dOQ4GN

​The next day, the broadcaster announced that Piers Morgan had decided that it was “time to leave Good Morning Britain” which he joined in 2015.

It’s not clear whether his departure was in any way related to Markle’s purported complaint.

In a bombshell interview with Oprah Winfrey that aired in the US on Sunday, Meghan Markle made some scandalous claims involving the monarchy – including that she felt suicidal in the UK because of attacks made against her by the British and lack of support from the royal family. The former Hollywood actress claims that her mental health struggles were ignored by the royal household in a bid not to spoil the public image of the monarchy. She also said one unnamed royal family member was curious about the skin colour of her and Harry's son Archie before he was born.

Piers Morgan said during GMB’s Monday broadcast that he "wouldn't believe it if [Markle] read me a weather report.”

The next day, he stormed off the Good Morning Britain set after clashing with co-host Alex Beresford, who scolded him for “continuing to trash” the duchess.

Meghan and Piers were once pals, the former GMB host repeatedly claimed, saying that their friendship ended when Prince Harry came into the picture.

British regulator Ofcom tweeted on Tuesday that it was investigating the programme’s episode that featured Morgan’s remarks after receiving more than 41,000 complaints about the show.

McCall also said on the same day that the channel’s management was speaking to Morgan and “dealing” with calls for the host to step down.

It was suggested by media that the 55-year-old journalist was asked to apologise publicly for his remarks but he refused, deciding to leave the programme altogether.

Morgan said on Wednesday that his divorce from GMB was “amicable” and added that mental health issues should be taken seriously. He “still” didn’t believe what the Duchess of Sussex said during her talk with Oprah Winfrey, he wrote on Twitter, while calling for the freedom of speech to be preserved.