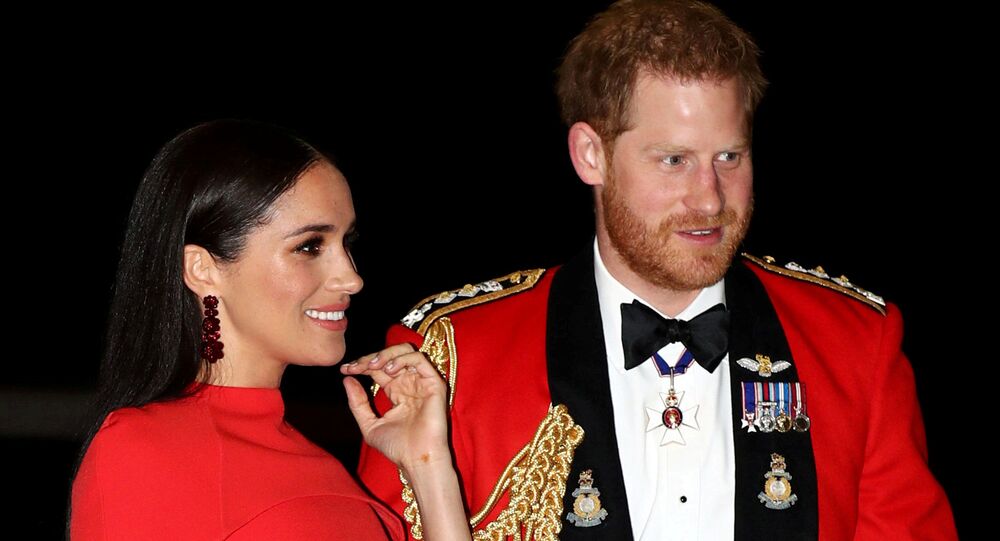 The Duke and Duchess of Sussex announced back in October the creation of a nonprofit organisation, Archewell, and are now launching same-named podcasts for Spotify and a new website. However, not everyone is amused.

The homepage of the site, which has called for “Compassion in Action”, featured black-and-white childhood photos of the Duke and Duchess of Sussex alongside their mothers, as well as their “Letter for 2021” which started with “I am my mother’s son. And I am our son’s mother”.

Morgan slammed the couple for the visible absence of their dads, Prince Charles and Thomas Markle, from the call.

“Sadly, Ginge & Cringe’s ‘compassion’ and ‘humanity’ doesn’t extend to either of their fathers, both of whom have been airbrushed out of this nauseating bilge”, he wrote on Twitter, accompanying his message with “puking” emojis.

Sadly, Ginge & Cringe’s ‘compassion’ and ‘humanity’ doesn’t extend to either of their fathers, both of whom have been airbrushed out of this nauseating bilge. 🤮🤮🤮 https://t.co/DkVrwkqWQ9

​He later magnified his blast after one of Twitter users noted that it seems that the journalist “really” does not like the Sussexes, who stepped down from their senior royal duties in March.

“No. I think they’re a pair of vapid little wastrels exploiting their royal titles for vast commercial gain whilst doing none of the duty that being a member of the Royal Family entails,” Morgan fumed.

“It’s shameless, shameful & the Queen should stop them doing it by removing the titles,” he argued.

Piers Morgan earlier revealed that he was once “friendly” with former Hollywood actress Markle, who he met back in 2016 after a year of online conversations. However, Morgan said, she had apparently “ghosted” him after meeting Prince Harry.

Meghan and Harry signed a bunch of money-promising deals with two entertainment giants, Netflix and Spotify, throughout the autumn, with both contracts rumoured to be worth tens of millions of dollars. The couple has recently unveiled their first podcast as part of the Spotify deal, which featured some starring names, including Sir Elton John, as well as a “Happy New Year” message from their one-year-old son Archie.

© CC0 / Milivojevic / Crown
Megxit, Spain's Ex-King Exile & Thai Mistress' Return: Biggest Royal Scandals in 2020
The two moved to Los Angeles at some point in March 2020, after announcing in January that they would step down from their senior royal positions to start living a “financially independent” life. It has been reported that Prince Harry and William’s relationship has significantly suffered from the move, but that their father Prince Charles still remained financially supportive towards his younger son.

Meanwhile, Thomas Markle and his daughter Meghan have remained on strained terms, following a scandal around a publication of her private letter to her dad in The Mail on Sunday, which only confirmed that the two had been severely estranged since the former actress’ marriage into the royal family.