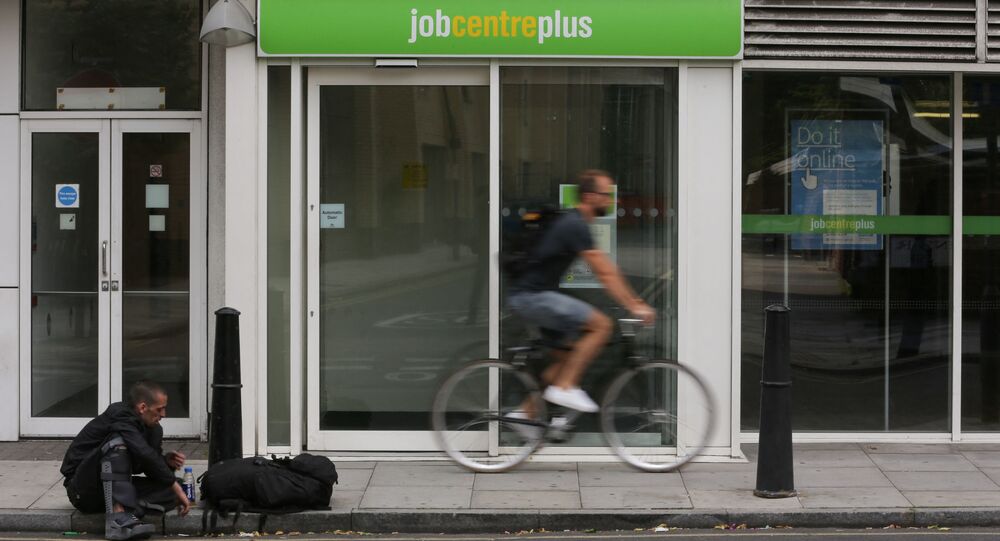 What to Expect in 2021 Budget as UK Gov’t Aims to ‘Tackle Virus, Protect Jobs’

The UK Budget for 2021, seeking to extend aid to people and businesses while ‘fixing’ finances is to be delivered against the backdrop of the country’s biggest economic recession in more than 300 years, soaring public borrowing driven by attempts to offset the impact of the coronavirus pandemic, and growing unemployment.

As UK Chancellor Rishi Sunak is about to deliver the 2021 Budget in the House of Commons, a spate of anticipated announcements have been reported ahead of the procedure.

Here is a glimpse at what to expect as the British government announces “the next phase of the plan to tackle the virus and protect jobs", while looking ahead to repair finances and reboot the economy towards recovery.

At #Budget2021 I’ll be setting out the next steps of our #PlanForJobs, which has already created, supported and protected millions of jobs across the UK.

​The Treasury is reportedly poised to reveal support measures to prop up the housing market and struggling businesses, while mulling tax hikes to help ‘balance the books’ amid unprecedented public borrowing, according to Sky News.

A low deposit mortgage scheme is believed to be in the pipeline, available to current homeowners as well as first-time buyers hoping to buy a house for up to £600,000.

​The new 5 percent deposit home loan guarantee scheme will have the government underwriting the remaining 95 percent. Low deposit loans are typically seen as more risky as borrowers could end up in negative equity over a plunge in house prices.

The initiative echoes a UK-wide Help to Buy mortgage guarantee scheme launched in 2013 after the 2008 financial crisis.

The Chancellor is also reportedly prepared to announce VAT and business rate cuts from 20 percent to 5 percent for the hospitality and tourist industries, which have been reeling from the crippling impact of the pandemic.

Rishi Sunak was also said to be preparing to extend the stamp duty holiday - which had been due to expire on 31 March - until the end of June.

RESEARCH: Homeowners in the race to move home during the stamp duty holiday period are saving on average £11,566.

However, the saving is only offsetting the increase in #houseprices as a result of the pandemic property market mini-boom.

​In 2020 the Treasury said it would temporarily raise the stamp duty threshold from £125,000 to £500,000 for property sales in England and Northern Ireland, hoping the measure would boost the housing market.

The Coronavirus Job Retention Scheme, or “furlough” scheme, that supported 11.2 million jobs since March 2020, when the first lockdowns were triggered by the onslaught of the pandemic, is reportedly to be further extended in the new budget until the end of September.

Furthermore, another 600,000 people will reportedly find themselves eligible for grants, including many self-employed. Earlier, the self-employment income support scheme (SEISS), allowing workers whose business has been affected by the pandemic to claim money from the Government, came under fire as many newly self-employed people missed out on the grants.

Now, it is believed that with available tax return data for 2019-20, the failing will be remedied. The scheme is set to be continued through April 2021, according to media reports.

The Kickstart scheme is a key part of our #PlanForJobs, on the @MarrShow today Chancellor @RishiSunak set out exactly why it’s so important for 16-24 years olds across the country. pic.twitter.com/8zVLYMuzb1

​Furthermore, a confirmed £5bln scheme will allocate much-needed fiscal aid to shops, pubs, clubs, gyms and hair salons - hardest hit by the pandemic restrictions. Accordingly, grants worth up to £18,000 will be offered.

A sum to a reported tune of £520mln will be set aside to help businesses boost software and training programmes.

To help low-income families through the pandemic, last year the Chancellor announced a £20 a week boost to Universal Credit. The hike, worth an annual £1,040, was set to last a year until the end of March, 2021.

In an effort to ‘fix’ finances and pay off some the UK's enormous debts, the Chancellor will reportedly warn that a rise in corporation tax from 19 percent to at least 23 percent before the next election is imminent. The UK’s debt, at over £2 trillion, it is equivalent to 100 percent of its annual income for the first time since the early 1960s, writes the BBC.

There are also reports that the chancellor is set to unveil freezing of income tax thresholds.

In other suggested bailout measures, over £400mln are to be allocated to help museums, theatres and galleries reopen in England, with a £300m sports package also set aside.

As the UK government continues with its vaccine rollout, there will be a further £1.65bn allocated towards the measures, according to UK media reports.