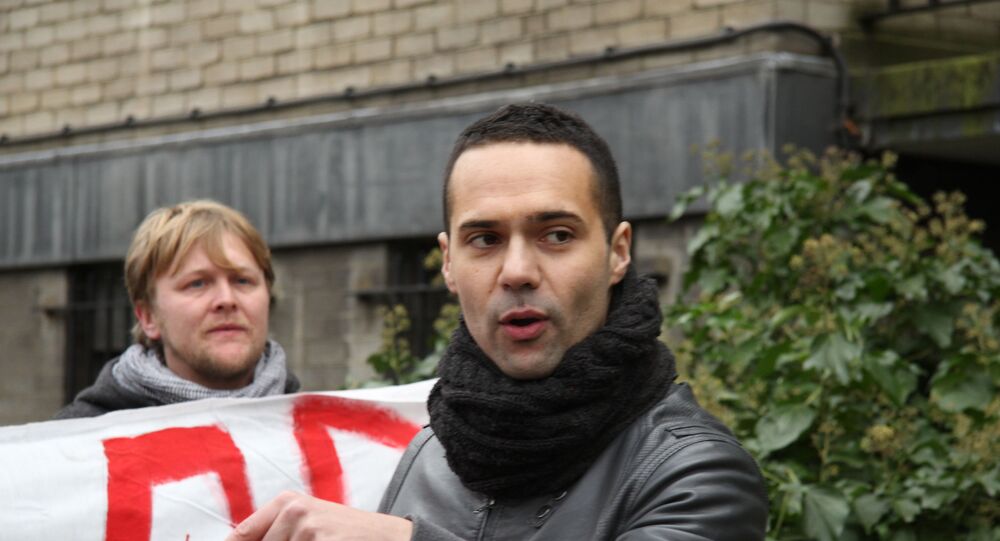 Left-wing news website Novara Media was a staunch supporter of former Labour leader Jeremy Corbyn, who was suspended from the party and had the whip withdrawn last year. He has previously called the Royal British Legion's annual poppy appeal "white supremacist".

The founder of left-wing news site Novara Media has denied being "suspended" from the Labour Party — but confirmed rumours that he was no longer a member.

Aaron Bastani tweeted his denial of “claims I was suspended from Labour” on Friday — when the article in question by conservative-leaning political gossip site Guido Fawkes only said he was no longer a member of the party.

He insisted he had resigned from Labour, posting an undated and unidentifiable image of a “message” to his local branch to inform them of his departure but  pledging to continue

"This has nothing to do with policy or politics, and I look forward to helping Stephen and council candidates win in future elections," the text read. "But for now I don’t want party allegiance to be a limiting factor in terms of my reporting, so it is a professional choice."

​Earlier Bastani indicated he was considering legal action against the rival website for the story he later admitted was substantially true.

​But other leading figures in left-wing new media outlets have been censured — or censored — recently for their criticisms of the Labour Party's rightward shift following the resignation of leader Jeremy Corbyn and his replacement by Sir Keir Starmer.

Kerry-Anne Mendoza, the frequently outspoken editor of website The Canary, was suspended from Twitter last November for comments comparing attendees of a Jewish labour Movement event to "white supremacist" supporters of Apartheid South Africa — although the social media later claimed that was a "mistake".

Corbyn himself, whose leadership was supported by Novara Media, had his Labour membership suspended and the Parliamentary whip withdrawn in November after he defended the party against allegations of anti-Semitism in a report by the Equalities and Human Rights Commission. A number of Labour branch officials across the country have since been suspended since then for speaking out in support of the former leader.

In 2018 Bastani described the Royal British Legion's annual poppy appeal in aid of injured veterans — including those who fought against fascism in the Second World War — as "racist" and "white supremacist". "I think the poppy appeal is grotesque, it has a kind of triumphalist militarism to it," he said.