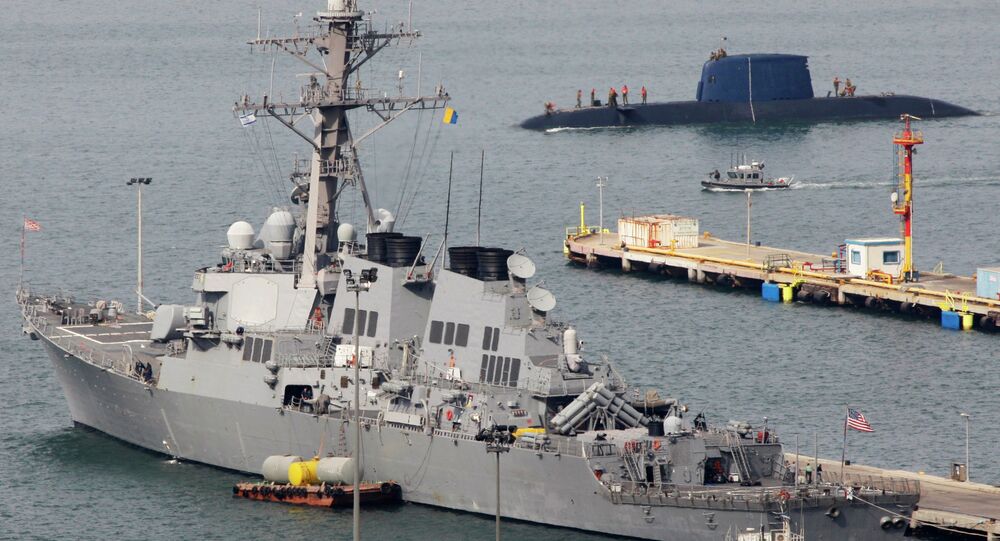 In 2018, the US Navy said it may end its operations in Haifa Port this year due to a Chinese company becoming involved in the port's development and expansion after a contract included handing a Chinese firm control over the project.

Israeli authorities have rejected a US proposal to oversee a sweeping security inspection at Haifa Port, over concerns in Washington that Chinese companies are contributing to its expansion.

According to Israeli newspaper 'Haaretz' on Monday, the US requested the inspection last year amid a critical atmosphere in Pentagon against Israel due to China’s participation in the development of Israel's largest port. Washington reportedly warned Israel against its persistent cooperation with China and threatened to halt American vessels from docking in the port of Haifa if it continued.

Relations between intelligence services in the US and Israel remain strained due to the differences between the two countries over the matter. Officials in Washington have repeatedly expressed their uneasiness with the “the expansion of Chinese influence in Israel,” and warned that it is considered a threat to US strategic interests in the Middle East, Hareetz reports.

Citing a report issued by the American Jewish Institute for National Security (JINSA), the Israeli paper wrote that “the United States needs the help of its allies, as it seeks to reduce its presence in the Middle East and reduce its economic dependence on China.

“China is investing in Israeli companies and acquiring Israeli technology in order to raise its military and industrial status and increase its influence," the report claimed.

According to the 2015 agreement between Israel’s Transportation Ministry and the Shanghai International Port Group (SIPG), the Chinese firm will begin running the port this year. Fearing the possibility that Chinese involvement would create a loophole to technological monitoring of the port and would act as a means of spying on Israeli and US naval activities in joint exercises, Washington has consistently urged Israel to drop the deal.

​Allegations of Chinese spying through technological investment and integration became a staple of the former Trump administration, which sought to put pressure on traditional allies not to offer contracts to technology firms with alleged ties to the ruling Communist Party in Beijing.

China has adamantly rejected the claims, instead accusing the US of attempting to restrict a global competitor to the current global dominance of US economic interests.