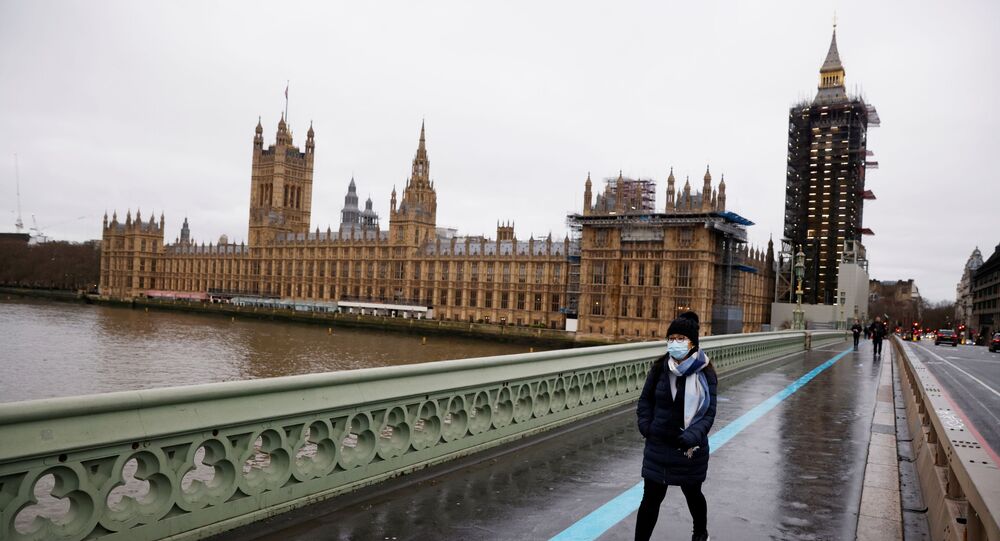 On Sunday, UK Prime Minister Boris Johnson raised the prospect of introducing tougher COVID-19 restrictions in Britain, stressing "the whole country is fully reconciled to that".

UK Labour leader Sir Keir Starmer has urged Boris Johnson to impose a third national lockdown in England within the next 24 hours in order to contain a growing spike in COVID-19 infections.

Starmer told reporters on Sunday that the move should be "the first step" to tackle the coronavirus which is "clearly out of control" and that "there's no good [in] the prime minister hinting that further restrictions are coming into place in a week, or two or three".

"That delay has been the source of so many problems. So, I say, bring in those restrictions now, national restrictions, within the next 24 hours. […] We can't allow the prime minister to use up the next two or three weeks and then bring in a national lockdown which is inevitable. Do it now", the Labour leader stressed.

Sky News cited an unnamed government source as saying in response to Starmer's comments that Johnson "has been consistently clear" that the government is "driven by the need to protect the NHS [National Health Service] and save lives - unlike Labour who have spent the last ten months playing party politics".

The source recalled that the government had moved more areas in England into the Tier 4 restrictions "to bear down on the new variant [of COVID-19] and escalated other areas into Tier 3".

"This targeted approach is the right one, and is kept under review based on the latest data", the insider added.

UK health experts have repeatedly warned about the potential hazards of the new coronavirus strain, "VUI – 202012/01", which according one British study claimed is at least 50 percent more contagious.

Starmer's remarks came hours after Johnson made it plain that he's not ruling out the imposition of stricter restrictions to rein in the increasing coronavirus infections.

He spoke amid UK media reports that tougher steps could be taken by the middle of January, and that these restrictions will not be lifted until Easter.

© REUTERS / HANNAH MCKAY
UK Scientists Exploring Antibody Therapy That Could Provide 'Instant Immunity' to COVID-19 - Report
In a separate development on Sunday, 54,990 more tested positive for COVID-19 in the UK, the sixth day in a row that new daily cases have exceeded 50,000. As of Sunday, the number of confirmed cases in the country soared to more than 2.5 million, with 74,570 fatalities, according to the World Health Organisation.

Three quarters of England's population are now in the grip of the highest Tier 4 restrictions, which were also introduced in all of Wales and most of Scotland. In Northern Ireland, a new six-week lockdown came into force on 26 December.

Tier 4 includes a stay-at-home warning, a limit on household mixing to two people outdoors, as well as the closure of non-essential shops, hairdressers, and gyms.