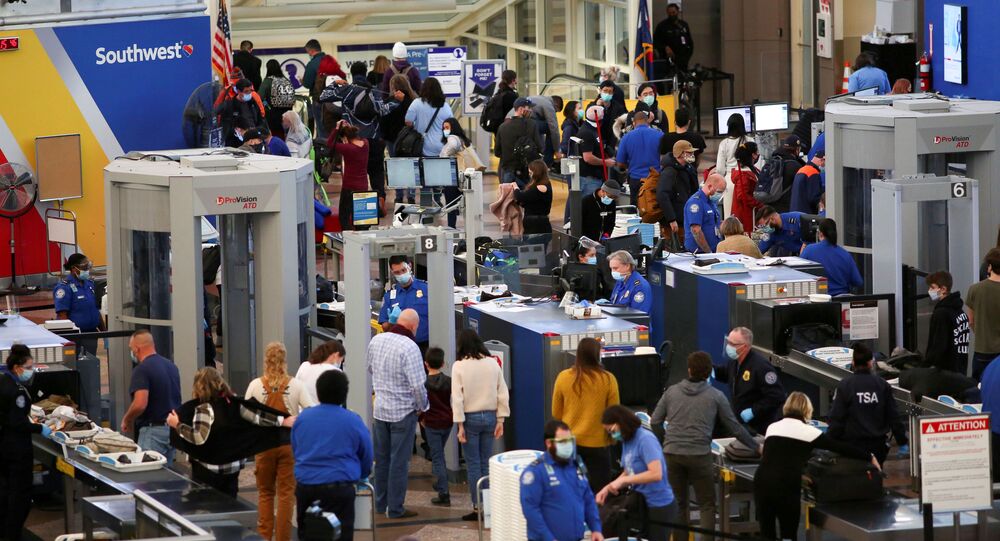 On Tuesday, authorities in the US state of Colorado detected the US’s first known case of infection by the new variant of COVID-19, originally discovered in the UK earlier this month. Colorado health officials described the patient as a man in his 20s with no travel history and said a possible second case is currently under investigation.

The US Centers for Disease Control and Prevention (CDC) said on Wednesday that the new coronavirus strain, first detected in the United Kingdom earlier this month, has likely been transmitting person-to-person in the country before the first known case was registered in the state of Colorado on Tuesday, CNN reported.

Based on the facts that the first patient diagnosed with the mutated strain of coronavirus in Colorado has no travel history and that state health authorities are now investigating a potential second case in California, CDC officials suggest that the new variant of the virus has been circulating undetected in the country.

“Public health authorities in Colorado detected a variant that was first identified in the UK, in a person who reported no travel history, the lack of reported travel history suggests this variant has been transmitting from person to person in the United States,” said Henry Walke, COVID-19 incident manager with the CDC, during a briefing Wednesday, according to CNN.

Although the mutated coronavirus, said to be more contagious, has not yet proved to cause more severe symptoms than the previous one or to increase the risk of death, the new variant could infect more Americans and “put even more strain on our heavily burdened health care systems”, said Walke.

Commenting on reports about another new COVID-19 strain that emerged in South Africa, Walke said that there is no evidence that the South African variant is spreading in the US. He added that CDC health techs are studying how the two variants respond to various treatments.

“We're still learning how they might respond drugs, and other Covid-19 treatments including monoclonal antibodies and convalescent plasma,” Walke stated.

Later on Wednesday, health officials in the US state of California confirmed a first case of the novel COVID-19 strain found in the UK.

“Just an hour or so ago we were informed that this new variant, this new strain, has been identified here in the state of California, in southern California,” California Governor Gavin Newsom said in a virtual discussion with top US infectious disease expert Dr. Anthony Fauci on Wednesday.

On Tuesday, Colorado registered the first case of the infection with the mutated coronavirus originally discovered in the UK earlier in December. On Wednesday, Colorado health officials announced that a possible second case was under investigation.

At the present, cases of infection with the novel COVID-19 variant found in the UK have been registered in several other countries, including Canada, Germany, the Netherlands, Australia, the UAE.