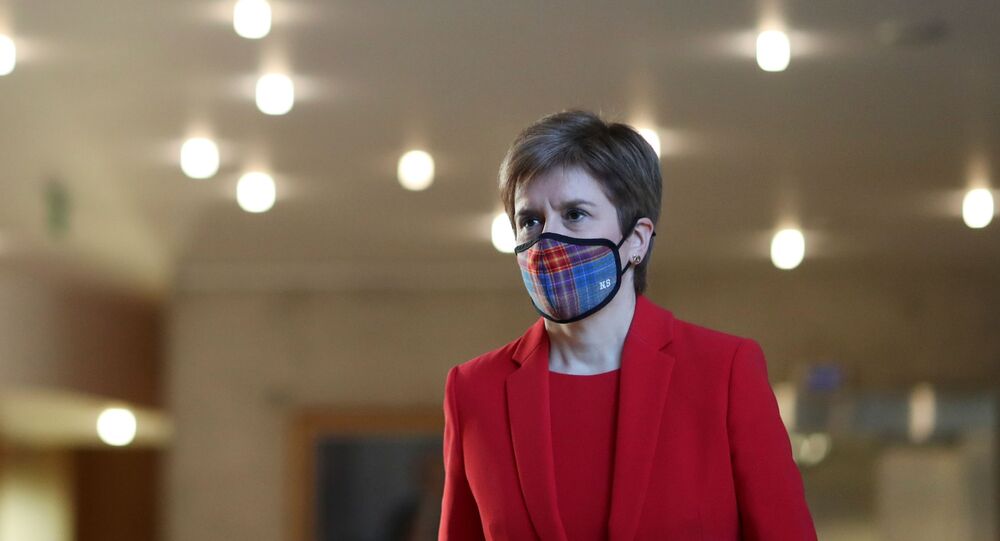 On 24 December, days before the post-Brexit transition stint was to expire, Boris Johnson’s team reached a “Canada-style” deal with the European Union that sets out trade and governance conditions that will take effect starting from 1 January.

A senior Scottish Tory has blasted First Minister Nicola Sturgeon over the SNP’s purported intention to oppose Boris Johnson’s Brexit trade accord, suggesting she sought a no-deal exit in order to boost her case for independence.

MP for Moray Douglas Ross pointed out that Sturgeon had actually long warned of the perils of exiting the EU without a trade in place.

“No amount of spin from the Nats can hide that after months of warning against a No Deal outcome, that is exactly what the SNP will vote for on Wednesday”, he tweeted, fuming that the question is never about “what’s best for Scotland”, but it’s “always about separating” the country.

SNP Up in Arms

Although Ms Sturgeon recently expressed hope for a deal to arrive because “no deal would be catastrophic”, the SNP contended that the party would vote against Johnson’s freshly inked agreement with the EU, which is still up for a vote in Parliament, insisting it will be a “disaster for Scotland”.

The SNP's Westminster leader, Ian Blackford, came up with fiery remarks against Johnson’s effort, dubbing his “extreme” Brexit “an unforgivable act of economic vandalism and gross stupidity”, warning of the “lasting damage” it would inevitably do to the country’s economy, he believes.

“Scotland has been completely ignored by Westminster throughout the Brexit process and we are being forced to pay a devastating price”, Blackford went on to thunder, saying the only way to protect the interests of Scots and “regain the full benefits of EU membership” is to pursue independence.

Sturgeon earlier mentioned such plans, saying she would like to hold another Scottish independence referendum, years after the first one in 2014, but Johnson is refusing to give permission to this end, saying the earlier vote had already resolved the issue.

The European Union and the UK reached "a comprehensive Canada-style free trade deal" last Thursday following months of stalemate - in part due to the coronavirus pandemic - interchanging with tough talks. European Commission President Ursula von der Leyen praised the deal as fair and well-balanced, while UK Prime Minister Boris Johnson said that it might not be a "cakeist treaty", but was still "what the country needs at this time".

The PM underscored that the deal stipulates a giant free trade zone starting from 1 January and is due to raise the country's share of fishing quotas – one of the biggest stumbling blocks along the way – from around half to two-thirds in 5.5 years. Johnson’s deal will now be voted on by the House of Commons, where it is likely to be greenlit due to the 80-seat Tory majority, as well as Sir Keir Starmer and Labour’s approval of it.

Scottish First Minister Sturgeon: The Sooner We Can Have Independence, The Better For All of Us