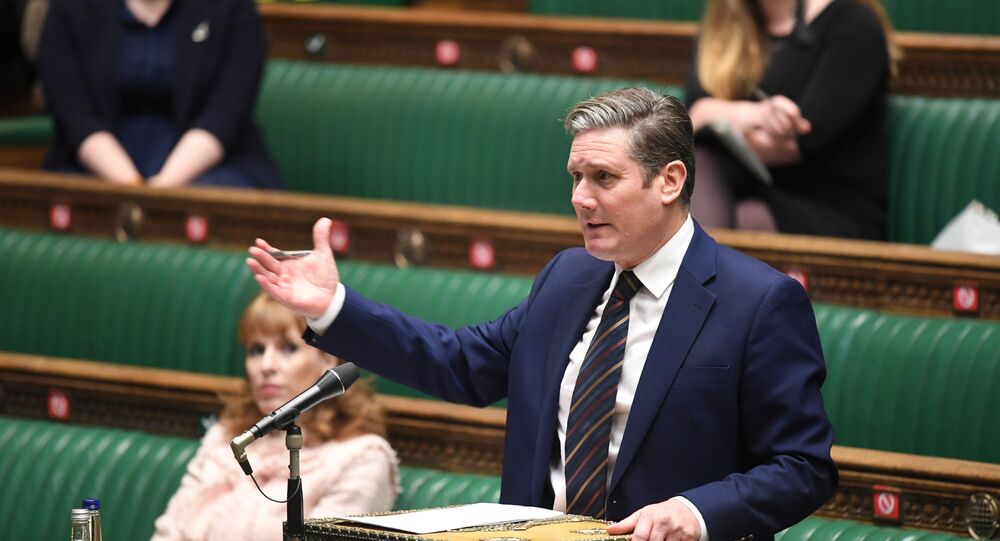 London and Brussels clinched a post-Brexit trade deal last Thursday, a week before the transition period was about to expire. It still needs the approval of the European Council, the European Parliament and UK lawmakers.

Labour leader Keir Starmer is facing rebellion from his party members against the party's position on Brexit agreement, with prominent politician calling it a "rotten deal".

"This deal is a substantial downgrade of the UK’s relationship with the EU and is designed to open the door to rampant economic deregulation – a loss of rights and protections for workers, the environment, food standards and many other areas of life," the statement reads.

The signatories also include activist Laura Parker, the former head of Momentum, a group that supports the Labour party, film-maker Paul Mason and Michael Chessum, from Another Europe Is Possible, who coordinated second-referendum efforts under Jeremy Corbyn.

According to the group, they aim at proper parliamentary scrutiny of the deal and setting out an alternative.

At the same time, Tories, who are studying the Brexit deal, are set to deliver their verdict on Tuesday afternoon. Though they're widely supportive of the arrangement, some issues, including the fishing rights, will be addressed.

The UK Parliament will convene on 30 December to discuss and vote on the deal that is expected to be approved after Starmer confirmed that Labour would support it.

© AP Photo / UK Ministry of Defence
'Global Britain': How Will the UK Play Its 'Sovereignty Card' on the World Stage Post-Brexit?
The European Union and the UK reached a trade deal last Thursday following months of tough talks. European Commission President Ursula von der Leyen praised the deal as fair and balanced, while UK Prime Minister Boris Johnson said that it might not be a "cakeist treaty", but was still "what the country needs at this time".

The PM noted that the deal will create a giant free trade zone starting from 1 January and raise the country's share of fishing quotas from around half to two-thirds in 5.5 years. Fishing rights had been among the thorniest issues in post-Brexit negotiations.