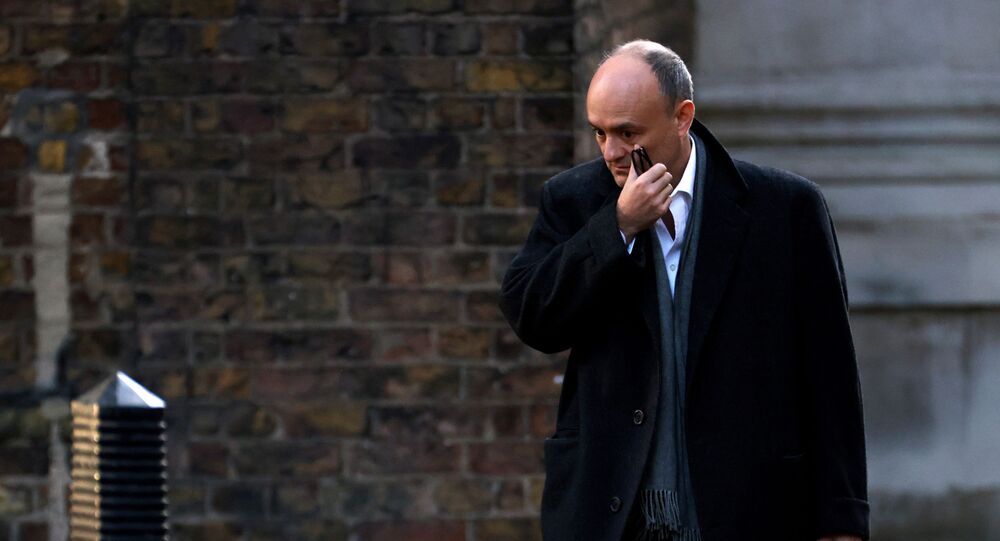 UK Secretary of State for Transport Grant Shapps has said that "advisers come and go" as he commented on rumours that the Prime Minister's adviser Dominic Cummings is planning to resign.

"As he wrote right at the beginning of the year in his own words, he planned to make himself largely redundant this year with the big thing that he'd worked on, of course, which was Brexit, coming to an end at the end of the transition period, which is 31 December," Shapps said.

According to Shapps, Dominic Cummings had no plans to remain in his position as Boris Johnson's senior adviser for much more than a year, as the UK is slated to withdraw its informal membership in the European Union in late December.

Prior to this, Cummings reportedly told the BBC that "rumours of me threatening to resign are invented", insisting that he had always thought of stepping down at the end of 2020, when the Brexit transition period is expected to be over.

The comment comes after Lee Cain, the director of communications for UK Prime Minister Boris Johnson said in a statement he will be resigning from his position.

Following the announcement, UK media outlets reported that internal tensions are brewing inside Downing Street, and speculation has arisen over the future of the prime minister's top adviser, Dominic Cummings.

© AP Photo / Alastair Grant
Dominic Cummings’ UK Lockdown Breach Scandal Blamed for ‘Declining Public Faith’ in Unity of Nation
Cummings has faced calls to resign from at least 30 leading opposition lawmakers. The Guardian newspaper reported in May that Cummings, his wife and their child travelled from London to Durham in late March to stay with his parents after his wife started displaying COVID-19 symptoms. Cummings’s trip went against government guidance banning anyone with symptoms of the disease from leaving their house for any reason.

Although the report triggered a public outcry, the aide said that he was not considering resignation, stressing that he and his wife were guided by the desire to guarantee that the child would be safe even if they both fell ill. UK Prime Minister Boris Johnson and leading cabinet ministers have supported Cummings, saying that he acted responsibly.