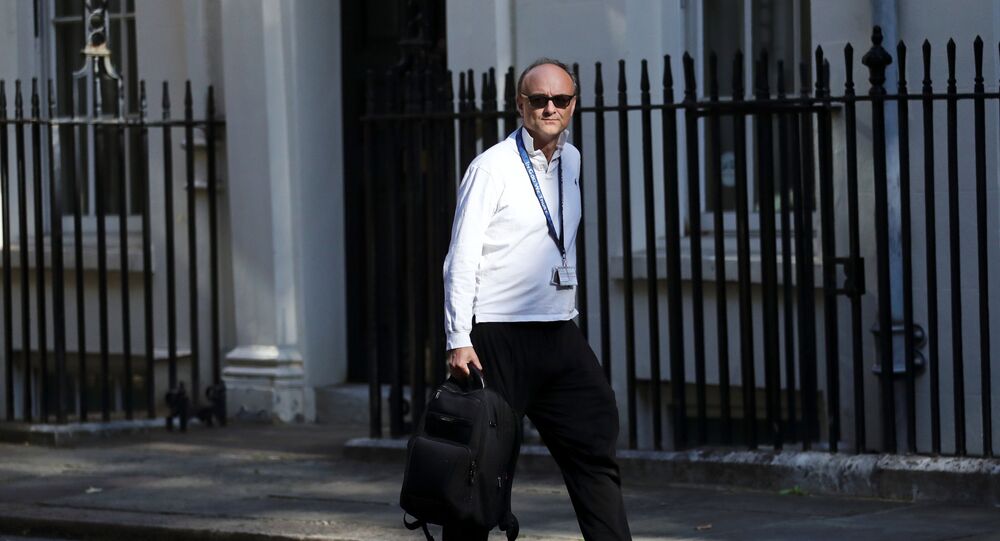 After allegations of a second lockdown violation emerged, Boris Johnson's chief aide, Dominic Cummings, stated he had phone data to prove he was in London at that time, with the prime minister saying he had seen this evidence but wouldn't make it available to the public.

The former chief prosecutor for northwest England, Nazir Afzal, has urged Dominic Cummings to hand over mobile phone and vehicle tracking data to disprove allegations of a second lockdown violation during the peak of the coronavirus pandemic.

"All we ask, on behalf of the law-abiding public, is that Mr Cummings, who has regularly spoken about the importance of data, provide the data that will evidence his whereabouts and prove he was telling the whole truth in the Downing Street garden. We have written to Ms Wakefield too because she has yet to give an account of her whereabouts, which has become increasingly relevant as witnesses give their accounts. The public deserves the truth, nothing else", Afzal explained.

Afzal and his lawyers have requested to provide location data from Cummings' and his wife's mobile phones as well as tracking data from the two Land Rover Discovery vehicles the family were seen using in April and May.

The couple has also been asked to authorise the police to check automatic number plate recognition records for the lockdown movements of the vehicles.

© AP Photo / Al Drago
‘A Brilliant Guy’: Steve Bannon Allegedly Lauded Dominic Cummings, Predicted More ‘Populism’ for UK
The move was prompted by four witnesses alleging they saw someone who they believed was Cummings in the woods south of Durham on 19 April, days after he returned to London following his first 17-day trip to the northeast.

Dominic Cummings found himself at the centre of a scandal in May, after a story broke that amid COVID-19 lockdown protocols in the country, he reportedly drove from his London home to his parents' farm in Durham with his son and his wife, with the latter displaying coronavirus symptoms. He has consistently dismissed the allegations.