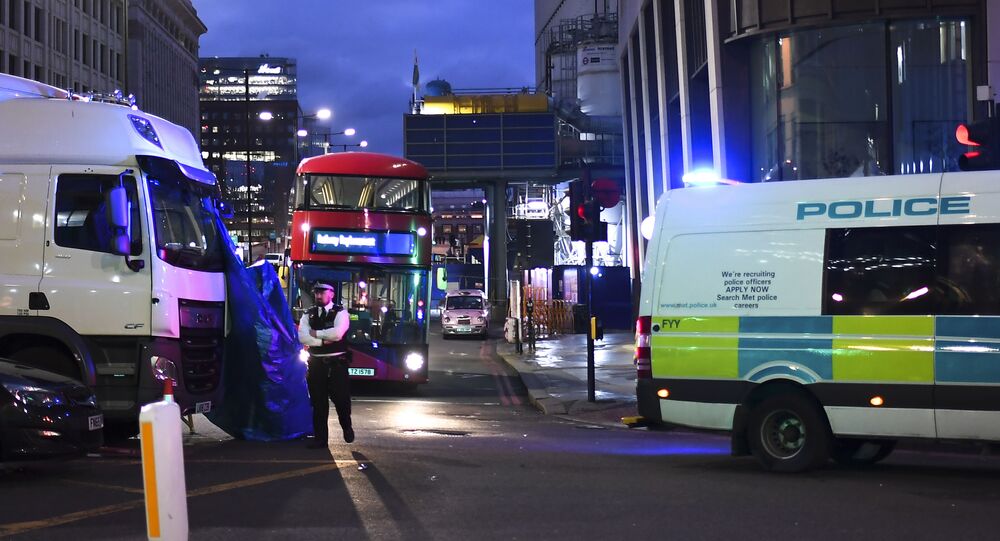 Two people were stabbed to death and three others injured during the London Bridge Attack on 29 November 2019 by British national Usman Khan, who had been released from prison in on licence after serving a sentence for terrorist offences; however, the attacker was tackled by three men who managed to disarm the suspect.

A murderer on his first day out on licence from jail who risked his life in an effort to apprehend the London Bridge terrorist has been granted the royal prerogative of mercy, reports The Guardian.

Steve Gallant, 42, who was convicted in 2005, was one of three men who bravely confronted 28-year-old Usman Khan, a prisoner released on parole in December 2018 after spending eight years in jail on terrorism-related charges.

Khan had been attending an offender rehabilitation conference in Fishmongers' Hall when he threatened to detonate what turned out to be a fake suicide vest and started attacking people with knives taped to his wrists.

He killed two of the conference participants by stabbing them in the chest, yet was confronted by three men, including Gallant. The latter had armed himself with a narwhal tusk, ripped off the wall by Darryn Frost, a civil servant at the Ministry of Justice, to run after the perpetrator.

Khan was subsequently shot dead by police on London Bridge after being held down by members of the public.

Have just seen this.Highlights just how frenzied and dangerous this terrorist was. These three men must be up for the George Medal at the very least. Potentially many lives saved by a fire extinguisher, a whale tusk and valour. #LondonBridge

​A video from the scene posted online showed the three men tackling the terrorist with the narwhal tusk and a fire extinguisher before dragging him to the ground and disarming him.

Afterwards, Gallant was cited as saying he “didn’t hesitate” to confront Khan.

“I could tell something was wrong and had to help. I saw injured people. Khan was stood in the foyer with two large knives in his hands. He was a clear danger to all,” said Gallant.

In an unprecedented decision, Steven Gallant will now have 10 months knocked off his 17-year sentence, and couold apply for parole when he faces a Parole Board hearing in June.

The last convicted murderer to be granted a royal pardon was former IRA leader and police informer Sean O’Callaghan, released nearly 25 years ago.

The Ministry of Justice was quoted by the outlet as saying the decision to pardon Gallant was motivated by his “exceptionally brave actions […] which helped save people’s lives despite the tremendous risk to his own” during the incident in November 2019.

Steve Gallant was jailed for battering to death firefighter Barrie Jackson outside a pub.

The victim’s son, Jack Jackson, was quoted as responding to the news of the pardon by saying:

“I have mixed emotions – but what happened at London Bridge goes to show the reality that people can change.”

The father of Gallant’s prison mentor Jack Merritt, who was killed in the attack, said:

“Steve fully deserves this pardon, or reduction in sentence. It is fantastic.”

In a reference to his conviction for murder in 2005 Gallant said:

“It is right I was handed a severe penalty for my actions. Once I’d accepted my punishment, I decided to seek help. When you go to prison, you lose control of your life. Bettering yourself becomes one of the few things you can do while reducing the existing burden on society.”

UK Prime Minister Boris Johnson ssaid at the time that the people who tackled the terrorist displayed extraordinary bravery and thanked them on behalf of the country.