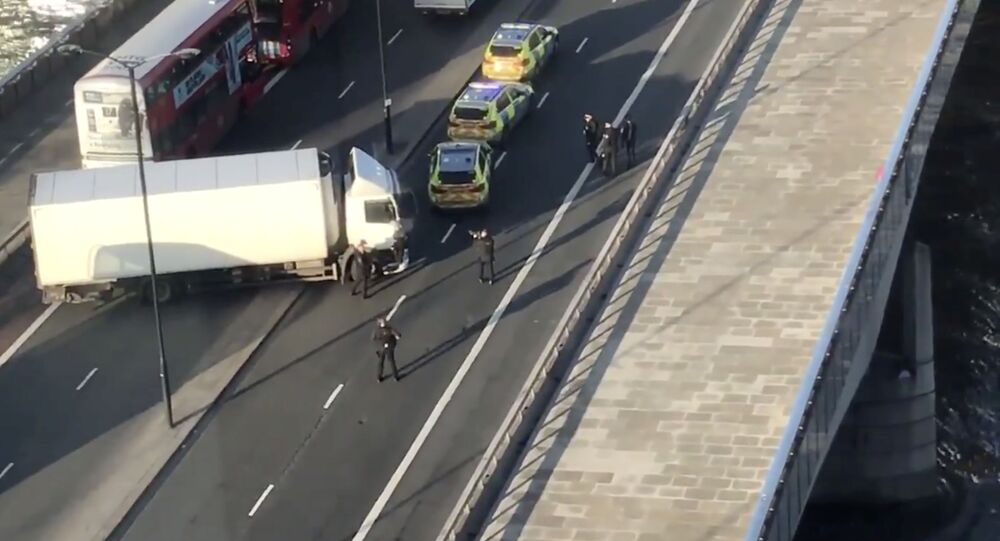 Following the deadly attack on London Bridge that took place on 29 November, police said that the perpetrator was not unknown to law enforcement and was on parole after serving a sentence on terrorism-related charges.

Usman Khan, a 28-year-old Pakistani-British man who killed two and injured three more during the London Bridge attack, had major plans as a terrorist prior to his conviction in 2012. In fact, his ambitions were so vast that the judge called him and two other terrorist co-conspirators "serious jihadists", advising that they not be released as long as they pose a threat to public safety.

"These offenders would remain, even after a lengthy term of imprisonment, of such a significant risk that the public could not be adequately protected by their being managed on licence in the community, subject to conditions, by reference to a preordained release date", the judge reviewing Khan's case wrote in the ruling.

Despite receiving 16 years in a 2013 appeal, Khan spent only six years in prison and was released on licence and with a GPS tracker on him in December 2018. Almost a year later, he carried out a terror attack, although not nearly as ambitious as those he and his terrorist associates had planned in the 2010s.

Khan, along with other members of the Al-Qaeda*-inspired terrorist group he was part of, had hopes of gathering funds to build a terror training camp and madrasa, an Islamic religious school, near a mosque in a Pakistani-controlled area in Kashmir where his relatives owned land. There, he and his accomplices were hoping to train in the skills needed to perform terrorist acts abroad.

They even found a reliable source of funding. According to wiretap recordings of the group, cited by The Guardian, they saw British social benefits as the easiest way to accumulate the necessary sum without lifting a finger.

"On jobseeker’s allowance we can earn [the money we need for the camp], never mind working for that", Khan said in one of the conversations.

Following their training in Pakistan, the group, including Khan, also hoped to test their newly acquired skills by getting "first hand terrorist experience" in the Jammu and Kashmir region, controlled by India, surveillance showed. The latter has been suffering from terrorist attacks in the area for years.

But what the members of Khan's group were arrested for was even more ambitious. The MI5 determined that they had planned a series of attacks akin to the multi-day terrorist assaults in Mumbai in 2008, but this time targeting the British Parliament.

Apart from this, the group was intending to send bombs through the post, as well as plant pipe bombs at the London Stock Exchange and US Embassy in the UK. Khan and the group also planned assassinations of prominent politicians and religious leaders. Among them were London's then Mayor and current Prime Minister Boris Johnson, the dean of St Paul’s Cathedral, and two rabbis.

Ties to UK Islamists and Release on Licence

According to information obtained by the Centre on Radicalisation and Terrorism at the Henry Jackson Society, Usman Khan was also on close terms with Anjem Choudary, the notorious Islamist preacher who founded the Al-Muhajiroun group, which has been banned in the UK. The Henry Jackson Society noted that Choudary's mobile number was found in Khan's cell phone. According to the centre, Khan was a student and friend of the preacher.

"Usman Khan was a loyal and integral member of Choudary’s inner-circle and we know him to have been highly regarded by Choudary", the Henry Jackson Society's report said.

Choudary has praised the people behind the 9/11 attack and July 2005 bombings in London, as well as called on people to join Daesh*. The latter led to him being convicted in 2016 and sentenced to five years and six months in prison, but, just as Khan, he was released on licence in October 2018.

According to the UK's Parole Board, both Khan and Choudary were released automatically without reviewing their cases. Khan was restricted in his movements by a GPS tracker, but was allowed to visit an event called Learning Together, devoted to the socialisation of former prisoners.

The event took place in Fishmongers’ Hall, near London Bridge, and that is where Usman Khan reportedly launched his attack, soon after attendees returned from their lunch break, fatally stabbing two and seriously injuring three more.

What We Know So Far About the London Bridge Attack