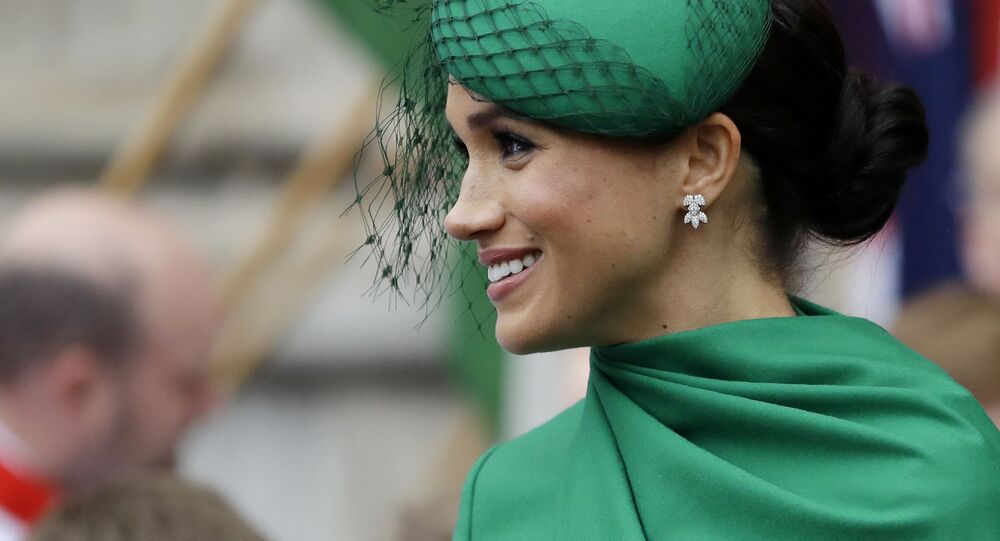 Last week it was reported that the Sussexes may have breached royal protocol when they recorded a video in which they spoke about the upcoming presidential poll, with critics deeming their remarks politically non-neutral.

Speaking alongside her husband Prince Harry in a video interview with the Evening Standard, Meghan Markle sang praise to the Black Lives Matter protests across the US, calling the demonstrations “a beautiful thing” as long as they aim to bring “unity and recognition of equality”.

She went on to acknowledge that the often violent rallies that swept across the country in the wake of African-American man George Floyd’s death in police custody had at times been “inflammatory”.

“The impetus is from a place of recognizing equality and if you just go back to its ground level, I don't think there's anything controversial about it”, she said, adding that “what has been inflammatory for a lot of people is when any version of the community becomes disruptive”.

Dwelling on the massive riots, which did not infrequently spill out into looting and mass vandalism, Markle contended that as long as “we focus on the uplift and the positivity while still acknowledging the past” things can be “reshaped” and become “really exciting”.

The couple spoke out from their new Santa Barbara home on the first day of Black History Month in the UK, demanding that an end be put to “structural racism” in Britain.

Further on in the video sit-down, Prince Harry speculated on his own racial “awakening” at the issues faced by black people “because I wasn't aware of so many of the issues and so many of the problems within the UK, but also globally as well”.

Their interview is the latest in a long series of socio-political comments offered by the couple.

They have been repeatedly called out for breaking royal protocol, being accused of meddling in politics, with the issue reaching a boiling point last week when Harry weighed in on the upcoming US election by urging voters to “reject hate speech, misinformation and online negativity”.

The comments were widely interpreted as a veiled dig at the US' outspoken president, Donald Trump, and prompted Buckingham Palace to promptly distance itself from Harry by noting that he was “not a working member of the Royal Family”.

In a TV appearance to mark Time Magazine's new compilation of 100 most influential people, which incidentally didn’t include the royal couple, Meghan described November's vote as the most important election of her lifetime.

Meanwhile, Harry complained that he had never been able to exercise his democratic right to vote because of a rule that, as a member of the British Royal Family, he should remain politically neutral.

On 8 January, Prince Harry and Meghan Markle announced they were stepping down from their senior royal roles in a bid to work to lead financially and personally independent lives. The public met the move with outrage, with media reports claiming at the time that the couple had failed to notify other members of the family, including Her Majesty, about their plans.

In their bombshell announcement, the couple also said they would balance their time between the United Kingdom and North America, where Markle built her career as an actress. After living for some time in Canada, the couple moved just before the lockdown to California, voicing plans to “so something that matters”, namely run a wellbeing empire named Archewell.

Also, the ex-senior royals recently went public with their plans to join efforts with the American streaming giant Netflix to produce documentaries, TV series, feature films, and children's programmes, stressing they want to provide "hope and inspiration" with their projects.