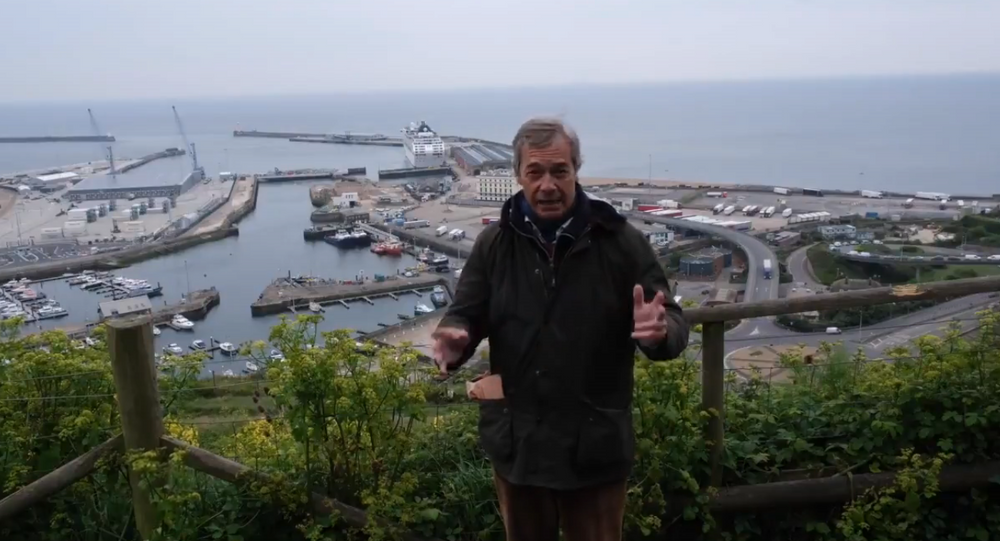 Brexit: Farage Says UK Should ‘Just Leave’ with No Deal after ‘Four Years of Agony’

Farage said that, while he did not believe the EU was acting in good faith, it was only asking PM Boris Johnson to keep his promises under a treaty the Brexit Party leader now insists should never have been signed.

Brexit Party leader Nigel Farage has called for a "clean break" no-deal exit from the European Union (EU) as the deadline in trade talks looms.

"We can never have a clean break Brexit with an EU treaty," Farage tweeted on Thursday. "After 4 years of agony the time has come to just leave."

But legal action by the EU against its member states is common and could take years to resolve.

'Mr Brexit' tweeted earlier that UVDL's reaction to the Internal Market Bill was no surprise and BoJo should never have signed the "oven ready" deal last year, even if the EU "always acts in bad faith".

© Sputnik / Jason Dunn
Kent Border is 'Punishment' for Brexit, Driver Says, as UK Faces Mass Disruption at Port of Dover
​Talks between teams led by the UK's Lord David Frost and the EU's Michel Barnier have been deadlocked for months over continued fishing access for European vessels and for Britain to stick to rules banning state aid to industries after it leaves.

"A three year transition on EU fleets is not what I campaigned for," he tweeted. "We have already waited 4 years."

​Meanwhile, the UK and fellow non-EU member Norway signed a bilateral agreement on managing fisheries which could allow boats from each nation to fish in each others' waters.