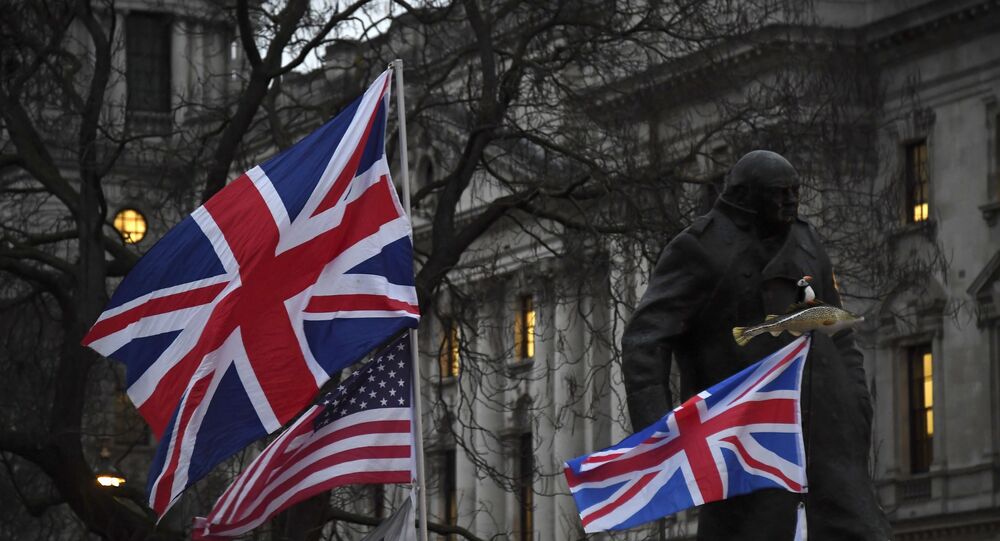 The development comes amid ongoing national debate in the UK about its imperial and colonial history. The UK wing of Black Lives Matter held protests in London throughout June during which a criminal vandalised the statue of Sir Winston Churchill by writing “was a racist" on it.

A group of prominent UK Conservative party MPs have called for the government to slash funding for the National Trust until it apologises for “smearing the name” of Winston Churchill and other British historical figures, according to The Express.

The Parliamentary Common Sense group of Tory MPs, chaired by the former minister Sir John Hayes, have reportedly penned a letter to Boris Johnson’s culture secretary, Oliver Dowden, on the heels of a report carried out by the British National Trust that claims more than 100 properties and monuments across the UK are linked with slavery and colonialism.

Among those sites identified by the trust s the Chartwell home in Kent of wartime Prime Minister - still widely popular among Brits - Winston Churchill. They cite Churchill’s role in the Bengal Famine of 1943 and his opposition to Indian self-governance as the reason for listing him in the report.

Tarnya Cooper, the curatorial and collections director at the trust, is quoted as saying that the report was the first step in trying to establish the connections between a number of cultural heritage sites around the UK and their colonial past.

According to The Express, Ms. Cooper said that she wanted the work to “integrate that [links with colonialism] into our narrative. It is also to raise awareness about the complexity of history in relation to place.”

“In the past we’ve told probably really straightforward stories, possibly from one particular direction. We want to be able to tell more nuanced stories so that we can provide open, honest, accurate and fair assessments of places without feeling anxiety that ‘Gosh … is that the right thing to be saying?’ In some ways the report is to provide greater confidence about talking about history,” she reportedly added.

However, a number of Tory Party MPs appear to think that the report is a deviation from the National Trust’s original mandate as a protector of Britain’s national heritage, including cultural and historical sites. The MPs charge that the organisation has submitted to a “politically correct” agenda.

The 12 MPs have issued a statement that begins by reading, “from its inception, the National Trust has played an important part in protecting our nation’s heritage, enjoying widespread support in this endeavour. Over 125 years since its foundation, the Trust’s work has been of immense value.”

However they go on to say that “patriots now witness its decline into a politically correct prejudice” which they say is “exemplified by the decision taken by the Trust’s ruling clique to explicitly link a number of their properties to slavery and colonialism, including Chartwell, the family home of one of Britain’s greatest sons, Winston Churchill.”

“We have therefore written to the Secretary of State for Culture, Media and Sport, requesting that he review all outstanding funding applications to public bodies submitted by the National Trust until such time as they have publicly apologised for smearing the good name of our nation’s past heroes and for the offence they’ve caused to patriotic Britons, including numerous National Trust members,” they add.

Sir John Hayes himself wrote in The Express that, “a tiny unrepresentative clique have infiltrated and stolen institutions - scuppering in just a few years the age old communal work and sacrifice of those who stood on the shoulders of giants… Now, the decision by its elitist directors to tarnish the reputation of Winston Churchill, one of Britain’s greatest sons, by explicitly linking Chartwell, his family home, to slavery, must and will not go unchallenged.”

Conservative party MP, Jacob Rees-Mogg, this week slammed the trust in the House of Commons as “shameful.”

“We should be proud of the great heroes in this nation like Winston Churchill. An organisation like the national trust should be hounded that it has Chartwell among its portfolio of properties. It should remember that its properties were given to it by people who expected them to be custodians of our history, proud of our history and to think well of our great nation.”

Former Conservative Party MP, Ann Widdecombe, appeared on talkRADIO to give her thoughts on the trust's move.

Ann Widdecombe says cancel culture "is exhausting" after the National Trust suggested Winston Churchill's home was linked to slavery: "This is taking everything too far... History is about the advance of human beings."
Watch the show ► https://t.co/nOOa1u1ALQ@JuliaHB1 pic.twitter.com/zPo7oyWXfq