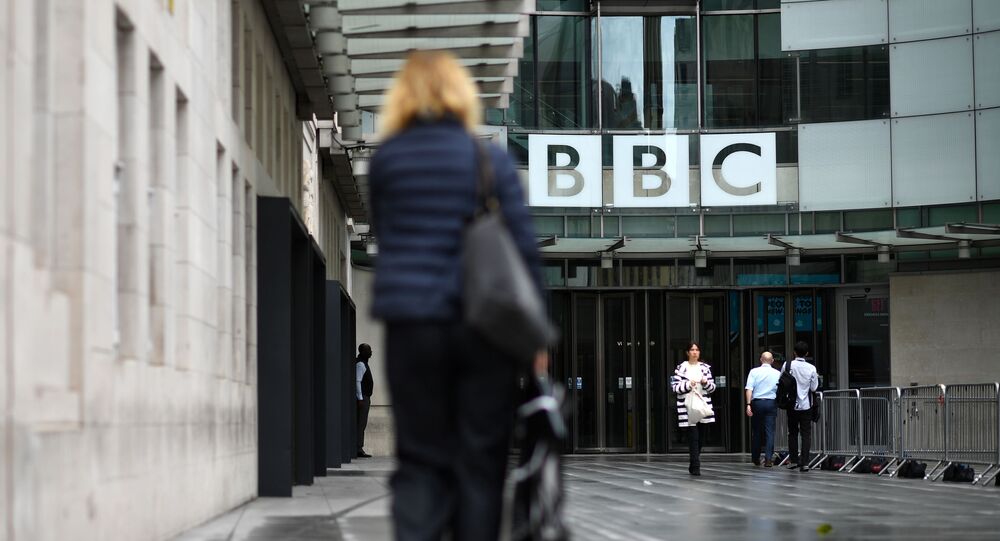 The news comes after the new Director-General of the BBC, Tim Davie, said that he believed the decision to cancel the lyrics of the songs Rule, Britannia! And Land of Hope and Glory at The Proms wrought “terrible damage” to the corporation, according to insiders who spoke to The Sun.

The former editor of the BBC’s flagship Today Programme has launched a scathing rebuke to “entitled” young members of staff at the broadcasting corporation who “expect to have their view of the world on air.”

In a column for The Financial Times, the 59-year-old journalist Sarah Sands, has suggested that many of the younger members of staff at the Beeb, which she quit earlier on in the year, are not open to political views that sit closer to the conservative end of the political spectrum.

Ms. Sands has said that while journalistic impartiality needs to remain a core principle at the BBC, “respect for the rules is weakening” and risks falling into a “cultural like-mindedness.”

“The BBC is not just a broadcaster but also an attentive employer in the age of the employee activist,” Ms. Sands wrote in her FT column.

“The result is a sense of entitlement among younger employees: they expect to have their world view on air. In its drive to reflect a new world, the BBC sometimes overlooks an older one. It can treat social conservatism with polite incomprehension.”

“These cultural and philosophical sensibilities are choppy waters. The row over the lyrics of ‘Rule Britannia’ leaves the BBC trying to patch up irreconcilable positions. Many of its staff feel passionately one way, many of its audiences another.”

Ms. Sands’ comments come on the heels of recent remarks by the newly minted Director-General of the BBC, Tim Davie, who reportedly told BBC staff that if they wanted to engage in political activism at the workplace, then they “should not be working” at the BBC.

He has reportedly spoken about an overhaul of BBC programming, particularly its comedy, which is perceived as being dominated by left-wing comedians, with an aim to include more conservative voices. Mr Davie has reportedly previously said that the BBC’s comedy shows are “too one-sided.”

Mr Davie has declared that he wants the BBC to be “about being free from political bias, guided by the pursuit of truth, not a particular agenda.”

He is alleged to have told staff recently that, “we urgently need to champion and recommit to impartiality. It is deliverable and it is essential. If you work here, nothing should be more exciting than exploring different views, seeking evidence with curiosity and creatively presenting testimony. Making use of our own experiences but not driven by our personal agendas. I wonder if some people worry that impartiality could be a little dull.”

“To be clear, this is not about abandoning democratic values such as championing fair debate or an abhorrence of racism. But it is about being free from political bias, guided by the pursuit of truth, not a particular agenda. If you want to be an opinionated columnist or a partisan campaigner on social media then that is a valid choice, but you should not be working at the BBC.”

The developments come not long after a fierce national backlash occurred following the BBC’s decision - before Mr Davie took over last Tuesday - to remove the lyrics of the traditional patriotic songs, Rule, Britannia! And Land of Hope and Glory at the annual Proms. A usually large audience sings along with the lyrics on live television, but was not present this year due to social distancing rules. It was then decided that the orchestra would play instrumental versions of the songs without on-stage singers.

Critics of the songs argued that they have lyrical ties to the age of British imperialism and colonialism, and are therefore, “racist.”

Subsequently, many angered Brits argued that the BBC had submitted to an agenda of political correctness and identity politics.

Prime Minister Boris Johnson slammed the move, saying that, “I think it’s time we stopped our cringing embarrassment about our history, about our traditions, and about our culture and we stop this general bout of self-recrimination and wetness.”

Former UKIP leader Nigel Farage also scolded the Beeb, saying that “the BBC had gotten this hopelessly wrong. The overwhelming majority of people in this country that care about this want to The Proms to be has they’ve always been.”

The BBC is not fit for purpose. This row over The Proms should lead to a broader debate about the licence fee itself. pic.twitter.com/6hg3UIJ6UC

It appeared that Mr Farage was right.

According to a YouGov survey, 55% of Brits were against the BBC’s decision to perform only instrumental versions of the songs. More damningly, a meagre 5% of respondents said that they thought the songs should not be performed at all.

The BBC quickly backtracked under Mr Davies’ leadership, and confirmed that the songs would once again be sung in full lyrics next year.