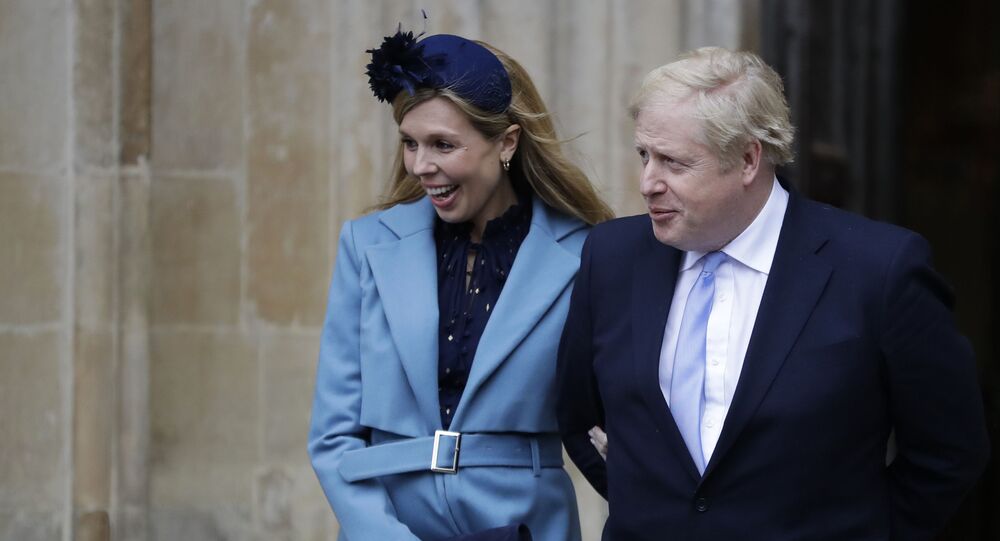 From BoJo to Royals: Chinese Tech Firm Draws Up Database on Tens of Thousands of Brits - Report

In a bid to “rejuvenate” the Chinese nation, a private firm has reportedly included specific details in its profiles on foreign big shots from politics and business from a range of countries, primarily those belonging to the Five Eyes intelligence network.

A Chinese tech firm has drawn up a database on tens of thousands of British figures, including top UK politicians like Prime Minister Boris Johnson, their children and their families, for use by the country’s intelligence services, according to a report by the Telegraph, which obtained part of the compilation.

The files on senior politicians, royals, businessmen, religious and military leaders and their families are reportedly to be currently stored on a Chinese server as part of a massive worldwide collection compiled by a private company, Zhenhua Data, which claims to be pursuing "the great rejuvenation of the Chinese nation".

Among the named persona are dozens of British cabinet ministers, peers and Members of Parliament, including the family of Tom Tugendhat, a Tory MP who has been a staunch critic of Beijing and the integration of Huawei equipment into the UK's nascent 5G networks. Separately, the database includes  Amber Rudd's daughter, the journalist Flora Gill, and the families of Justin Welby, the Archbishop of Canterbury, and Ephraim Mirvis, the Chief Rabbi.

The data lists private details like names and dates of birth, professional bios and criminal convictions, hobbies and the contents of diverse social media accounts which had ostensibly been deleted. The movements of UK and US naval ships tracked by special programmes are also there for sale.

Along with an estimated 40,000 Britons, millions of people in the US, Canada, India and Japan are named in the files, with Zhenhua Data claiming it provides "services for military, security and foreign propaganda" and "human-oriented threat intelligence services", and has allegedly sold its database to security clients in China.

The full contents of the said servers were reportedly stolen earlier this year by an anti-China activist, who then shared the files with the the Five Eyes intelligence network comprising the UK, the United States, Canada, Australia and New Zealand, before the contents were leaked to the Telegraph and other media organisations.

Senior MPs called for the UK government to take note of the compilation and be wary of China's purported interference, alerting it to the electronic surveillance of British citizens.

Tugendhat earlier expressed concerns that he is under surveillance by Chinese intelligence and said the data leak showed an "important change" in the country's approach.

"This is a further indication that their interest in UK politics has gone beyond the general and into the specific," he told The Telegraph. He believes it is clear that the Chinese government is seeking to get increasingly involved in politics abroad, and is thus exploiting private companies to this end – as part of a broader information-gathering bid.

The company's website has gone down, sincee The Telegraph attempted to reach it for comment.  A contacted representative of the company refused to address the allegations of the firm’s involvement in espionage at Beijing’s behest saying these questions concern “trade secrets, and it’s not convenient to disclose [them.]”

A spokesman for the Chinese government hasn’t commented on the alleged liaison between its intel and Zhenhua files, stressing China “has not asked, and will not ask, companies or individuals to collect or provide data, information and intelligence stored within other countries' territories for the Chinese government by installing 'backdoors' or by violating local laws."

The news about the Zhenhua  files comes at a time of fierce tensions between the British and Chinese authorities over new tougher security laws in Hong Kong, Britain’s former colony, and the scraping of Chinese telecom giant Huawei's involvement in the UK's promising 5G network, after the US had pressed its allies to do so citing national security grounds.