Refusing Huawei Will Come at a Cost for US Telecoms 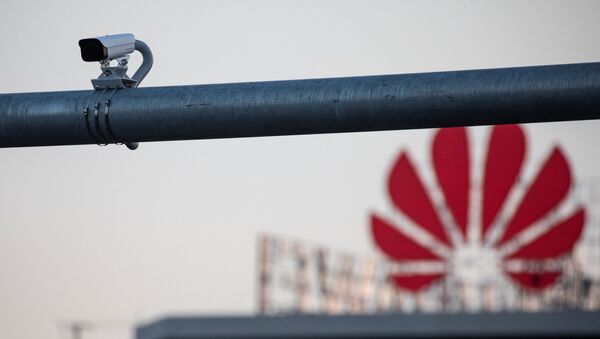 It will take small US telecom operators, operating primarily in rural areas, about $1.8 billion to replace Huawei equipment, according to a statement from the US Federal Communications Commission (FCC). Earlier, the administration of President Donald Trump declared hardware from Huawei and other Chinese companies a threat to national security.

US telecom providers who are now using Chinese equipment proscribed by the Trump administration must completely replace it, otherwise they will not be able to use state funds to purchase new equipment. The FCC has named some 50 small telecom companies that have Huawei or ZTE equipment implanted in their infrastructure. Larger operators such as CenturyLink and Verizon use Chinese equipment as well. Verizon, however, denies that Chinese hardware is used in its network infrastructure, claiming instead that it uses only Huawei's VoiceLink hardware voice communication tools. CenturyLink insists that it does not use its Huawei hardware to link directly to route traffic, and therefore is not subject to restrictive measures by the Trump administration.

In the United States, in addition to the big four mobile operators – Verizon, AT&T, T-Mobile, and Sprint – there are hundreds of small telecoms operating in rural areas, listed by the US Rural Wireless Association (RWA) as companies with fewer than 100,000 customers. The small number of subscribers, as well as rough conditions for infrastructure building in rural areas make these companies extremely cost-sensitive, which is why many opted for cheaper Chinese equipment. Since these companies have an important social mission by providing connectivity and broadband internet access to an estimated 50 million Americans in rural settings, they are entitled to state support and can use money from an $8.3 billion fund set aside to purchase equipment. After the Trump administration declared Chinese equipment to be a threat to national security, however, these companies can no longer rely on ready cash from the states, unless they replace their Chinese-made hardware.

According to Zhou Rong, senior researcher at Chongyang Institute for Financial Studies, Renmin University of China, there is no easy solution for these companies. On the one hand, they cannot disobey White House demands. On the other hand, abandoning Chinese hardware will entail serious costs, and there is no guarantee that the Trump administration has any plan in place for them to be compensated.

“There are currently about 50 telecom companies in the US using ZTE and Huawei equipment or services. These are mainly small companies. It will cost them $1.87 billion to abandon this equipment. Although the US Congress has sent certain signals that these costs will be somehow compensated, the question remains open: when and to what extent. This issue is going to cause controversy between American telecom operators and the US authorities. At the same time, rural telecom operators will be more sensitive to this problem. There is no doubt that the US will suffer more from this than China. Moreover, it remains to be seen if the United States will be able to completely oust Huawei from the US market. After all, US policies and sanctions against the Chinese company mainly serve the presidential hopefuls’ interests. If the interests of American telecom operators are severely infringed, this will affect the voters’ opinion, and Trump will have to choose the lesser of two evils.”

The FCC announced its readiness to compensate the costs that rural telecom operators will have to face to replace infrastructure, however, the US Congress has so far approved only the possibility of compensation, while the amounts that would be allocated are yet to be detailed. The FCC estimates that compensation could reach $1.62 billion. But even under such an optimistic scenario, telecom operators will have to pay more than $200 million on their own, which, given their small scope, could be a deal-breaker.

Of course, the existing Trump sanctions, which have banned almost all global manufacturers from supplying Huawei silicon chips, poses a problem for the Chinese company, as well. This is unlikely to affect fifth-generation communications development in China and in other countries, however, as there are reportedly other Chinese companies that could provide telecommunications equipment. Like any tech multinational, Huawei will be quick to adapt to new conditions, sometimes even outstripping US sanctions, Zhou claimed.

“Talking about how the US sanctions have affected Huawei’s business in other countries, I think there is a silver lining. Huawei has recently made good headway in its collaboration with Dutch satellite navigation company Tom Tom. The Dutch company’s Tom Go Navigation has been added to the Huawei AppGAllery, an app store for Huawei smartphones. It’s known that because of US sanctions, the Google GMS set of apps is not available on new Huawei smartphones. The HMS ecosystem is designed for Huawei smartphones to replace Google GMS in overseas markets. We can see that Huawei’s innovations are well ahead of US sanctions. Huawei very quickly adapts its strategies to new conditions and opens up new markets. I believe Huawei will continue responding to US sanctions with its innovations.”

Huawei revenue from telecommunications equipment or smartphone sales may decrease due to the Trump sanctions, although the Beijing-based multinational is always looking for opportunities to restructure its business to increase product density and profit. It was recently reported that, like most large tech companies, Huawei was migrating toward the cloud, supplying computing power for cloud services. CPUs used in this particular hardware product are not subject to sanctions by the Trump administration. Intel, Huawei’s main CPU supplier for cloud-based products, was previously licensed by the US Department of Commerce as a supplier to the Chinese company. This license remains valid.

According to some, the intention of the Trump administration to encourage US providers to build their own proprietary fifth-generation networks will come at a cost for American businesses and, ultimately, consumers. While most countries have launched 5G networks in the sub-6 GHz range, the White House and the FCC are currently clearing ultra-high frequencies for this purpose. On the one hand, such frequencies provide much higher data rates. However, the signal transmitted on such a range is reportedly unstable: a concrete wall or even glass can act as an obstacle. 5G development at ultra-high frequencies would require installing a larger number of transmitters, which can get more expensive. Some reports suggest that the Trump administration's abandonment of equipment from Huawei and other Chinese companies will only raise the price of the American project.