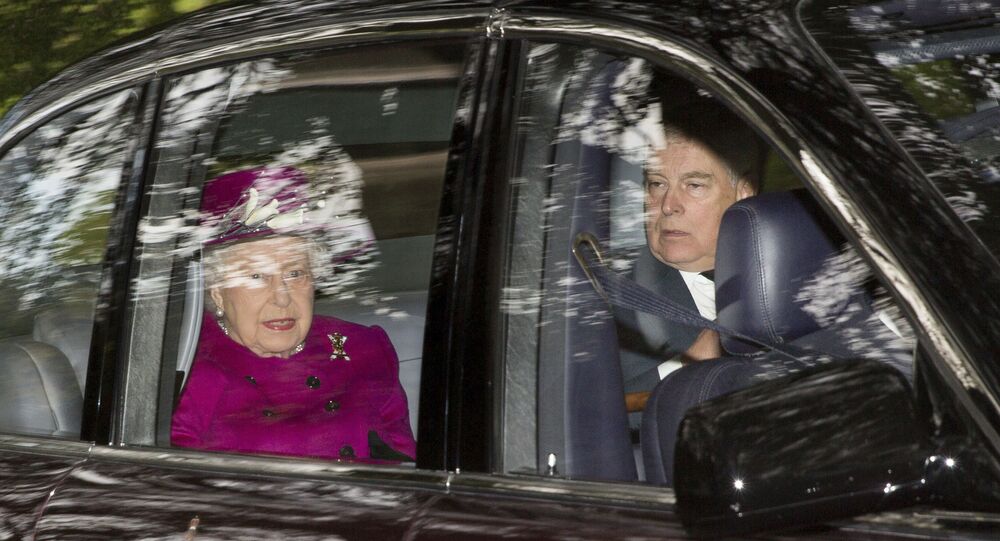 Prince Andrew has long denied any involvement in the wrongdoings of his late former friend Epstein, despite at least one woman alleging sexual predation at the hands of the royal.

Britain’s Prince Andrew has had “crisis talks” with his mother, Queen Elizabeth, over the Jeffrey Epstein saga, The Sun reports, citing sources with knowledge of the matter.

The Duke of York has reportedly visited the Queen at Balmoral Castle, her private residence in the Scottish Highlands. This is thought to be the first time they have met since July.

“The Queen and Andrew will have lots to discuss. So much has come out over the summer,” an insider was quoted as saying. “The Queen wants to be kept informed and she will not be back at Windsor until early October.”

Prince Andrew had been a friend of Jeffrey Epstein, the well-connected New York financier who was found hanged in his prison cell last August while awaiting trial on sex trafficking charges.

One of Epstein’s alleged victims, Virginia Roberts Giuffre, claims that he had pimped her out to powerful men, including Prince Andrew, when she was still a minor – allegedly in a bid to obtain potential blackmail information.

She claims that she was forced to have sex with the prince in the early 2000s, charges he vehemently denies.

A second woman, who is yet to be publicly identified, has reportedly made similar accusations.

Prince Andrew gave an interview last November to plead his innocence, but the bizarre alibis he offered up backfired heavily, and he had to step down from his royal duties.

US prosecutors investigating Epstein’s sex crimes have said that Andrew had provided “zero cooperation”, although lawyers for the prince announced in July that he had offered his help as a witness three times this year.

According to the lawyers, the US Department of Justice also told them that Andrew is not and has never been a “target” of their investigations into Epstein and that they sought his confidential cooperation.