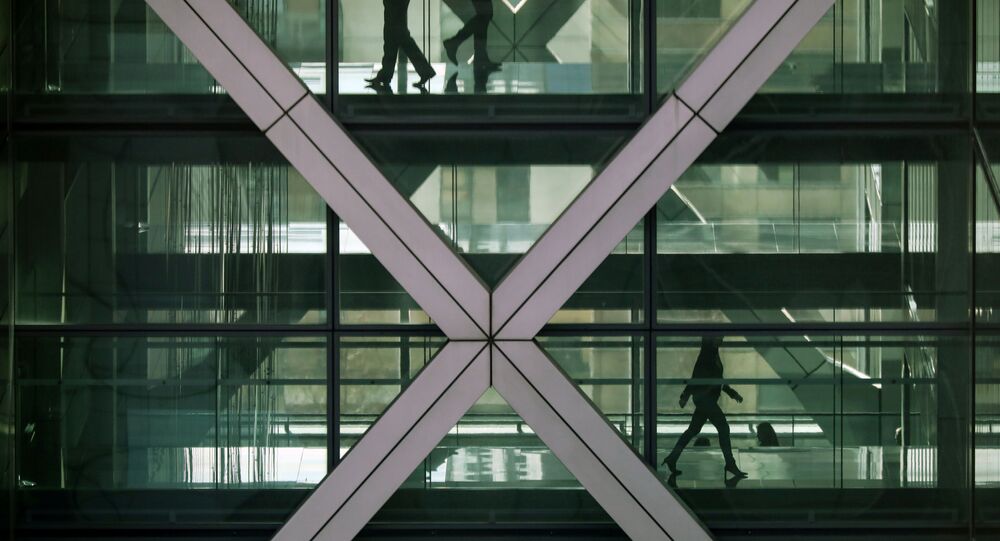 The report comes as official data revealed that the United Kingdom has officially entered an economic recession, with government ministers and businesses scrambling to restore normality amid the ongoing coronavirus pandemic.

Employment in the United Kingdom's service sector plummeted sharply in the second fiscal quarter from May to August, a Confederation of British Industry Service Sector survey found on Thursday.

Despite mixed optimism in business and professional services in the second quarter, consumer services sentiment fell slightly amid a record decline in business sentiment in both in Q2, the report said.

© CC BY 2.0 / DerDani
UK Public Debt Surpasses 2 Trillion Pounds Amid Pandemic Spending
Business volumes in the sector fell further in Q2, down 32 percent compared to a drop of 62 percent in May, but are expected to ease in Q3. Costs fell 30 percent, or its lowest point in recorded history, but were set to return to growth in the next three month, the report added.

Services employment also nosedived in Q2 as firms saw "steep declines in headcount" at the "fastest rate since May 2009" at 32 percent compared to 9 percent in Q1, with consumer services employment declining "at the fastest pace on record", the report added.

Outlooks for investment remained "bleak" with firms expected to reduce physical assets such as vehicles, machinery, buildings and training over the next 12 months, it said, despite reporting an increase in information technology services.

The quarterly slowdown had revealed "worrying falls in volumes, profitability and employment" in the services sector, and the impact of the ongoing coronavirus pandemic remained "clear" as the industry continued to face "challenges in terms of demand, revenues and cash flow", CBI principal economist Ben Jones said in a statement.

“There is also a clear divergence by sub-sector, with consumer services seeing a particularly severe hit to activity and employment. Meanwhile, although business and professional services appear to be holding up slightly better in comparison, future challenges include what our trading relationship will look like with the EU next year", he added.

The UK would need a "bold plan" in Autumn to protect jobs amid an end to Downing Streets job retention scheme, he said.

The news comes after CBI chief Dame Carolyn Fairbairn urged UK prime minister Boris Johnson in an interview with the Daily Mail to get workers back to the office, adding that commercial centres could become permanent "ghost towns".

“The UK’s offices are vital drivers of our economy. They support thousands of local firms, from dry cleaners to sandwich bars. They help train and develop young people. And they foster better work and productivity for many kinds of business. The costs of office closure are becoming clearer by the day. Some of our busiest city centres resemble ghost towns, missing the usual bustle of passing trade. This comes at a high price for local businesses, jobs and communities,” she said.

The announcement follows reports of a record 20.4 percent decline in Q2, the Office For National Statistics said, revealing the country had entered a period of recession amid negative growth rates over two quarters.

Downing Street launched an emergency fund totalling £12.3bn to back small and medium enterprises amid the ongoing pandemic, with the International Monetary Fund (IMF) reporting that the recession was the worst since the 1929 US stock market crash leading to the Great Depression. Chancellor of the Exchequers Rishi Sunak also said the economy would not return to normality as lockdown measures would spark a "sever recession the likes of which we have never seen".