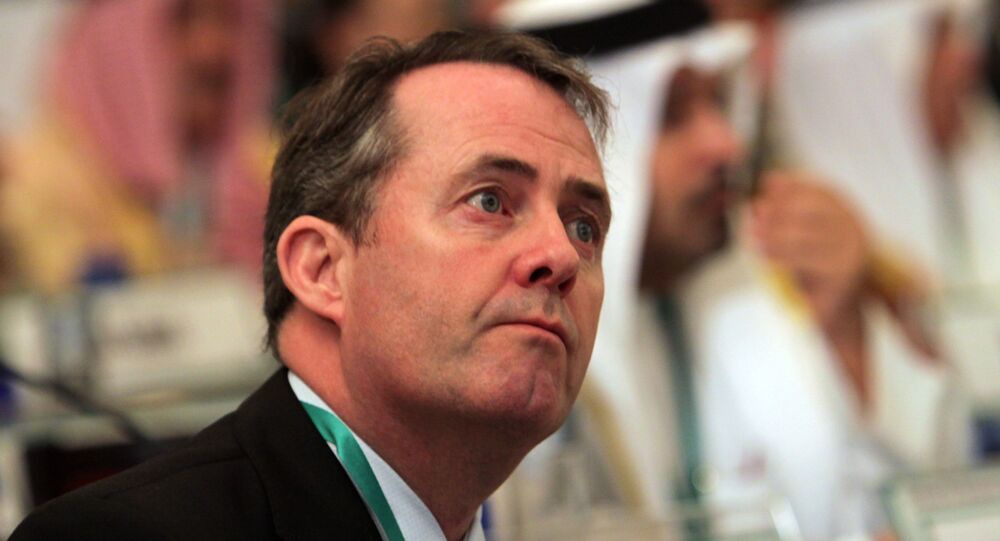 The development comes as last month British Foreign Secretary Dominic Raab claimed that Russian actors tried to interfere in the country’s parliamentary elections, which were held in December of 2019. The Kremlin has categorically denied the accusation.

Documents on the UK post-Brexit trade deal with the United States that were leaked last year before the election in the United Kingdom were allegedly stolen by Russian hackers from the email account of former trade minister Liam Fox, Reuters reported, citing two anonymous sources with direct knowledge of the matter, adding that Moscow has not yet commented on the issue.

According to Reuters, the hack reportedly occurred last year between 12 July and 21 October, with cybercriminals stealing six tranches of trade documents and accessing Fox’s account multiple times. According to Reuters’ sources, the hackers used a spear-phishing message (a personalized message that tricks an individual into sharing sensitive information, usernames, passwords, credit card details).

A spokesperson for the British government said it would not comment on the report.

"There is an ongoing criminal investigation into how the documents were acquired, and it would be inappropriate to comment further at this point. But as you would expect, the government has very robust systems in place to protect the IT systems of officials and staff”, a government spokesman told Reuters.

The development comes as last month a British government report claimed that Russia tried to influence parliamentary elections in December of 2019. Foreign secretary Dominic Raab claimed Russian actors tried to interfere "through the online amplification of illicitly acquired and leaked Government documents". The leader of Britain's UKIP party said the government's extraordinary claim against Moscow requires proof, but Dominic Raab said it is impossible to provide evidence due to the ongoing criminal investigation. The Kremlin has categorically denied the accusation.