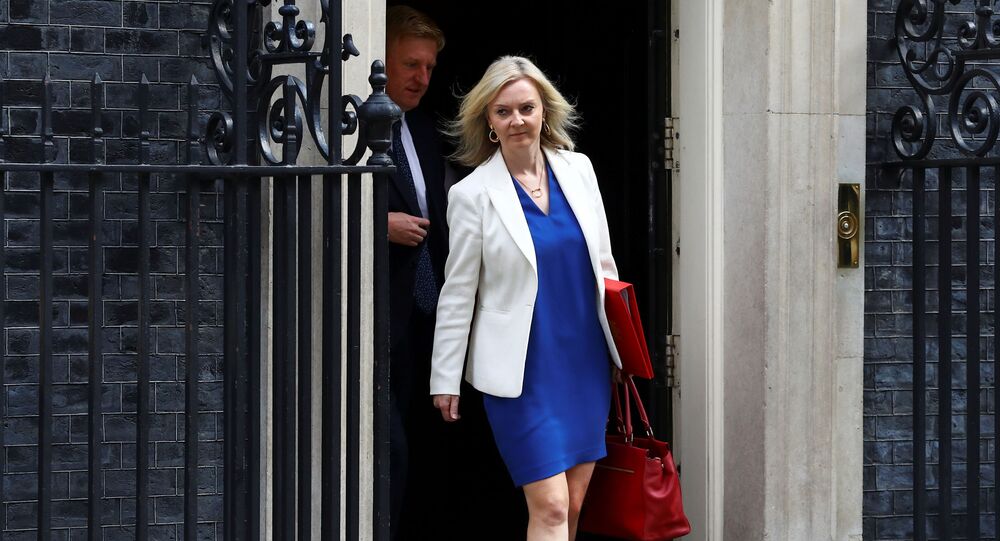 MOSCOW (Sputnik) - UK Secretary of State for International Trade Liz Truss will visit Washington next week to discuss progress in the free trade agreement negotiations with US officials, The Financial Times reported.

Truss will hold talks with US Trade Representative Robert Lighthizer on Monday and Tuesday in Washington, the newspaper said citing unanimous sources.

Last month, US Secretary of State Mike Pompeo said he had constructive and candid talks on a potential free trade deal during his meeting with British Prime Minister Boris Johnson in London.

"A third round (of negotiations) scheduled for later this month, a primary focus for the United States is to see that we can make progress on this and bring this to a closure just as quickly as possible," Pompeo said at the time.

According to a July report from the Financial Times, officials have blamed the coronavirus (COVID-19) pandemic for slow progress in trade talks between the US and the United Kingdom.

Truss told a parliamentary committee in June that there was no timetable set for London's trade talks with Washington, adding that British negotiators had made "very good progress" via video conference during the pandemic.

"We're not going to rush into a deal and there is no deadline. We will be tough in pressing our interests," Truss said.

The United Kingdom left the European Union in January, completing a process that began with the Brexit referendum held in June 2016. A transition period is currently in effect, giving London time to conclude a range of trade agreements.