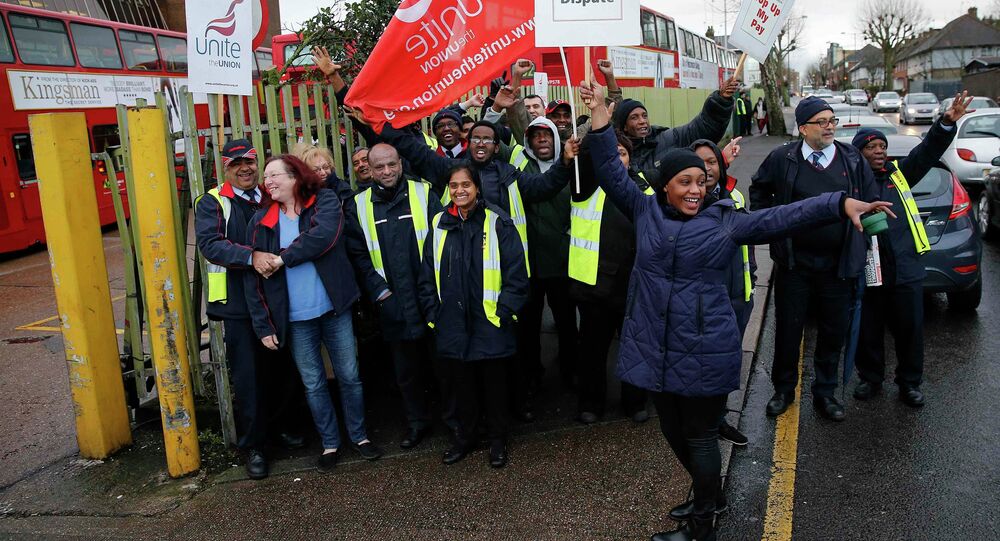 The UK's opposition Labour Party is becoming increasingly fragmented between supporters of former leader Jeremy Corbyn and the new leadership of Sir Keir Starmer, with prominent Corbynites criticising the decision to agree to a court settlement over antisemitism accusations.

The leader of the Labour's largest trade union backer has pledged to review its financial support following the party leadership's decision to settle an antisemitism court case with alleged whistleblowers.

Len McCluskey told the Observer on Sunday that Labour should not be "taking Unite's money for granted" after they party agreed to a "substantial" payout to seven individuals who accused leadership officials of interfering with antisemitism cases.

Mr McCluskey, who is an avid backer of former leader Jeremy Corbyn, called the payment an "abuse" of members' money.

"A lot of it is Unite's money and I'm already being asked all kinds of questions by my executive", the trade union leader said.

"It's as though a huge sign has been put up outside the Labour Party with 'Queue here with your writ and get your payment over there'".

He said there was "no doubt" that the union's executive would demand a review of its funding towards the Labour Party, which is now under the leadership of Sir Keir Starmer.

Unite has donated several million pounds in recent years and gave £401,875 to Labour in the first three months of 2020.

Deputy leader Angela Rayner, however, described the settlement as "prudent move" which was "part of that healing process" necessary following a wave of antisemitism accusations against the party.

The Corbyn leadership was plagued with accusations that he had failed to tackle anti Jewish racism within the organisation, with the BBC Panorama documentary which included the seven alleged whistleblowers.

In response to the film, the leadership at the time denounced them as "disaffected former staff" with a "personal and political axes" to grind in an attempt to undermine Mr Corbyn.

After the official apology following the June court case, Mr Corbyn said that he was "disappointed" with the decision as it undermined alternative perspectives revealed by the Labour report leaked earlier this year, revealing that individuals involved in the election team and the panorama documentary had "factional" differences with the labour leadership.

Labour was also reportedly given legal advice that the court case was winnable.