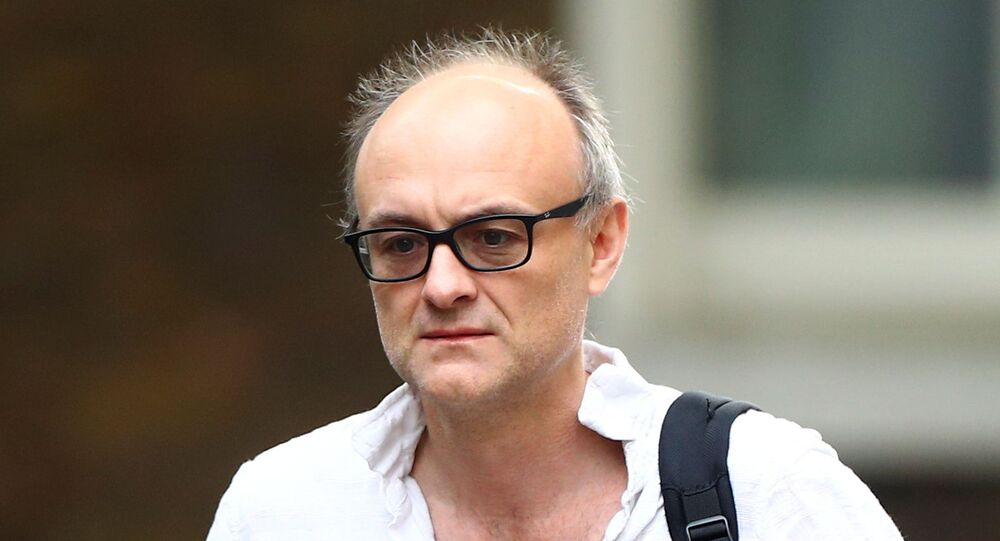 Boris Johnson's adviser Dominic Cummings found himself at the centre of a controversy earlier this year after it was revealed that he breached lockdown rules days after they had been imposed to travel to Durham.

Prime Minister Boris Johnson's adviser Dominic Cummings, 48, decided to take advantage of the scorching weather on Saturday, leaving his house in quite an unusual look.

Cummings was seen wearing a white shirt, black Hugo Boss jogging pants, and blue Nike trainers, while the whole appearance was topped off with a straw hat and a large wooden stick that the official used for walking.

Say what you like about Dominic Cummings, but he knows a good stick when he sees one. pic.twitter.com/yepbuzrflH

​Temperatures soared in the UK on Saturday, with some areas in the south of the country said to have reached as high as 28C - making them hotter than Mexico.

why does dominic cummings look like a wizard tricked him into joining a quest https://t.co/m2PeoNjKev

© AP Photo / Alastair Grant
Dominic Cummings to Visit the UK's Most Classified Military Sites
Dominic Cummings sparked widespread outrage for breaking lockdown rules after The Guardian reported that he, his wife, and their child had driven to the north-eastern city of Durham in late March to stay with the adviser’s parents after his wife started to display COVID-19 symptoms.

Cummings brushed off the backlash over the trip, saying that he was unable to find adequate childcare options in the capital in case his wife and he would have fallen ill with the respiratory virus.