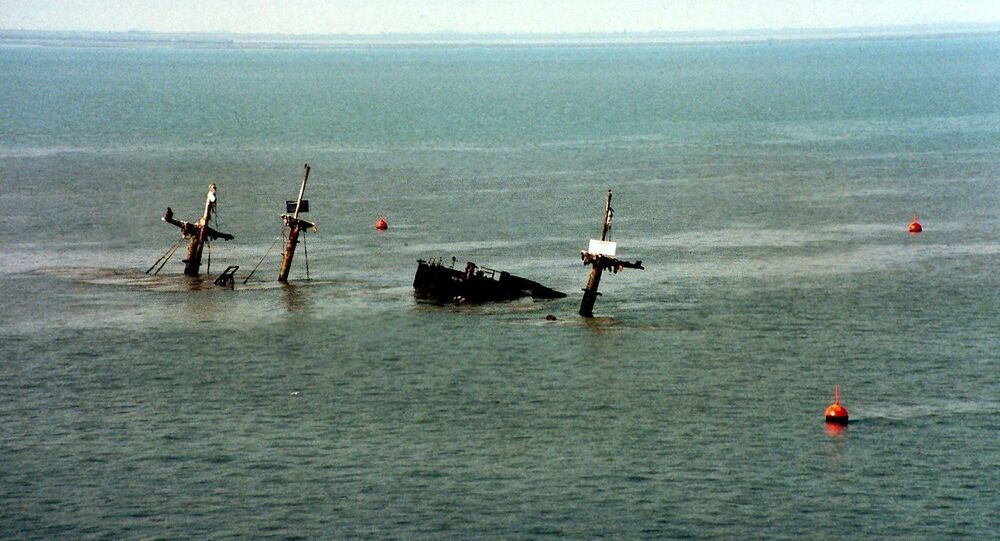 The SS Richard Montgomery, an American Liberty ship built during World War II, sank in the Thames Estuary in August 1944 while carrying 6,000 tonnes of ordnance, and lies on a sandbank, monitored round the clock by port authorities and protected by a 500-metre exclusion zone.

A shipwrecked World War II munitions vessel in the River Thames Estuary is to be removed over concerns that its deadly cargo of TNT, if it were to explode, might cause a “tsunami” threatening people in the nearby port of Sheerness, Kent as well as Southend in Essex, writes The Sun.

The bombs on board include dozens of “high explosive Blockbuster bombs” and around 2,000 cases of cluster bombs, in addition to hundreds of “normal bombs” weighing up to 1,000 lbs each, according to a yearly survey commissioned by the Maritime and Coastguard Agency.

A bid for salvage firms to remove the masts of the sunken vessel, which are all that is visible of the most monitored wreck in UK waters, has been launched by government officials. Small or medium enterprises (SMEs) have been given until 30 November to bid for the tender, in an extension to the original cut-off date of 3 August, due to the COVID-19 pandemic.

The #wreck of an American #WW2 Liberty Ship, the SS Richard Montgomery, within an exclusion zone slap bang in the middle of the shipping lanes of the Thames Estuary and still loaded with enough ammunition to cause significant damage to the #essex and #kent coast. pic.twitter.com/OKDU8reM4b

​Acting on safety concerns, the Salvage and Marine Operations Team has ordered that regular surveys be carried out, with parts of the ship to be salvaged on behalf of the Department for Transport.

The importance of removing the masts is explained by a need to stabilise the wreck by taking the excess weight off, to allay concerns that the decaying metal masts could collapse and trigger a blast.

Concerns have been raised over the dangers of an explosion on the shipwreck as far back as in 1970. At the time, the Royal Military College of Science warned that the force of a possible blast would create a 3,000 metre-high column of water, generating a five metre-high tidal wave that could engulf Sheerness with its 11,000 residents, before subsequently travelling up the Thames.

​In 2019, UK Government officials in the House of Lords had debated ways of containing the risks posed by the WWII munitions ship, owned by the US Government and designated as a dangerous wreck under Section 2 of the 1973 Protection of Wrecks Act.

Despite the visible masts, red buoys set up and an exclusion zone established to prevent anyone from going within a 500 metre radius of the wreck, there have been reports of a number of near misses with the sunken vessel.

The American Liberty Ship SS Richard Montgomery, carrying a cargo of 6,000 tonnes of ordnance to supply the Allied advance in France after D-Day had been anchored in Sheerness, Kent. It was in the middle sands in 10 metres of water when it was grounded by a force 8 gale and broke up in August 1944.

TIL of the SS Richard Montgomery, an American Liberty ship sunk in the Thames Estuary in 1… http://t.co/ADoTATMUAE pic.twitter.com/z4w49qmWgO

​Half of the cargo was removed before a crack developed in the hull that tore the vessel in two. The WWII relic was left to sink and has remained on the sandbank for the past 75 years.

Older Than US? Researcher Identifies Mysterious US Shipwreck – Report