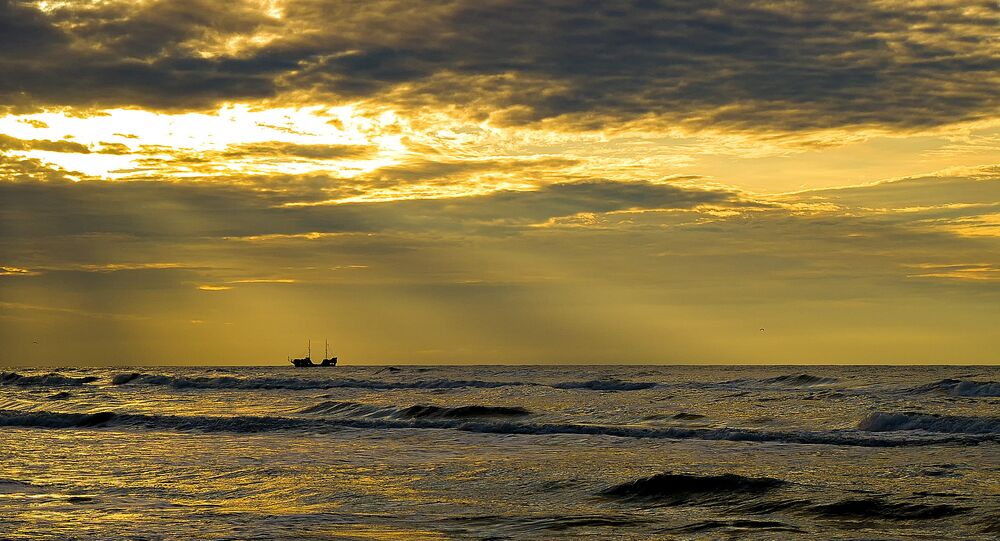 The cargo vessel C F Liljevalch was part of a convoy that shipped iron ore from northern Sweden to Nazi Germany in 1942. Outside Västervik, the ship was torpedoed by a Russian submarine and sank very quickly.

The Swedish Maritime Administration has produced a unique 3D image of a historic shipwreck that rests on the seabed off Sweden's coast.

The ship has been lying at the bottom of the sea, 60 metres deep, since World War II. Before the image became available, only divers had visited the site of the wreck.

The cargo vessel C F Liljevalch was part of a 16-ship convoy that transported iron ore from Luleå in northern Sweden to Germany in 1942. But outside Västervik in the Stockholm Archipelago, the ship was torpedoed by a Russian submarine and sank within half a minute.

The image was composed during a comprehensive survey of the Swedish waters for commercial shipping, during which the seabed along the Småland and Östra Götaland County coast is being mapped. In the process, an advanced sonar that sends out thousands of rays, is used. This allows for a detailed 3D image that shows a wreck's exact position.

“We find both unknown and known wrecks,” Magnus Wallhagen, production manager at the Maritime Geography department at the Swedish Maritime Administration, told national broadcaster SVT. “In the pictures of C. F. Liljevalch, you can see how the wreck lies at the bottom, how the cabin looks and how the mast has collapsed.

The images were sent to the National Maritime and Transport History Museums and the The Swedish National Heritage Board, which is Sweden's central administrative agency overseeing the country's cultural heritage and maintains a database about Swedish wrecks.

While remaining formally neutral during World War II, Sweden nonetheless maintained close ties with the Nazis. After the start of the war, Sweden remained the only major supplier of iron ore to the German war machine, providing tens of millions of tonnes per year. In Sweden, there were even German-owned mines.

Apart from supporting the Nazi Armed Forces with ore and steel, Sweden allowed German troops to transport freely through the country and lent Germany railway wagons.

Sweden also had several Nazi parties, including the National Socialist Workers' Party (NSAP), which maintained a list of local Jews to be sent to concentration camps.

King Gustav V, whom many have described as Nazi-friendly due to his pro-German stance, maintained ties to the NSAP, granted its leader an audience at his palace, and even tried to write a congratulatory letter to Adolf Hitler, thanking him for taking care of the “Bolshevik pest” upon the invasion of the Soviet Union in 1941.