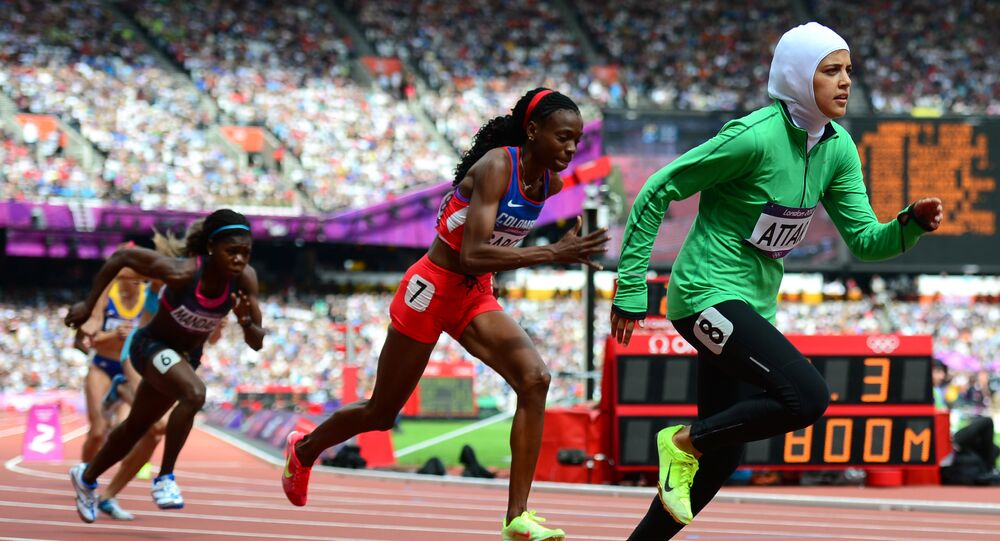 Although UK Sport is insisting that the use of an energy-boosting drink did not violate WADA and UKAD's regulations, the government agency's attitude to athletes' health and reputation, let alone the secrecy surrounding the project, is ringing the cheating alarm, British scholars note.

The Mail on Sunday broke on 11 July that UK Sport allegedly used British medal hopefuls as "guinea pigs", feeding them an experimental substance, DeltaG, in a bid to improve their performance at the 2012 Olympic Games, although giving no guarantees that the "novel nutritional intervention" wouldn't breach anti-doping rules or that it wouldn't carry any side effects.

UK Sport immediately rejected the allegations, stating that it had consulted with both UK Anti-Doping (UKAD) and WADA and ensured that the product in question – ketone ester – complied with guidelines.

Athletes' Health and Reputation Were Endangered

The anti-doping regulation is pursuing two objectives: to protect the athletes' health and ensure that the competition is fair, elaborates Dr Gregory Ioannidis, a sports lawyer and anti-doping expert, adding that both of them were abused as the medal hopefuls' health and the honesty of the games were thrown into doubt.

"To allow athletes to use experimental substances that, in fact, cause side effects and on occasions may have the potential of performance enhancement, is to say that self-regulation is becoming negligent and irresponsible; the result is that such matter now causes alarm", he highlights.

According to The Mail on Sunday's findings, "91 elite-level sportspeople across eight Olympic sports" consumed the product. However, over 40% of athletes who took part in the DeltaG project suffered side effects, including vomiting and gastrointestinal upsets, with 28 individuals quitting the project for this reason. A further 24 athletes also withdrew from the endeavour, saying that the substance brought benefits to them.

Although UK Sport asserts that it consulted both the UK Anti-Doping (UKAD) and WADA prior to the Olympics, adding that waivers as well as specific non-disclosure forms inked by sportspeople was standard practice for such a trial, the documents cited by The Mail on Sunday shows that the agency was preparing for a potential backlash.

UK Sport's 14-page communications strategy specifically warned: "WADA might exercise their rights to regulate … [and] collect blood samples or retrospectively test old samples. This may occur if there is pressure from the media prior to 2012 if the concept was to leak". The documents further assured that "ketosis is a temporary physiological state and would be difficult to prove or test with any post-event samples as the fuel source is utilised during exercises".

In addition, the aforementioned non-disclosure forms stated clearly that UK Sport "does not guarantee, promise, assure or represent that the ketone ester is absolutely World Anti-Doping Code compliant and therefore excludes all responsibility for the use of ketone ester".

According to Ioannidis, it is worrisome that the government agency appeared to be ready to throw the athletes under the bus in a potential anti-doping scandal.

"Sport governing bodies have, in the last few years, pursued a crusade on the dangers from the use of supplements", the anti-doping expert says. "From experience, athletes usually find themselves in anti-doping controversy, as several supplements in the market are contaminated and return positive test results. Having defended over 100 athletes on allegations of anti-doping rule violations, many of which concerned the use of contaminated supplements, I am amazed and shocked at such [a] slap dash and irresponsible approach from the governing bodies concerned".

He underscores that the project and its rationale are prompting justified concerns, suggesting that "an enquiry must be called into these allegations".

The secrecy surrounding the DeltaG project and the fact that it was paid for with public funds are making the controversy even worse, according to Dr John Nauright, dean of the Stephen Poorman College of Business, Information Systems and Human Services at Lock Haven University.

According to the Mail on Sunday, the government sports agency paid at least 229,715 taxpayer pounds ($289,530) to Oxford’s research team for DeltaG studies on sportspeople between 2011 and 2013.

"While it is not clear who authorised the secret testing of an experimental substance on athletes using public funds, it is clear that any such programme not publicly revealed has a purpose of hiding what is being done, or ensuring that the substance in question is not accessed by others who might receive similar competitive benefits", he presumes, adding that this is a "clear violation of one of WADA’s three pillars of sport that constitutes cheating".

"That is, this project violated 'the spirit of sport' as WADA defines it", he stresses.

He bemoans the fact that as with many performance enhancement programmes, either legal or illegal, according to WADA rules, "it is often many years after the fact we learn of specific activities".

Furthermore, there is obviously a double-standard approach with some countries being subjected to tough scrutiny and criticism and others being let off the hook, according to the professor.

"WADA is political and has been dominated by Western interests", Nauright observes. "It is headquartered in Canada and at the time was directed by a British official. There remains a 'Cold War' overtone to the accusations and penalties against Russia and Russian athletes, yet you never hear the same discussions directed to individual and systemic violations by Western nations".

In 2016, a number of Russian athletes and sports officials were accused of allegedly running an institutional doping conspiracy during the 2014 Olympic Games in Sochi. In December 2017, the IOC suspended the Russian Olympic Committee over a supposed state-sponsored doping effort. Moscow resolutely rejected the allegations of a state-sponsored doping system. In 2019, WADA imposed a four-year ban on Russian sportspeople's participation in international competitions over the claimed lab manipulations.

Meanwhile, in June 2020, the International Testing Agency (ITA) announced that it had completed a reanalysis of samples from the London 2012 Olympic Games, finding over 80 anti-doping rule violations.