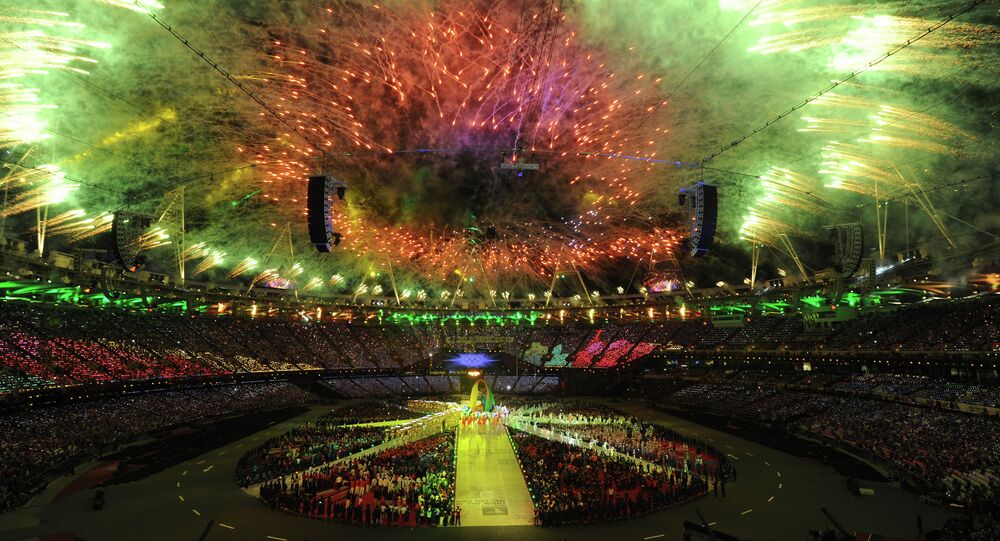 The idea to introduce the innovative drug ketone into UK sports was reportedly borrowed from the US special forces, who embarked on the project in the 2010s in a bid to boost their operatives’ endurance.

Britain's Olympic athletes were exploited as guinea pigs to test an experimental substance in a government project covered by public funds aiming to enhance their performance at the 2012 Games in London, a Mail on Sunday investigation suggested.

The so-called "novel nutritional intervention" was offered to medal hopefuls during competition despite it only being available for "research" at the time, with UK Sport, behind the project, giving no guarantees it wouldn't breach anti-doping rules or that it wouldn't carry any side effects.

To get away clean, the agency reportedly prepared a number of special waivers freeing themselves of any liability or media backlash should anything go wrong and non-disclosure agreements banning athletes from talking about it.

A series of documents obtained by the Mail on Sunday show that 91 top athletes across eight Olympic sports were fed the product, an energy-boosting drink branded DeltaG, then only at the first stage of in-competition testing on humans.

'No Guarantees' of Compliance With WADA Rules

The files suggest that a staggering 40 percent of them subsequently suffered from severe side effects, including vomiting.

On top of this, no guarantees were given during the landmark competition that WADA had nothing against the substance, a synthetic version of a naturally occurring body acid called ketones. Ketones are a natural fuel source produced in the human liver as a by-product of fat breakdown when a person is not consuming enough carbohydrates, so additional supplies of ketone are believed to bring one energy without the need for food.

UK Sport produced a special "participant information sheet" to go hand in hand with the project application which read: "UK Sport does not guarantee, promise, assure or represent that use of ketone esters is absolutely World Anti-Doping Code compliant and therefore excludes all responsibility for use of the ketone ester".

This means the athletes could not complain if WADA deemed the use of DeltaG illegal. The World Anti-Doping Agency and UK Anti-Doping reportedly told UK Sport in response to its inquiry that ketones were allowed, but suggested they could review their take any time.

The substance contained in the drink was originally developed by scientists at Oxford University with $10 million in funding from the American Department of Defence so US Special Forces could enhance their physique and operate longer behind enemy lines without food.

UK Sport has since upheld the innovation and paid Oxford researchers to conduct tests involving athletes, after trials on animals were finalised, the documents revealed.

They first conducted trials of the substance on rowers and cyclists. Invoices, obtained by the MoS, show UK Sport gave Oxford's research team £4,000 in early 2011, for a trial involving rugby players at Bath University and then £183,600 later in 2011 for the trials on the rowers and cyclists.

An obtained "roadmap memo" suggested that further on, UK Sport aimed to implement DeltaG with targeted athletes and sports "in the period leading into and during London 2012 with events greater than five minutes’ duration and multi-event athletes".

These sports included cycling, hockey, sailing, swimming, as well as track and field.

The researcher behind the long-term development of DeltaG is Professor Kieran Clarke, a highly respected and renowned professional, who told the MoS that she was unaware of UK Sport's trial of DeltaG in Olympians in the run-up to London 2012 and during the Games.

However, she admitted, that given the preceding successful trials of DeltaG ketones, which had proven to be safe, she was not against trying them on elite athletes.

The drink hit store shelves in 2018 and has since been widely used as a lawful food supplement capable of boosting performance.

UK Sport responded to the MoS revelation saying the agency invests in expert institutes and funds their research and innovation projects, which are in full compliance with international norms and regulations, "to support the success of our national sports teams".

"The Ketone Ester project received independent ethical approval from the Research Advisory Group in January 2012. Additionally, UK Anti-Doping confirmed in writing, after seeking clarification from the World Anti-Doping Agency (WADA), that WADA had 'no reason to consider such substances as banned under the 2011 List of Prohibited Substances and Methods'".

UK Sport also specified that on the athletes’ part, they filled in consent forms, outlining all the conditions and risks.

WADA Media Relations and Communications Senior Manager James Fitzgerald said that “Ketone supplements are currently not included on the List of Prohibited Substances and Methods and were not on the List at the time of the 2012 Olympic and Paralympic Games, either.” He noted that “the List is not static but evolves based on new scientific evidence.“

What's In the Revelation?

According to Marcus Godwyn, a British political analyst, "what this looks like is a cover-up of state or we should better say, more accurately, deep state run doping by the Western elites to boost the British performance during the 2012 Olympic Games." They warned, of course, that WADA, currently "in the hands of western ruling elites", may one day include this on a list of banned substances and that there could be even long term consequences, the commentator noted.

"Hence the all the fake corruption and above all the allegations of state run doping by the Russian government,"  he went on, also speculating on why mainstream media would now post the revelations about the trial on the top athletes:

The analyst expressed strong doubts that WADA could have taken an independent decision to this end:  "as I say, not really much chance of that when the officials on WADA are basically Anglo-Saxon and bought off Anglo Saxons, that that is the most important thing."  He also brought up the US interest in the matter arguing that the innovation was "very useful for the American military who were developing it to have it tested out in the field as such."

According to Dr David McArdle, the head of Law at Stirling University and an expert in sports law, the most concerning part of the report about doping abuse during the 2012 London Olympics is that the athletes were allegedly made to sign waivers in case the possible violations were uncovered. He said that such a demand promotes a "culture of silence".

"The waivers would not be valid under English law anyway and they would protect neither the athlete nor the sport in the event of a case coming before the CAS or a national anti-doping tribunal - but it does give the impression that it is OK to experiment on athletes, that winning is the only thing that matters, and that those responsible can just walk away if things go wrong and athletes say noting," he notes.