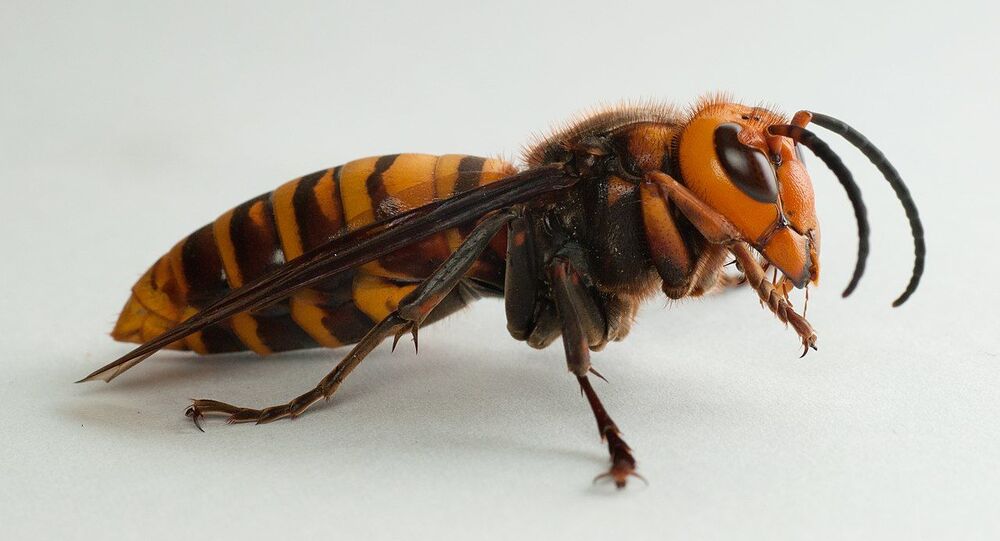 The Asian giant hornet, which can grow up to 5.5 cm in length, are native to East and South Asia. The first sightings of these “murderous” creatures were reported in the United States last year. Does it mean that these giant insects have started migrating around the world?

A giant “wasp-like” creature have been spotted by a Hull woman in the United Kingdom, Hull Live reported. Samantha Stoneley, a local businesswoman, noticed a frighteningly “huge” insect when she was relaxing in the garden. The mysterious creature started hovering around and then fell from the sky, the women explained.

“All of a sudden this thing came flying over us and we just thought, ‘What the hell is that?’”, Stoneley said. “I talk about the size of it and people don't believe how big it was if they weren't there”.

The woman did not suggest that the creature was necessarily an “Asian giant hornet”, but argued that it was nearly a size of the human’s index finger and also had a giant tail. Stoneley who have travelled to many places throughout her life, including Australia, said that she had never seen anything like that in her life.

“I would hate anyone's child to get stung by that because it could do some real damage”, she warned. “It was huge. It's not something I've ever seen before, it's something you would expect to find abroad”.

According to the woman, the insect fell on the floor and stayed there without movement, leaving her in shock.

“It frightened me so it would frighten any child coming across it playing in their garden”, she recalled.

This happened just several days after a similar giant creature was discovered in an east Hull garden by a two-year-old boy. His father immediately searched for the description of the insect to conclude with 99% certainty that it could have been nothing else but “a giant Asian killer hornet”.

“I googled it and it says they are trying to take over America. A distinctive feature is they have yellow legs which this definitely has”, Paul Everingham told Hull Live last week.

Sightings of Asian giant hornets, or “murder hornets” as they are called by some, were reported in the United States in early December last year. The insects are native to East and South Asia and a known for delivering large portions of venom with their bites. A large number of stings or an allergic reaction to even a small portion of them can be potentially fatal to a person. But according to scientists, these creatures are mostly threatening the beekeeping industry, due to their practice of decapitating bees.