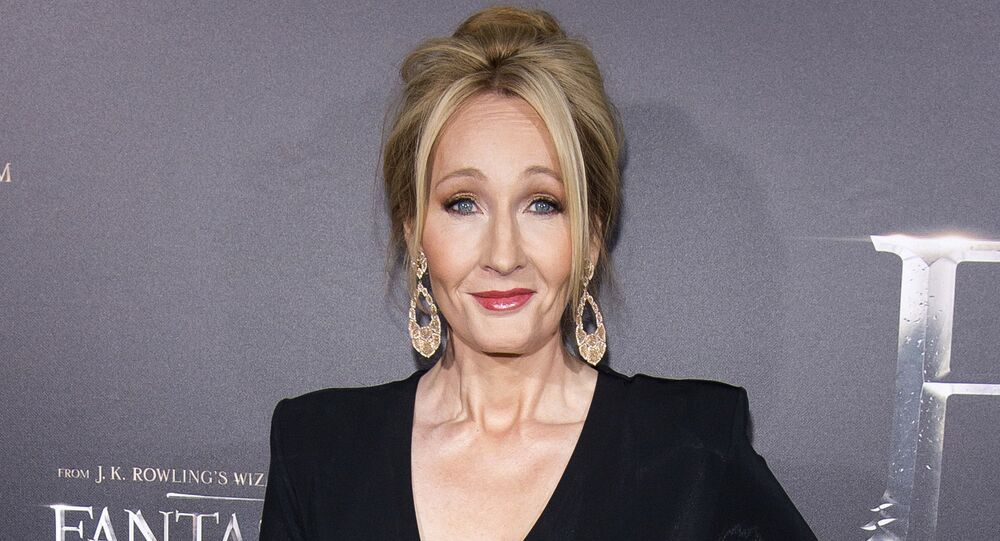 The author of the bestselling Harry Potter series recently admitted while responding to accusations of transphobia that she had been a victim of domestic violence. British tabloid the Sun then rushed to interview the writer’s former husband about his recollections of their life together.

The Sun has been harshly criticised for an article featuring a conversation with JK’s Rowling’s ex-spouse Jorge Arantes titled “I slapped JK and I’m not sorry”. The image of the newspaper’s front page has been circulating on social media since Thursday evening with the #dontbuythesun hashtag now being among British Twitter’s top trends.

How many women will be taunted by their abusers with this headline today, abusers that they’ve been stuck in a house with for 3 months. We have one shop i know of with a Sun banner above its door in town. I’ve said I’ll not be back till it’s doon. Join me ✊
#dontbuythesun pic.twitter.com/3cDVsL6ura

Arantes, 52, was approached by the tabloid following Rowling’s revelations that she was domestically abused in the past. The former TV reporter admitted “slapping” his ex-wife but said that he never hit her, nor that there was any “sustained abuse” on his part.

“I’m not sorry for slapping her”, Arantes told journalists in Porto. “If she says that, that’s up to her. It’s not true I hit her”.

The online version of the article is now titled “JK Rowling’s abusive first husband admits he slapped her but says ‘I’m not sorry’” and describes Rowling’s ex-husband comments as a “sick taunt”.

But the newspaper’s initial presentation of the story was harshly criticised by the British public and prominent politicians in particular, with a member of the Scottish parliament Gillian Martin slamming the magazine’s headline as being “irresponsible and dangerous”.

“The Sun’s headline quoting JK Rowling’s abusive ex-husband is beyond triggering for many abuse survivors, and enabling to abusers”, Martin wrote on Twitter.

Labour MP for Birmingham Yardley Jess Phillips also called the headline “awful”, while retweeting a post from former Chief Prosecutor Nazif Afzal OBE who insisted that the public did not need to hear the words of the author’s abuser.

We don’t need to hear the words of JK Rowling’s abuser nor his lack of remorse
It’s the victims we need to hear from, not those who would silence them pic.twitter.com/F6gyD2sYCU

The sun headline is awful, the perpetrator more awful still. You'd be surprised how only his hideous arrogant admission will allow some to believe. Still too often doubt and disbelief are the best weapon abusers have in their arsenal... "no one will believe you."

JK Rowling’s comments on past abuses came following the accusations of transphobia she has been facing for several days now. The furore started when the author mocked a reference to “people who menstruate” in an article last week. Rowling defended the importance of referring to sex as a biological category in order not to downplay the importance of female experience throughout history, but her remarks were perceived by many as targeting trans men who also can menstruate.

"I’ve been in the public eye now for over twenty years and have never talked publicly about being a domestic abuse and sexual assault survivor", Rowling said shortly after facing a wave of criticism. "I'm mentioning these things now not in an attempt to garner sympathy, but out of solidarity with the huge numbers of women who have histories like mine, who've been slurred as bigots for having concerns around single-sex spaces”.

The author of the bestselling Harry Potter series is still facing intense scrutiny over her views, with Potter star Daniel Radcliffe also weighing in on the controversy, and publicly insisting that “transgender women are women”.