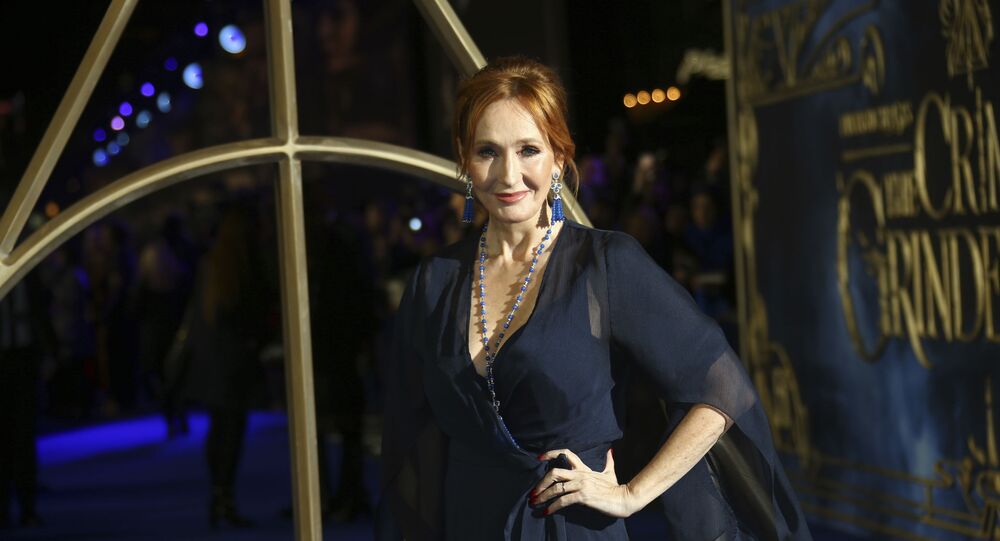 It is not the first time Harry Potter author comes under fire for expressing her views on the role of sex as a biological category. And according to Rowling’s Twitter feed, some people who believe that their gender identity differs from sex assigned at their birth, could disagree with her position.

Joanne Rowling landed in hot water this weekend after commenting on the Devex’s article she shared on Twitter, which was titled “Creating a more equal post-COVID-19 word for people who menstruate”. The writer noticed a peculiar use of language in the headline and jokingly wondered whether the “menstruation” expression actually referred to women.

But the famous Harry Potter writer soon faced a backlash following her remark as many rushed to accuse her of 'transphobia' and ignorance for failing to notice that transsexual men can also menstruate.

Ms. Rowling: instead of writing wildly ignorant Tweets that make you look out of date & a complete villain, get yourself some professional help on this specific issue from someone who will deliver the education, boundaries, and lessons in basic human decency you apparently need.

You have power and influence. Why would you do this? What does it achieve? Do you feel like more of a woman when you punch down? Are you threatened? Some trans men menstruate. Why does that affect you? Why do you want to police that?

People who menstruate include trans men...

​Rowling had to defend herself and her view that “erasing the concept of sex” was downplaying women’s ability to address many issues they face.

If sex isn’t real, there’s no same-sex attraction. If sex isn’t real, the lived reality of women globally is erased. I know and love trans people, but erasing the concept of sex removes the ability of many to meaningfully discuss their lives. It isn’t hate to speak the truth.

“It isn’t hate to speak the truth”, the best-selling author argued.

“I respect every trans person’s right to live any way that feels authentic and comfortable to them. I’d march with you if you were discriminated against on the basis of being trans”, Rowling continued her Twitter thread.

“At the same time, my life has been shaped by being female. I do not believe it’s hateful to say so.”

Many supported the author, who said that she had read extensively on the subject and knew the distinction she was talking about. Some researchers and authors, including Judith Butler, now believe that it is not only “gender” that is a socially constructed category that far exceeds any binary divisions, but also “sex” itself. But Rowling did not believe that “sex” should be entirely rejected as a biological concept.

“Never assume that because someone thinks differently, they have no knowledge”, she argued.

@jk_rowling has pinpointed why so many gay peeps are concerned about the new version of trans activism. We used to be comrade-in-arms with our trans mates until some extremists insisted biological sex was an illusion. Our legal protections and our identities are based on it. https://t.co/dag9xwNINf

I'm so proud of you. You are the best 💖💖#IStandWithJKRowling

That's interesting, because I have endometriosis and an IUD in place to treat it, and therefore, I no longer menstruate. I haven't had a menstrual cycle since early high school, and I'm 21. I guess I'm not a woman anymore? :/

JK Rowling also previously faced some backlash after defending researcher Maya Forstater who lost her job and then a court ruling after “stating that sex is real”, according to Rowling’s Twitter post last December.