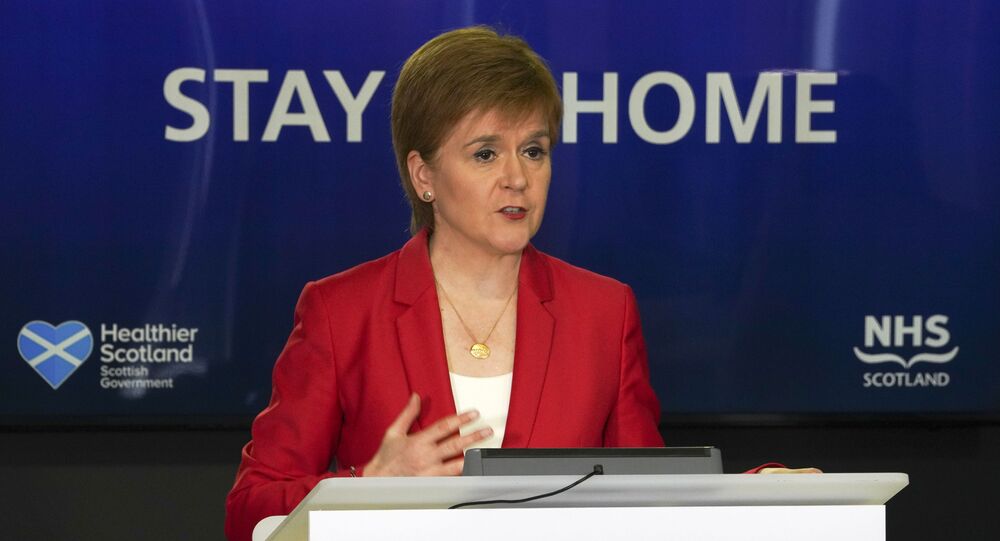 After England announced on Sunday that it will be lifting lockdown measures and encouraged those who cannot work from home to return, the Scottish government said that it would continue to enforce a stay-at-home policy. The move highlights the willingness of Scotlands devolved administration to distance itself from Westminster.

The leader of the Scottish Conservative Party Jackson Carlaw wrote a letter to First Minister Nicola Sturgeon on Monday, demanding that she publish the evidence she is using to justifying taking a different approach to the UK Government's easing of lockdown restrictions.

“The Scottish Government has now asserted that such differences are now sufficiently material such as to justify different, all be it continued and essentially unchanged, advice in Scotland", the letter read.

“It is important that the rationale underpinning this conclusion is both understood and is transparent”, he added.

Carlaw also asked why the Scottish Government believes the R number to be higher in Scotland than in other parts of the UK.

“Given that Scotland went into lockdown at an earlier phase in the development of the virus than London, should we have not anticipated that the lockdown measures would have proved relatively more effective?”

I‘ve written to Nicola Sturgeon asking her to publish daily what evidence she is using as the basis for her different approach.

We can’t have weeks go by where she asserts a position without the detailed reasons for it being revealed.

The public deserve to know the facts.
👇👇 pic.twitter.com/IxjhBN1KCy

SNP leader in Westminster Ian Blackford raised the same question over the lack of consultation in parliament on Monday, adding that the devolved governments only learned of the change "in the Sunday newspapers".

​The letter follows an easing of certain lockdown measures in both Scotland and England but the lack of consensus over a willingness to return to normal has grown more stark.

​The devolved administration has taken a different approach to the government in London. While speaking to Good Morning Britain on Monday morning, Nicola Sturgeon said that the "stay at home message" would remain in place due to the "state of the virus in Scotland".

“Boris Johnson is making decisions based on the evidence and data he sees in England".

“If you live in Scotland you should, with the greatest respect, take your advice from the Scottish Government and listen to what I’m saying", she said.

Westminster has advised those who can return to work to do so - switching the government's official slogan from 'Stay Home' to 'Stay Alert'.

No similar advice has been issued in Scotland, which retains the original UK guidelines, however those living in Scotland may now go outside for exercise as many times a day as they choose.