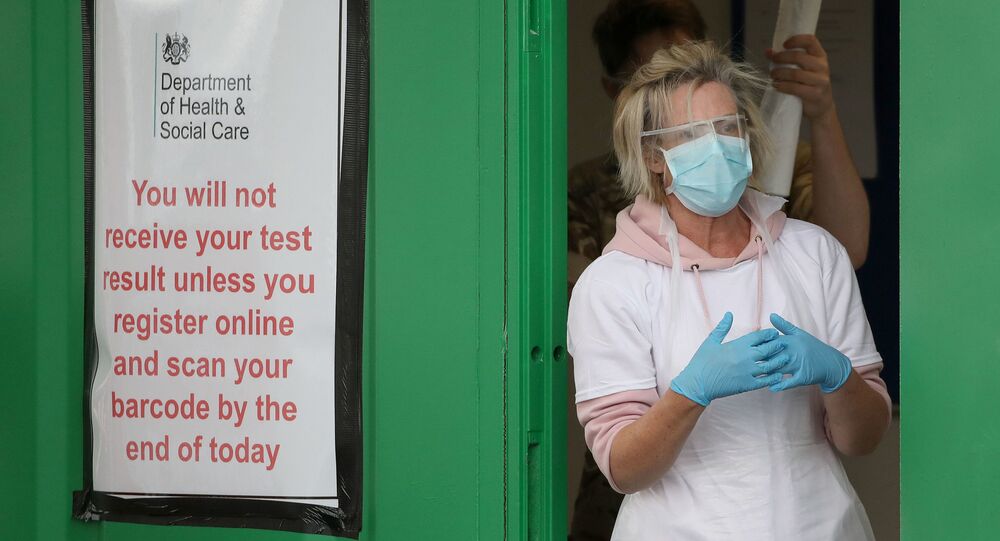 RT UK has interviewed me in connection with the apparent divergence of opinion between the Scottish government and Boris Johnson on when to relax the Covid19 lockdown measures.

The mood music emanating from Westminster appears to favour an easing up of restrictions in relation to the hitherto united and consistent ‘Stay Home: Protect The NHS: Save Lives’ message which has been promoted across the UK and received compliance by over 80% of the population according to Office For National Statistics (ONS) data.

Dominic Raab held the line at the daily press briefing and didn’t announce any changes to the Covid19 message but he did indicate Prime Minister Johnson will be making further announcements on Sunday and many observers are speculating that several lockdown measures might be relaxed by Johnson. I believe that would be a mistake as it would dilute the current strong and clear message, but whatever Johnson says it is vital that Nicola Sturgeon holds the line here in Scotland and rejects any pressure to follow Westminster’s lead if they choose to ease the restrictions.

What is absolutely vital is moves towards relaxing the lockdown are informed and guided by health and science indicators, not the demands of the millionaires and billionaires desperate to return to business-as-usual profiteering and whom the Tories represent first and foremost.

The evidence supporting extreme caution and scepticism about following Westminster in the Covid19 battle is as clear as the evidence demanding a continuation of the social isolation restrictions over the next three weeks at least.

Scotland’s First Minister has stated that it is too risky to relax the lockdown measures just now regardless of different Tory opinions emerging and she is right.

After reporting a further 59 sad deaths in Scotland overnight taking the total to 1,762 and confirming 12,924 remain infected Ms Sturgeon said in relation to speculation surrounding lifting the Covod19 Lockdown:

"Our assessment leads to the conclusion that the lockdown must be extended at this stage. We are together making really significant progress in our efforts to get this under control. This gives real hope and real encouragement. Progress remains fragile, there are still a significant number of people infected with the virus in Scotland. We're not convinced that the all-important R number is comfortably sitting below one. We do think that it is hovering around one just now. Lifting restrictions would, I think, be very, very risky indeed".

Westminster Tories Have Lost All Credibility in Covid19 Battle

From Wednesday into Thursday a further 539 deaths from Covid19 were recorded across the UK and 5,614 more citizens are now infected. That takes the death toll to at least 30,615 with many health professionals predicting the real total is significantly higher. No wonder calls for a public enquiry into the government’s handling of the pandemic continue to grow apace.

There is an on-going dispute about the benefits of wearing masks or at least cloth based mouth and nose coverings as a preventative measure during the Covid19 battle and indeed once we emerge from the lockdown. The common-sense approach would dictate that at least in areas of confinement like vehicles and shops such a measure is sensible. In some European countries it has been made compulsory. What is indisputable is that Boris Johnson should be wearing a mask permanently. A mask of shame.

It is now clear for all willing to see that the UK entered the lockdown and social isolation phase too late and negligently allowed football matches, horse racing events and pop concerts to proceed, when Ireland and Germany had already introduced social isolation lockdown measures and saved lives as a result.

The UK Tories were too late with the lockdown and caused needless losses of thousands of lives. They must not be allowed to end the lockdown too early or that will lead to the needless loss of even more lives.

The lockdown and social isolation instructions are not easy to comply with. They are damn hard and require patience and stamina. We all want to be able to socialise again and embrace our extended families and friends, but this strategy is a health informed strategy. It is in place to save lives of potential victims and help those working for us in the NHS. Following the lead of Westminster Tories up to now has been a painful lesson. Their sheer incompetence and criminal negligence have left hundreds of thousands in the Covid19 frontline unprotected, untested and grossly underpaid. Scotland must follow the health and science advise not the big business influenced advice being promoted by the Tories.

No worker should be advised to return to work unless it is a completely safe environment. It was suggested concern with the effects of lockdown poverty and premature deaths should promote an early cessation of the lockdown. What rank hypocrisy from Tory quarters.

Their brutal austerity measures caused over 120,000 premature deaths related to poverty before Covid19. They do not care about the poor. They only care about the wealthy and the generation of profits. Banishing poverty during the Covid19 lockdown could easily be achieved with the introduction of a Universal Basic Income (UBI) set at a living wage level. The Tories will resist that measure however as they fear it would become so natural and sensible that the argument to retain such a UBI after lockdown would become irresistible.

To those who suggest we should trust the Tories and follow their lead I say check the Covid19 death totals. Check the deaths per thousand of those who have contracted Covid19 in the UK compared to the rest of Europe. Check the death rates amongst the elderly in privatised care homes run on the philosophy of maximising profits not maximising care. Check the statistics for health and social care worker deaths in the frontline compared to other countries in Europe. And check the news pertaining to the PPE order of 400,000 gowns from Turkey currently languishing partly in a government warehouse and partly in the Istanbul based company property as it has been deemed ‘unsafe’ for use.

Remember under the Tories NHS staff were reduced to wearing bin liners to try and protect themselves in the Covid19 frontline such was the shortage of suitable essential PPE for nurses and others. Now we have a government that cannot even be trusted to order safe gowns at a time of crisis. Follow their lead in ending the Covid19 lockdown? Why follow a bunch of over promoted, over paid and over privileged imbeciles who are unfit to run a bath properly, let alone a country?

Scotland must relax Covid19 lockdown measures and return to schools and workplaces when it is completely safe to do so and not an hour or day sooner. The Tories have examined the tragic Covid19 death toll statistics and concluded it is primarily the poor, the elderly and black and Asian minority communities who are dying. To them such people are expendable and that is what underscores their rush to lift the lockdown and get the poor back to work generating profits for the rich. Scotland must follow what is best for ordinary citizens not what’s best for the rich and powerful.