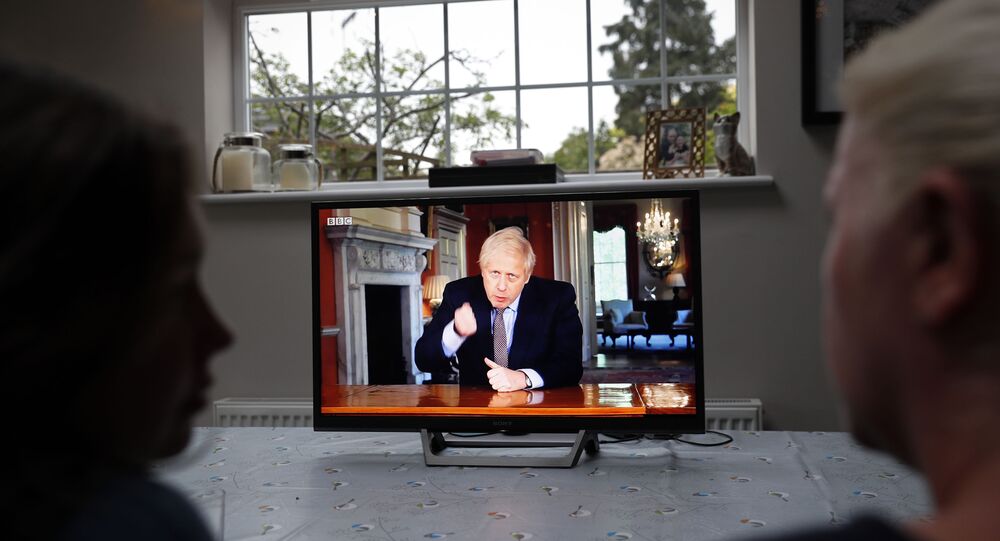 Boris Johnson’s highly-anticipated address to the nation on Sunday outlined the first measures to ease the coronavirus-inspired lockdown in England, which were not followed in the rest of the UK. The new advice has irritated some corona-weary people as it restricts them from meeting friends and family members.

Morgan took to Twitter on Sunday to accuse Johnson of creating “total chaos and confusion”, hours after the prime minister set out the nation's next steps in its coronavirus response.

“So, the Prime Minister is urging millions of non-essential workers to go out to work – but also telling people we still can’t see family or friends even if we maintain the same social distancing rules as non-essential workers at work? Makes no sense,” wrote the Good Morning Britain co-host.

“I haven't seen two of my sons for 10 weeks,” he added. “They live 10 minutes away, next to a large common. Am I allowed to go and see them, if I stay two metres away? The answer appears to be no, yet I can see thousands of strangers a day in my local park if I stay 2m away.”

“Do I have to get my sons & myself temporary jobs on a building site so I can see them?” he quipped, writing in another tweet: “So nothing’s really changed then. Total waste of time.”

So disingenuous. The Prime Minister changed UK strategy after he was told the herd immunity policy he’d been pursuing for weeks would lead to 500k deaths. How many died unnecessarily before he U-turned to the way everyone else was already doing it? https://t.co/UegqgeVZMI

What did Boris Johnson say?

Boris Johnson on Sunday announced the easing of some of the social distancing rules imposed in March as the coronavirus pandemic hit Britain. The government, he said in a televised speech, would create a five-stage alert system in England to measure the threat level of coronavirus and would trade its “stay at home” messaging for “stay alert”.

People who cannot work from home, such as those in construction or manufacturing, should be “actively encouraged” to go to work.

Under the new guidance, people will also be able to sunbathe in their local parks (alone or within household groups, but not with family members), take part in exercise as much as they want and travel to other parts of the country – as long as they obey social distancing rules.

A partial reopening of the hospitality industry and other public places could begin in July if certain conditions are met. The government will also start gradually reopening shops from 1 June, as well as primary schools, beginning with reception, Year 1 and Year 6.

The leaders of major opposition parties have lamented that Johnson lacks a clear vision of how to lift the lockdown.

Labour Leader Keir Starmer said: “The prime minister appears to be effectively telling millions of people to go back to work without a clear plan for safety or clear guidance as to how to get there without using public transport. What the country wanted tonight was clarity and consensus, but we haven’t got either of those.”

Lib Dem leader Ed Davey struck a similar tone: “What we heard from business and the unions last week – and I agree with Keir Starmer about this – if people are going to go back to work, they’ve got to have the safety guidelines clear, they've got to be in place, they’ve got to be agreed. It doesn’t seem, from what the Prime Minister is saying, that he's waiting for that to be put in place first.”

The changes announced by Johnson applied only to England, and the developed governments in other parts of the UK notably chose to stick to their lockdown regulations and not to drop their “stay at home” slogans.

In the only adjustment in Scotland, Scotland’s First Minister Nicola Sturgeon announced that from Monday, people will be able to exercise outdoors more than once a day north of the border.

Speaking on Good Morning Britain on Monday, Sturgeon stated that Johnson only speaks for England when it comes to easing the lockdown. “If you live in Scotland you should listen to what I'm saying,” she said. “In England, it is the Prime Minister.”