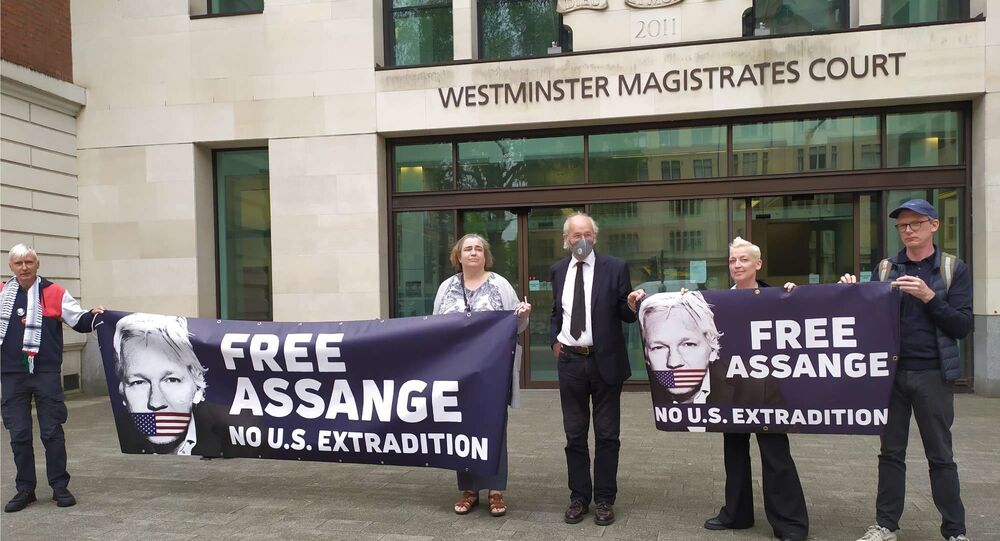 Assange's Extradition Hearing Will Be Postponed Until November

The WikiLeaks founder's lawyers announced last week that they would ask for the postponement, citing lack of full access to their client, with the hearings initially expected to resume on May 18.

The ruling comes after the WikiLeaks founder's lawyers argued that they have not been able to access their client amid COVID-19-related restrictions. Lawyers representing the United States government said they would agree to the postponement if it was deemed necessary.

Originally, the second part of the extradition hearings was expected to begin on May 18. Washington is seeking Assange's extradition to the United States to stand trial on espionage charges over the release of Iraq and Afghanistan-related diplomatic cables by WikiLeaks. If convicted, he could spend the rest of his life in prison.

Assange took refuge in the Ecuadorian Embassy in 2012 after Sweden requested his extradition from the UK on sexual harassment and rape charges. He dismissed these allegations as a politically motivated pretext for a possible re-extradition from Sweden to the United States on espionage charges. Swedish authorities suspended the investigation against Assange in 2017. Ecuadorian President Lenin Moreno stripped Assange of his asylum in 2019 and he was dragged out of the embassy by British police. Since then he's been held in remand at the Belmarsh high-security prison for breach of bail.

In recent months, WikiLeaks, Assange's lawyers, and others have repeatedly expressed concerns with regard to the activist's health and mental well-being, owing to his long confinement, and, more recently, his detention at Belmarsh, where he faces the risk of coronavirus infection. Earlier this month, WikiLeaks editor-in-chief Kristinn Hrafnsson said Assange was "in very bad shape," and vulnerable due to "an underlying lung condition." Hrafnsson called the prison environment at Belmarsh a "petri dish" ripe for infection.

Earlier this month, it was revealed that Assange has a long-term partner, and had fathered two children during his confinment in the Ecuadorian Embassy. Last week, WikiLeaks filed a criminal complaint into Spanish security firm UG Global over its alleged illegal spying activities on Assange and his family on behalf of the US government. Stella Morris, Assange's partner, has expressed fears that he may commit suicide if he is extradited and imprisoned in the US.