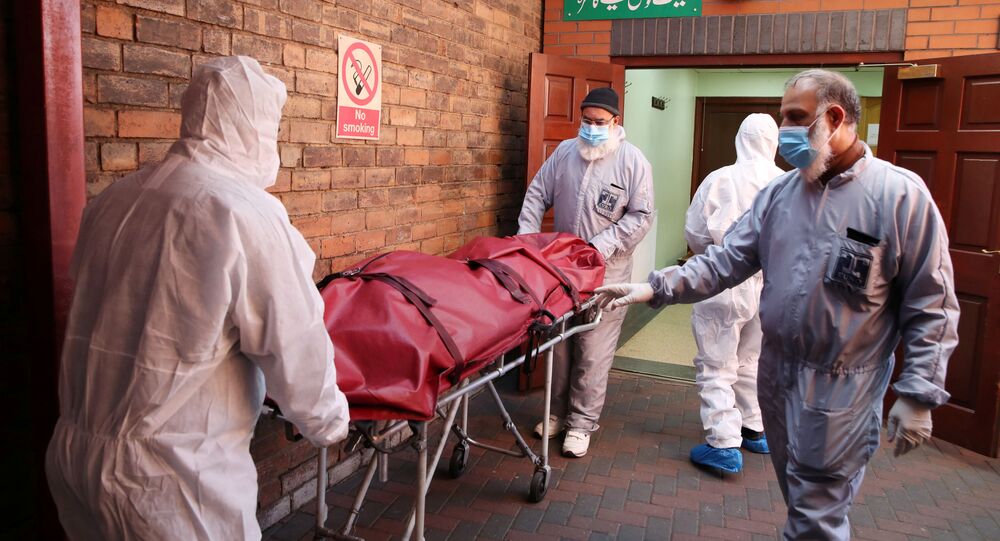 New data has put the United Kingdom on track to become the second worst-hit country in Europe, after Italy, for the number fatalities from the novel coronavirus (COVID-19) disease.

New data provided by the UK Office for National Statistics (ONS) on Tuesday revealed that the real extent of the country’s coronavirus-related death toll was over 40 percent higher than daily figures indicated by the government as of 10 April, Reuters reported.

The ONS reportedly registered 13,121 death cases in England and Wales by 10 April, while the government reported 9,288 in daily figures for patients who died in hospitals. The ONS included deaths registered in both hospitals and care homes, where the toll has doubled in less than a month.

“The sharp rise in care home deaths is deeply alarming – this could be the second front in the battle against COVID-19,” said Niall Dickson, chief executive of the National Health Service Confederation, a body uniting UK healthcare organisations.

As of Tuesday, the number of COVID-19-related death cases in hospitals stood at 17,337. If taking into consideration ONS data, the true number could surpass 23,000, making the UK the second-worst nation hit in Europe after Italy, according to Reuters.

Matt Hancock, the UK Health Secretary, reportedly said that the 40 percent gap between daily data and the comprehensive data provided by the ONS was “not an accurate representation of those figures”.

No 'Exit': UK Coronavirus Restrictions Could Last Throughout 2020 – Report