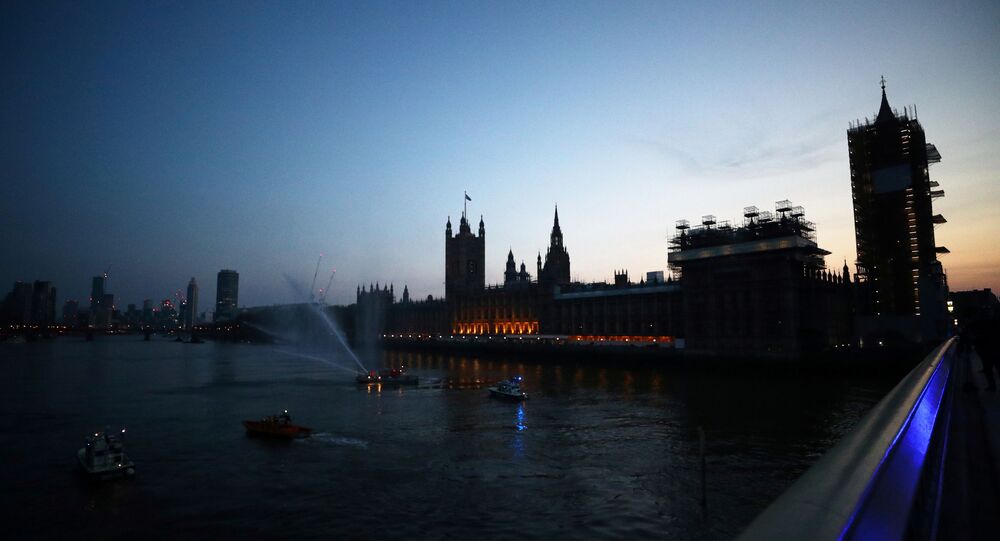 The whole globe may be struggling with Coronavirus but the UK government is struck down with a vicious form of a new disease, ‘DELUSIONITUS’!

How else do you explain their belief that they are doing a good job on the pandemic as the bodies mount up in the morgue?

They are still refusing to admit that they were wrong in early March, when WHO declared a major pandemic, to allow the Cheltenham Festival and other mass gatherings to go ahead whilst not moving to a full lockdown combined with mass testing of the UK population.

By the way this is not me criticising with the benefit of hindsight as I said the same in this column before the festival on 10 March.

Deputy Chief Medical Officer Jenny Harries, in a pure Government propaganda video with Boris Johnson on March 11, answered the PM’s staged question about why we weren’t banning mass events like Cheltenham with this reply, “In general these sorts of events and gatherings are not seen as to be something which are going to have a big effect, so we don’t want to disrupt people’s lives.”

What the hell does she think her and Boris Johnson’s ridiculous and downright criminally insane idea to allow it to happen has done to tens of thousands of Brits’ lives who have lost loved ones these past few weeks?!

My father in law died on Friday and his death has devastated my family.

He didn’t die of Coronavirus but in modern Britain his death has been dominated by this dreadful deadly virus.

When the funeral directors arrived to remove his body, they were dressed in full hazmat suits and masks and although I fully appreciate why they have to take such precautions it was dreadfully upsetting to witness. It made his final farewell from his home so impersonal.

Likewise, the confusion over what kind of funeral we will be able to have is also very upsetting. One minute a member of the useless cabinet tell us only 20 can attend a funeral and then it goes down to six. Even now there seems to be no clarity.

One thing is for sure there will be no wake to celebrate his life because of the social distancing rules. Just remind me again how many people went to Cheltenham each and every day?!

If the Government cannot even provide clarity on end of life policy how or why do they expect us to accept anything else they say in their stage-managed daily press conferences.

Jenny Harries patronisingly told us on Sunday that the UK had been an 'international exemplar in preparedness' for the coronavirus crisis. You what Jenny?

She also said that we should have a more adult conversation about personal protection equipment for our frontline NHS heroes.

Jenny, at the risk of sounding immature, we don’t want to have any form of conversation after 100 NHS staff have died, we just want the effing equipment given to them.

But just when you thought she had her foot firmly in the hole she continued to dig and defended the overall plan to combat the virus and said the containment phase was “very successful.”

So according to Jenny it’s ‘steady as we go’ as we continue to be on target to have the highest coronavirus death rate in Europe!

And that's just the official figures of deaths in hospitals before we even begin to look in to the growing scandal of those who have died in care homes or in the community, who are not included in the official ‘massaged’ figures.

© REUTERS / Luke MacGregor
UK Parl't Holds First-Ever Meeting Via Videoconference Amid COVID-19 Pandemic - Video
This is a national scandal and she is a disgrace and must surely be sacked.

Increasingly, I am beginning to get the clear impression that the Government haven’t got a clue what they are doing and when Boris isn’t around they are even worse.

Junior minister after junior minister is put up to the daily news interviews to be torn apart by Piers Morgan. Later in the day we have the press conference where they trot out their clichéd soundbites about following the science; but what if their scientific advice is wrong? As it clearly was about Cheltenham, mass testing and an early implementation of a lockdown.

I know the polls say that the majority of people think they are doing good job but I am sure that poll result is only because people are bloody scared rather than a vote of confidence in our political masters.

Get a Bloody Grip

Whether you believe the Sunday Times article or not, it is clear that we should have tested much, much earlier. It is also clear that Cheltenham and other mass events should have been banned earlier.

The government love to hide behind their oft-repeated cliché that they are following the scientific advice but it is now clear that the advice given by Jenny and her colleagues was wrong, plain wrong.

Herd immunity was a bonkers idea but what really sticks in my throat is that unlike Macron our government seem afraid to fess up to us, the people, and admit they have made mistakes.

I am sorry they are treating us like children and they are beginning to test our collective patience.

Boris’ useless lieutenants love their 5-part plans or pillars so here are my 5 suggestions or demands once Boris is back in charge.

We need Boris to do a Macron and accept he was too slow on the lockdown.

We need him to explain the exit plan.

We need him to close down the BLOODY airports. How on earth can they still be open?

We need less excuses and more action on getting PPE to our NHS heroes.

In other words, get your finger out and get a bloody grip Boris.