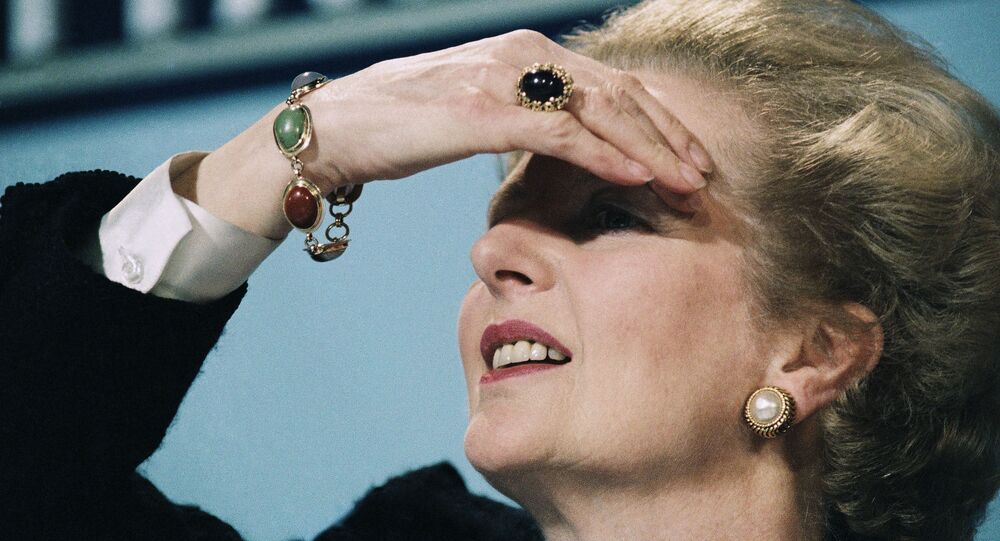 Margaret Thatcher’s now historical statement in the House of Commons on 30 October 1990, pushing back against then-European Commission president Jacques Delors, marked the downfall of the prime minister, whose views on the European Community were not shared by others in her Cabinet, as she was forced to resign from No. 10 the following month.

Freshly released private papers show that Margaret Thatcher’s historical “No, no, no” response to then-European Commission president Jacques Delors, voiced in a House of Commons statement on 30 October 1990,was possibly in part inspired by an article penned by current UK Prime Minister Boris Johnson, who was then an up-and-coming young journalist, writes The Telegraph.

The trove of documents, recently released from the Margaret Thatcher Archive Trust, which is overseeing the gradual publication of her private files through the Churchill Archive Centre in Cambridge, contains an article about Jacques Delors, published on 24 October 1990, headlined "British Right Of Veto Faces Axe In Delors Plan".

According to the released papers, then-Prime Minister Margaret Thatcher marked a paragraph in Johnson's article, warning of the threat the EC posed to national sovereignty, which read:

"Mr Delors said the plans were intended to pave the way for a Federation of Europe, a super-state with the Brussels Commission as the executive government and the Council of Ministers as a senate."

Despite the fact that Johnson’s article, penned when he was the Brussels correspondent for The Daily Telegraph, was included in Thatcher’s speech folder, it bore a cover note by the Foreign Office that claimed the observation was wrong.

Senior Foreign Office official Richard Gozney had written to Thatcher’s Private Secretary Charles Powell, to underscore that the commission’s opinion “does not contain what M Delors is reported by the Daily Telegraph as having suggested. It does not propose any radical change in the present institutional plans of the community – although it does contain a lot of horrors.”

Margaret Thatcher is believed to have been aware of this, having marked the word “not” in yellow.

The publication quotes Chris Collins, a historian at the Margaret Thatcher Foundation, as emphasising the evidence of the article by Johnson in the brief pack as “poignant given what’s happened since”.

“It’s part of the trigger. Clearly, it’s there … to remind her to have a bash at Delors, which is good politics in this context but also I guess to remind her of the mood that is surrounding this issue. I mean, a lot of Conservatives would read articles like that one by Boris Johnson … and say yes, that’s what these guys [like Delors] are up to,” says Collins.

“Those pressures are all around her and she is treading this terribly, perilously difficult path. It’s not clear that she wanted a war, as it were, and yet she feels many of these things too and she’s got this sinuous route to follow. While I’m not saying this is the cause of her downfall or anything like that – it would be absurd to suggest that – the forces that are in play are somewhat revealed by the presence of that article.”

On 30 October 1990, Margaret Thatcher made a House of Commons statement in which she declared a defiant “no, no, no” response to European commission president Jacques Delors amidst a profound rift within the Tory party over Europe.

Days later, Sir Geoffrey Howe quit as leader of the Commons and deputy prime minister, delivering devastating criticism of Thatcher’s stance towards Europe in his resignation speech on 13 November.

Just days later, Margaret Thatcher herself was ousted, resigning as Prime Minister and party leader in November 1990, after Michael Heseltine launched a challenge to her leadership, polling enough votes to deny her an outright victory on the first ballot. Heseltine subsequently lost to John Major on the second ballot.