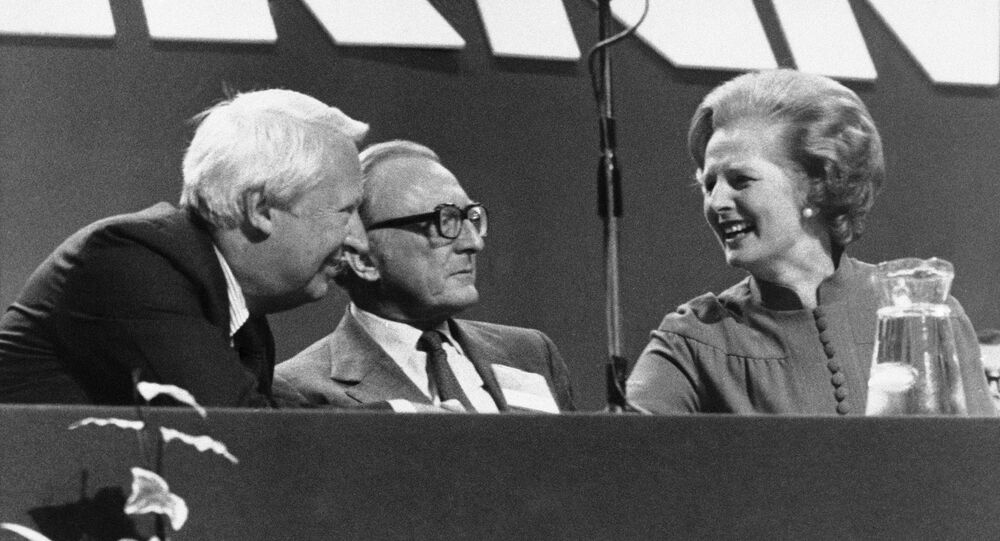 A newly written biography claims that Thatcher, whose tenure at 10 Downing Street spanned a lengthy 11 years, had told several people that the UK should leave the EU, although she reportedly kept this a secret, and shared the view with only a handful of friends.

Data outlined in a new biography suggests Former British Prime Minister Margaret Thatcher, who held office from 1979 to 1990, virtually backed the UK leaving the EU, according to her biographer Charles Moore, who researched the famed former head of state for 20 years and released a new book titled "Herself Alone".

Excerpts from the novel cited by the Telegraph, claim she confided in one of her friends, Christopher Collins, who had previously helped her with her memoirs, saying that the UK would be "better off outside" the EU after she had already left the office.

Separately, Moore uncovered a letter in 1992 that Thatcher reportedly penned to the late Eurosceptic Tory MP, Sir Teddy Taylor, drawing a picture of what she saw as an alternative for Britain:

"I would personally think it is terribly important that those who have been very doubtful about the European enterprise should have some kind of alternative strategy clearly set out," she is said to have written.

Thatcher then reportedly further pondered on the model she considered the best for her home country:

"I have always felt that the best answer for us was to be a kind of free-trade and non-interventionist 'Singapore' off Europe, seeking contracts and understanding with the growth areas of the world," the former PM aka "the Iron Lady" said, adding that she felt that such a scheme would be "too revolutionary" for her fellow Eurosceptics in Westminster.

Although she played a crucial role in campaigning for the UK to remain in the European bloc; she later apparently had a change of heart on the issue. Her battle with the EU further defined her leadership among the Tories, and her increasingly anti-EU stance was viewed as something that caused her party to oust her.

There are conflicting points of view, now scrutinised by those wishing to determine what "the Iron Lady's" position on the contested EU exit was, even as the Brexit issue has reached another deadlock.

For instance, a foreign affairs aide to Thatcher, Charles Powell previously claimed she would have voted to remain in the EU, while Caroline Slocock, who worked with Mrs Thatcher from 1989-1991 said she would have preferred to stay in and fight to reform it.

While the talks on a Brexit deal continue, no concrete "legally operational" plan, as the EU authorities have termed it, has been worked out so far. Boris Johnson, who has made Brexit his key pledge, as he took over from Theresa May in July; has insisted in his signature manner, that he would rather "be dead in a ditch," than okay another EU divorce delay, as stipulated by a recently adopted law in the absence of an approved deal.

The prime minister vehemently denounced the new legislative initiative arguing multiple times that he he is set to deliver Brexit by the deadline of 31 October "with or without a deal."