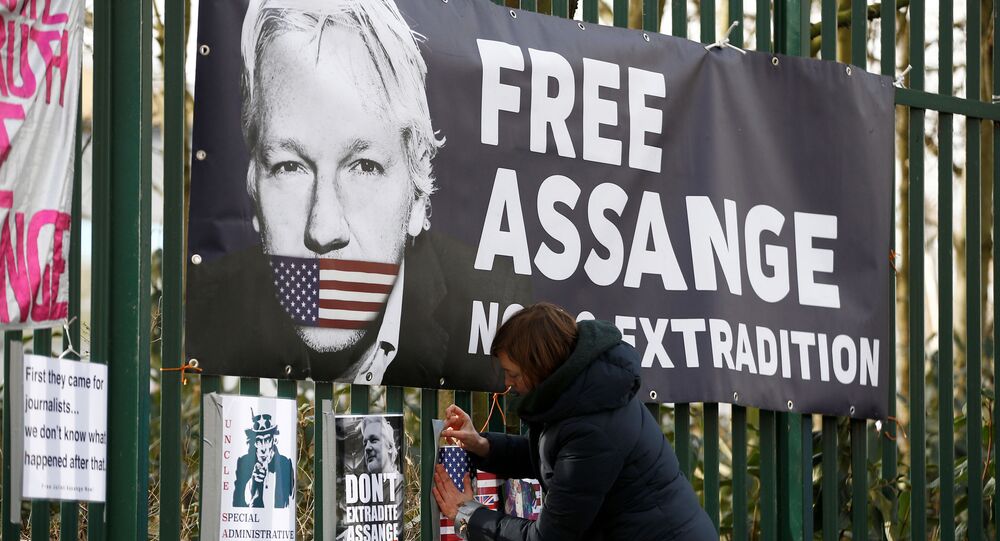 The US government presented its case summary in favour of Julian Assange’s extradition on 24 February. They argued that the WikiLeaks publisher is wanted for “aiding and abetting” Chelsea Manning and for putting the lives of informants and sources at “grave risk”. The defence has since hit back against what it calls knowingly "bad faith" charges.

The prosecution of Julian Assange is motivated by politics and not by a “genuine concern for criminal justice”, Assange’s legal team argued at Belmarsh Magistrates Court (sitting at Woolwich Crown Court) on 24 February and into 25 February. Edward Fitzgerald QC presented the initial parts of the defence’s response to the case put forward by the US government earlier in the day.

Fizgerald said that the “history of the prosecution” case against the WikiLeaks founder proves the political nature of the proceedings. Assange’s lawyers are also arguing that the charges are themselves inherently political as 17 out of 18 of the charges come under the 1917 Espionage Act.

They all pertain to the journalist’s role in publishing classified US documents which revealed war crimes and other criminality perpetrated by US-led forces, in Iraq, Afghanistan and Guantanamo Bay, Cuba.

The burden is on the defence to show that Assange’s case falls under one of the exceptions which would bar extradition to the US. Under the Anglo-US extradition treaty there is a presumption in favour of extradition whenever the US government files a request.

Fitzgerald set out a litany of legal reasons why, as a matter of law, Assange’s extradition must be barred. He argued that the proceedings against the award-winning journalist amount to an “abuse of process” on three separate grounds:

The defence pointed to the fact that the US Department of Justice under President Obama looked into brining criminal prosecutions against Assange but ultimately decided that doing so would be “tantamount to prosecuting any journalist who published leaked national security information”.

In addition to and separate from the “abuse of process” grounds the defence listed five further category of reasons why Assange’s extradition must be barred:

The defence will continue to present its rebuttal to the prosecutions case, including by outlining how and why they believe the US extradition request is in "bad faith" and outside the law.

Assange faces up to 175 years in prison in the US. The charges relate entirely to Assange and WikiLeaks' role in publishing documents which revealed war crimes and other criminality perpetrated by US-led forces in Iraq, Afghanistan and the Guantanamo Bay, Cuba.