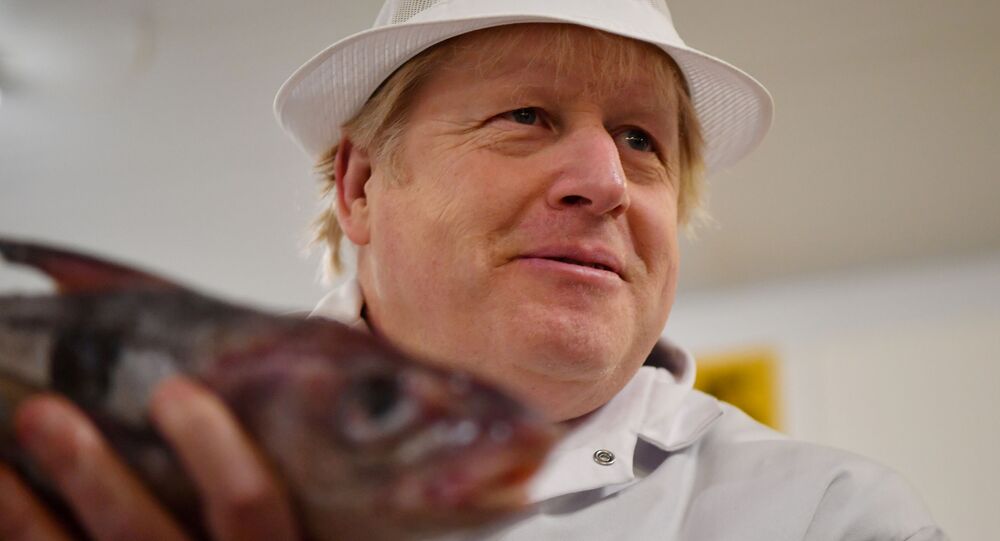 Britain’s trawlermen have been limited by the European Union’s Common Fisheries Policy since 1973 but Brexit means they will no longer be bound by it. Sputnik spoke to author Nick Triplow about whether UK fishing industry can ever regain its past status.

Under the Brexit withdrawal deal, the UK will remain part of the Common Fisheries Policy (CFP) until the end of December 2020 but negotiations are under way to decide who will be able to fish within UK waters and how much they can catch after the transition period is over.

Boris Johnson has said “taking back control” of Britain’s waters was a key objective after Brexit and in July 2017 Michael Gove, the Secretary of State for Environment, Food and Rural Affairs, said the UK would also leave the London Fisheries Convention, which was signed in 1964 and allows British, French, Irish, Belgian, Dutch and German vessels to fish within six and 12 miles of each other’s coasts.

Under Ms Sturgeon’s plan, Scottish fishermen would once again have to abide by the controversial Common Fisheries Policy (CFP), despite coastal communities long bemoaning the restrictions imposed under the system. https://t.co/RRGAofUOhA

After Britain entered the CFP and then surrendered its right to fish in Icelandic waters after the so-called Cod Wars in the 1970s, Grimsby’s fishing fleet was decimated.

Nick Triplow, a writer who lives near Grimsby, said: “The infrastructure that supported the industry simply isn't here any more, let alone the investment. In the peak years after the Second World War, trawlers were bringing in 500 tonnes of fish a day. That all had to be landed, processed, sold, and then distributed.”

Mr Triplow, whose books The Women They Left Behind and Distant Water told the stories of Grimsby's fishing communities, said: “There's a romanticised version of the fishing industry that's sold to people, but by all accounts it was tough, dangerous, often poorly-paid work. The mortality rate was something like 14 times that of coal mining. I'm not sure those 'glories' were ever so glorious.”

DEAD OR DYING FISH – 800,000 – 900,000 tons of fish are discarded back into the sea every year under EU’s common fisheries policy… https://t.co/rinHheekcF pic.twitter.com/wc8lXZIPVy

​“If there is progress to be made it's in properly supporting the families still struggling to cope in communities where deprivation has become entrenched and linking local people to opportunities in the renewables and other maritime industries,” Mr Triplow added.

Last week the Conservative MP and former Environment Secretary Owen Paterson said Brexit would allow the UK to become "an independent maritime nation" and he described the EU's Common Fisheries Policy as full of “horrors”.

But despite the political hubris 75 percent of the UK’s fish exports go to EU countries, so a xenophobic new fisheries policy might lead to retaliatory tariffs on UK seafood imports.

On 2 February France’s Foreign Minister Jean-Yves Le Drian warned: "This discussion will be pretty balanced because while it is true that we need access to British waters, the British need access to the European market.”

Mr Le Drian said Britain also needed to respect rules against dumping fish: "If the United Kingdom wants to establish a kind of Singapore-on-Thames outside the European Union we won't agree because if you want access to our internal market, you need to respect our rules.”

Britain could be tempted to follow Iceland - which has never been governed by the CFP and has its own fisheries policy, although the industry is of far greater importance there than it is in Britain.

But the EU's chief negotiator with Britain, Michel Barnier, warned there was no way Boris Johnson’s government could get a trade deal without agreeing fishing rights at the same time.

"The fishing deal will be an integral and indissociable part of the trade deal," Mr Barnier told the French TV channel LCI earlier this month.

Govt & MPs must heed how much folk carehttps://t.co/xK68jTrnav

Mr Triplow said: “I've given up trying to predict what will happen next. It depends to what extent the negotiations are genuinely looking for a positive outcome. Ideally, there'd be compromise on both sides with representatives of the UK fishing industry not just involved at the highest level, but listened to and part of the negotiation team.”

The Marine Stewardship Council issued a warning last year about a decline in the North Sea’s cod stocks and Mr Triplow said there needed to be a focus on sustainable fishing.