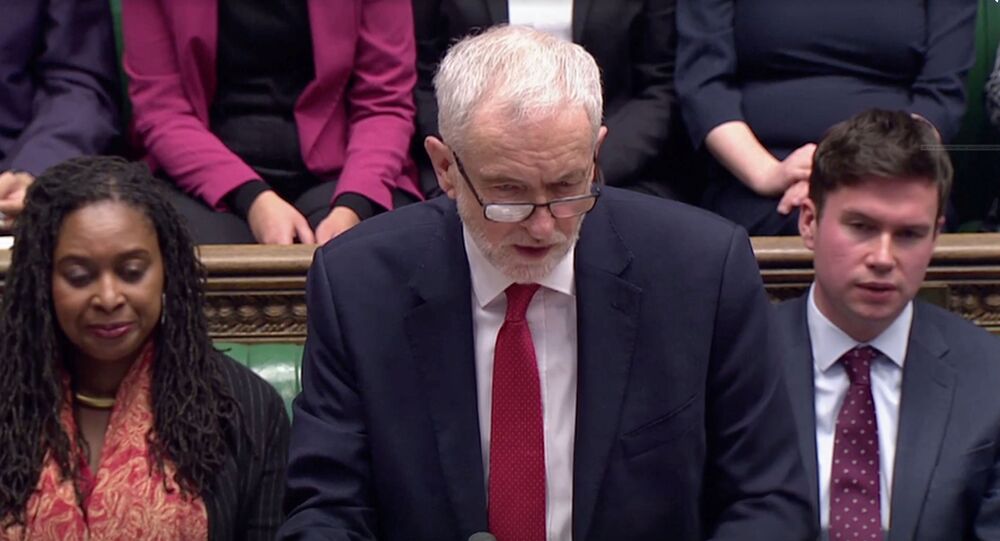 Following the announcement by Jeremy Corbyn that he intends to stand down as the leader of the Labour Party, a leadership contest has ensued. The position of deputy leader is also vacant, seeing Corbyn-ally Richard Burgon vying to carry the radical torch into the office.

Labour deputy leadership hopeful Richard Burgon said on Saturday that Jeremy Corbyn has a “valuable role” to play in Labour’s future, including perhaps on the front bench.

“If he was shadow foreign secretary, that would be ideal,” he said.

“He is still young, of course, because [left wing US senator] Bernie Sanders is nearly 10 years older. Who knows, he could come back".

Burgon has long been a loyal supporter of the outgoing Labour leader, in particularly his views on foreign policy and opposition to war.

“I’ve never met a more principled, less egotistical person than Jeremy Corbyn and plenty of his critics are not fit to lace his boots”, Burgon said.

His proposed “peace plan” would also see Labour members balloted regarding to use of military action, with exception to instances of UN backing or was a genuine national emergency, but does not force MPs to vote in line with the party.

Corbyn has not endorsed any of the candidates in the run but has described him as a “a friend and a comrade”.

He also hit out against leadership contenders Keir Starmer and Lisa Nandy, refusing to accept that Labour’s radical manifesto calling for the nationalisation of key sectors of the economy such as rail, mail and utilities is what gave Boris Johnson’s Conservatives their 80-seat majority.

“Keir was the architect of our move towards a more ‘Remainy’ position", he said;

“It’s not because of those policies that we lost, it is because it became the Brexit election that Boris Johnson wanted", he said.

His comments come as Ms Nandy said during a debate this week that Labour cannot promise to “nationalise everything” when “we have no idea how we would do it".

While Burgon backs Rebecca Long-Bailey for leader, Keir Starmer is currently the frontrunner to succeed Corbyn.

The contest will determine the future of the Labour Party and its ideological direction with Burgon and Long-Bailey fighting to continue Jeremy Corbyn's legacy and other candidates, such as Lisa Nandy, looking towards a less radical vision.