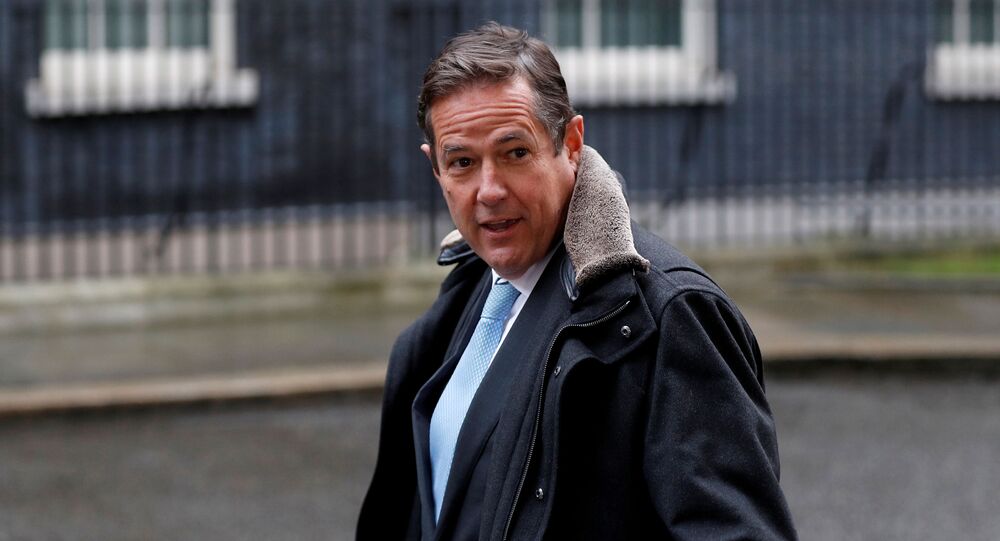 It emerged on Thursday that British regulators are probing the chief executive of Barclays –one the country’s largest banks – over his relationship with the disgraced millionaire Jeffrey Epstein, who has been accused of trafficking hundreds of young women and underage girls for sex.

Barclays, the venerable British bank, saw its shares fall more than 2 percent on Thursday on the news that its boss Jes Staley is being investigated.

It has been confirmed that the Financial Conduct Authority, a regulatory body independent from the government, and the Prudential Regulation Authority, a part of Bank of England, opened an inquiry into Staley’s ties with Jeffrey Epstein in December.

Staley, a US citizen, began working at Barclays in December 2015. Prior to that he had brief stints at hedge fund BlueMountain Capital and financial services firm UBS, and worked at investment bank JPMorgan Chase for 34 years.

The investigation began after the British regulators received a cache of emails between Staley and Epstein from JPMorgan, provided by their US counterparts. They would not comment on the content of those exchanges, but The Financial Times reports, citing sources with knowledge of the matter, that they were friendlier than claimed by Staley.

How long have they known each other?

The 63-year-old Barclays CEO said on Thursday that he first met Epstein in 2000, after taking over as the head of JPMorgan’s private banking arm where Jeffrey Epstein was already a client.

Epstein praised Staley in person in an interview to journalist David Bank on his private Caribbean island in 2003. “JPMorgan [are] probably the best private bankers in the world,” he said at the time. “The head of private banking you should talk to — Jes Staley.”

Their relations did not end when Epstein was convicted in Florida of soliciting an underage girl for prostitution in 2008. Epstein negotiated a deal with state prosecutors that allowed him to put a halt to a federal investigation into allegations of sexually abusing dozens of teenage girls. He went on to serve 13 months in jail and registered as a sex offender.

Epstein was granted work release as part of his deal, and Staley visited him in Florida in 2008 while he was serving his sentence, according to a New York Times report last year.

The newspaper also said that JPMorgan had flagged Epstein as a problematic client several times after a review of clients that might damage its reputation; that recommendation, however, was overruled, and the bank only dropped Epstein in 2013.

Despite his conviction, Epstein kept in touch with Staley even after the latter left JP Morgan. Staley even sailed his own yacht, with wife Debbie on board, to Epstein’s island in the US Virgin Islands in April 2015. The Barclays boss said it was one of the last times he had spoken to the disgraced financier.

The relationship with Epstein, who died by reported suicide in Manhattan prison last August, “began to taper off as I left JPM and contact became much less frequent in 2013, 2014,” before ending in 2015, Staley recounted on Thursday.

Staley maintains innocence, Bacrlays on his side

He insists he has always been fully honest with Barclays about his dealings with Epstein. “And indeed it’s clear in my own mind that going all the way back to 2015 when I joined Barclays, I have been very transparent with the bank and very open and willing to discuss the relationship that I had with him.”

“Obviously I thought I knew him well, and I didn’t. And for sure with hindsight of what we all know now, I deeply regret having had any relationship with Jeffrey Epstein.”

The investigation into the banker began just a month after Barclays withdrew from Prince Andrew’s Pitch@Palace business mentoring project. At least one of Epstein’s alleged victims has claimed that she was forced to have sex with the Prince when she was a minor. The royal stepped down from public duties but denied the accusations.

American prosecutors have said that Andrew appears unwilling to cooperate. No probe has been launched into Epstein and his accomplices in Britain so far, although the Met Police has signalled it could re-open a previously dropped pre-investigation.

Barclays said that Staley retains the “full confidence” of its board.