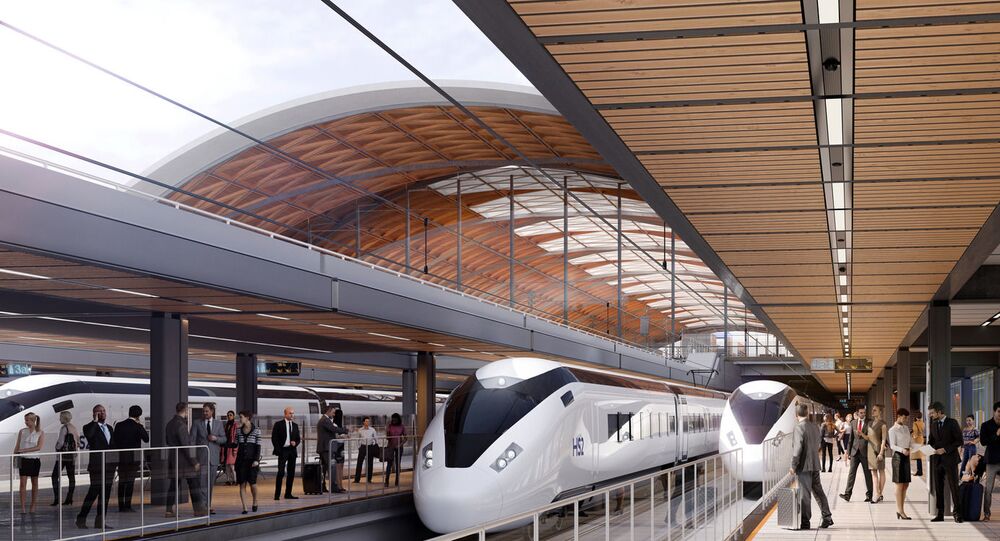 HS2 (High Speed 2) is a railway which would terminate at London’s Euston station and head north to Birmingham, with branches linking the south and Midlands with Manchester and Leeds in the north of England.

“We are going to get this done," he said, echoing his General Election slogan to “get Brexit done”.

The original cost of the project as set out in 2015 was £56 billion but a recent review said the final cost could be more than £100 billion.

​Mr Johnson said despite "poor management" he believed in the "fundamental value" of HS2.

He said: "When it comes to advocating HS2, it must be said that the task is not made easier by HS2 Ltd, the company concerned. Speaking as an MP whose constituency is on the route, I cannot say that HS2 Ltd has distinguished itself in the handling of local communities."

HS2 is the only shovel-ready project that will also deliver much needed new capacity on the West Coast, East Coast and Midland main lines too. Four railways for the price of one. Four lines with more seats and more trains, all contributing to our country's low carbon future. pic.twitter.com/7ZChW0QkYg

​HS2 will pass through the prime minister’s Uxbridge and South Ruislip constituency in a tunnel before emerging overground at Ickenham and heading north west towards Birmingham.

The leader of the opposition Labour Party, Jeremy Corbyn, said: "Can the prime minister tell us where the trains will be built? Will those jobs and training be in this country?"

Bombardier, a Canadian-owned company, have a large factory in Derby producing trains but they are expected to bid for the HS2 contract against German, Chinese and US companies.

HS2 is going ahead. Great news for people in Birmingham who want an extra 20 minutes in bed in the morning (assuming they can afford the ticket prices), but terrible news for the taxpayer.

​Mr Corbyn also said: "HS2 must be developed with more sensitivity to local communities and the environment, particularly regarding the impact it will have on woodlands."

Liberal Democrat MP Munira Wilson welcomed HS2, which she said would help to tackle climate change by "cutting domestic flights and moving people onto our railways."

HS2 is going ahead. Great news for people in Birmingham who want an extra 20 minutes in bed in the morning (assuming they can afford the ticket prices), but terrible news for the taxpayer.