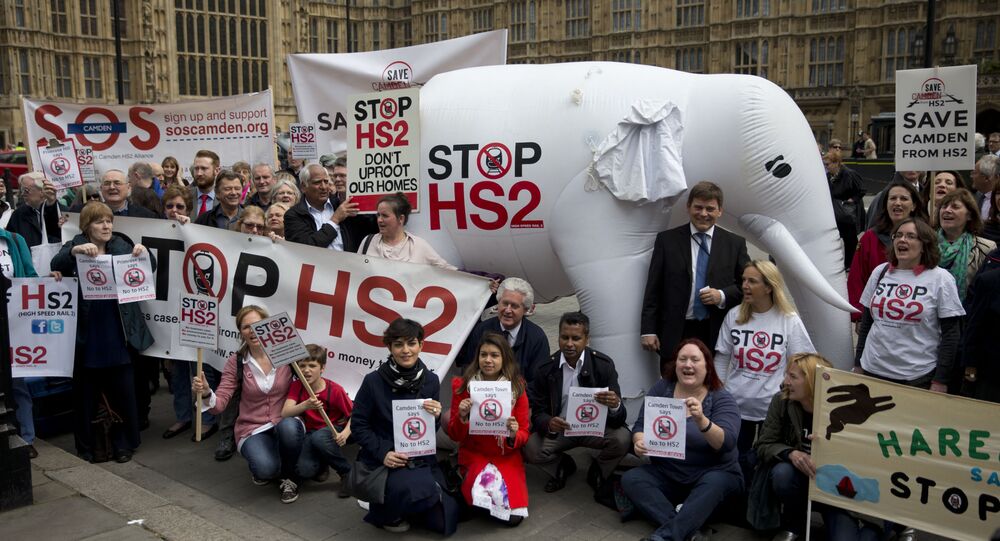 A report from the House of Lords Economic Affairs Committee has called on the UK government to reassess the viability of HS2 and consider either scrapping it or terminating it on the western outskirts of London.

The committee, which included two former Chancellors of the Exchequer Alistair Darling and Norman Lamont, said it was "far from convinced" the 225 mph railway could be built within its current £55.7 billion budget.

HS2 is unpopular with many Conservative MPs who consider it an expensive "white elephant" and there has been speculation that several contenders for the leadership of the party — to succeed Theresa May later this summer — will vie with each other to promise to scrap it.

The project has been supported by proponents of the so-called Northern Powerhouse policy, which calls for infrastructure improvements for cities like Manchester and Leeds to encourage companies to invest there, rather than in London and the South East, where house and land prices are "overheated".

​But the Lords Committee published its report on Thursday, 16 May, and said it found evidence "the costs of HS2 appear to be out of control."

Sir Terry Morgan, former Chairman of HS2 and Crossrail, told the committee "nobody knows" what the final cost will be and the committee said it was concerned if that if the London-Birmingham section became too expensive then the vital sections north of Birmingham may be abandoned.

Let's scrap HS2 and pay to electrify the Chiltern Main Line and 27 other vital transport projects around the UK.

​The committee's chairman, Lord Forsyth of Drumlean, said: "Commuter services in the north of England are badly overcrowded and reliant on ageing trains. Rail connections between northern cities are poor. As the committee suggested in its 2015 report, rail infrastructure in the north should be the government's priority for investment, rather than improving north-south links which are already good. The north is being short-changed by the Government's present plans, especially as construction on HS2 is starting in the south. Any overcrowding relief from HS2 will mainly benefit London commuters."

​Lord Forsyth said: "It is surprising…the government has not carried out a proper assessment of proposals to reduce the cost of HS2 — such as lowering the speed of the railway or terminating in west London rather than Euston. A new appraisal of the project is required."

HS2 Limited plans to run trains at 225 miles an hour (360 kilometres per hour), faster than any other train in the world.

The committee said significant savings would be made by reducing the speed to 185 mph.

​The peers also said HS2 should terminate at Old Oak Common in west London —where passengers could transfer to Crossrail to central London — rather than Euston, which would require expensive tunnelling.

Britain has a record of allowing infrastructure projects to come in late and over budget.

​Crossrail — an east/west link under London which connects Heathrow airport with Essex and Kent — has cost £17.6 billion so far. It was due to open in 2018 but that has now been pushed back to 2020 or even 2021 due to signalling software problems.

In 2017 the government gave the go ahead for Crossrail 2, an equally expensive north/south link under London.

An HS2 Limited spokesman said: "We are determined to deliver a railway that is value for money for the taxpayer, and a project that will reshape the economic geography of the country."

Esther McVey Announces She Is To Run for Tory Leadership