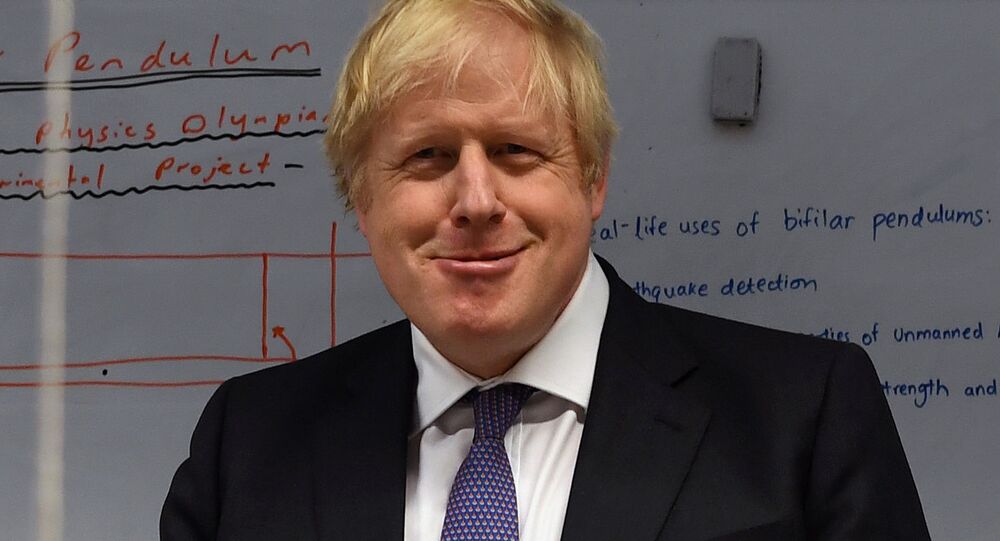 British Prime Minister Boris Johnson on Tuesday announced that the United Kingdom would grant China’s Huawei a limited role in the roll-out of its national 5G networks, a move that is likely to infuriate the United States, which had long pushed for Huawei to be banned from 5G technology altogether.

Huawei’s competitive edge over Western tech firms is at the core of the US-initiated dispute over the security risks the Chinese giant purportedly poses.

“The situation with 5G is critical as the UK is running pilots now in several cities,” says Mark Skilton, professor of practice at Warwick Business School and digital communications consultant, “and the competitive advance at stake here is the super-fast high coverage; 5G will make new kinds of connected products and services of smart cities, smart homes, retail and transport a reality”.

“Johnson is between a rock and a hard place in that Huawei is so far ahead of Western competitor offerings that there is a little alternative currently. This is the real truth behind the American objections to the Chinese company, which has stolen a march on the 5G market globally.”

A victory for Huawei

Boris Johnson’s government on Tuesday allowed Huawei to be part of Britain’s fledgling 5G networks, with tight restrictions. The firm will be excluded from providing “highly-sensitive” services including authentication server function and data storage, but will be allowed to supply 35% of the peripheral (non-sensitive) equipment, such as radio masts and antennas.

The decision was announced following a meeting of the National Security Council, where cybersecurity experts assured Johnson that Huawei isn’t as big a threat as Washington claims. Notably, among the reasons the Security Council provided for its assessment of Huawei as a high security risk were its significant market share in the UK and the fact that it is a Chinese company.

The Trump administration alleges that Huawei’s technology could use back doors allowing the Chinese government to spy on communications in other countries, something the company categorically denies.

US officials have long threatened that the use of Huawei’s gear would force them to cease intelligence-sharing cooperation with the UK within the Anglophone Five Eyes alliance, although Britain’s Foreign Secretary Dominic Raab said this wouldn’t be the case.

“Nothing in this review affects this country's ability to share highly-sensitive intelligence data over highly-secure networks both within the UK and our partners, including the Five Eyes,” he told Parliament on Tuesday.

Mark Skilton argues that “the cybersecurity threats will get much higher, regardless of whose 5G technology is used, because it is an immersive ‘connect everything’ technology.”

“Assuming this can be managed, the issue remains hard to resolve for Johnson in accelerated UK economic growth with 5G and the political arguments of allowing any Chinese company's involvement into a national network,” he adds. “Who do you trust is the trade-off that Johnson is seeking; realistic ‘alternatives’ to Huawei, rather than descending into a shouting match of egos.”

The Trump-led crackdown on Huawei, as well as his efforts to shut the company out of the global 5G revolution, overlaps with the broader competition against China for global technological and economic dominance.

That the US is going out of its way to bring down its main competitor is “entirely understandable”, says London-based political consultant Adriel Kasonta.

“But I think that Boris Johnson is a clever player and he's [acting] in his best interest,” adds Kasonta, who also sits on the editorial board of the Central European Journal of International and Security Studies. He suggests that either Boris Johnson is trying to keep Britain “sovereign with regards to the pressure from the United States” or his Huawei decision is a “Machiavellian move” designed to undermine the company.

By allowing Huawei into Britain’s 5G market, he explains, Johnson could enable it to “do the espionage with regards to the technology implemented and somehow be a channel of information for the United States by playing a good cop while the United States is playing a bad cop in this sort of geopolitical game and exchange between the United States and China.”

He says that despite the US being “foolish” in the Huawei affair, international concerns about espionage or data leakage should still be addressed.

“If we are having an account on WhatsApp or on Facebook, we know that our data is leaked. So why we are accusing other countries of somehow stealing our data, while we are well aware that the already-established institutions in the Western Hemisphere, like Facebook, WhatsApp, et cetera, are stealing our data as well? So we are living in an age of insecurity,” notes Kasonta. “We are allowing ourselves to give certain data and information about ourselves wilfully.”

“And we have to use this technology with some kind of leap of faith that it is useful for our own good. You can use it for good and you can use it for bad. But you can’t label China as a villain and a bad player because you are about to play as well. So it doesn’t make sense.”

The views and opinions expressed in the article are those of the speakers and do not necessarily represent the views of Sputnik.