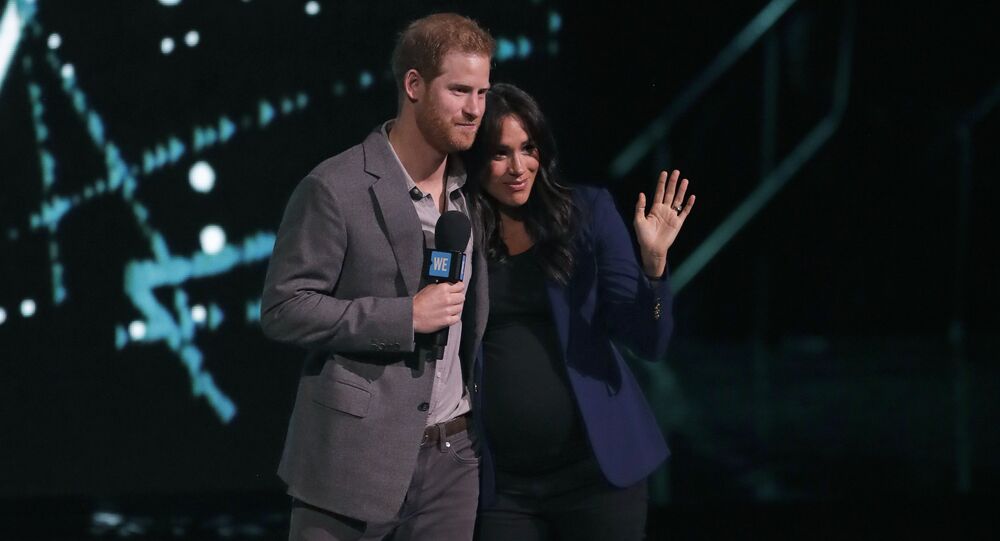 The British media’s treatment of former US actress-turned-royal Meghan Markle has prompted her husband to launch a legal battle. Following the announcements that the two want to step back as senior royals and split their time between the UK and Canada, one of the latter country’s leading outlets has signalled that they are not welcome there either.

One of Canada’s most popular newspapers, The Globe and Mail, has published an editorial claiming that the royal “runaways”, Prince Harry and his wife Meghan, can’t live in the land of maple syrup, which is a Commonwealth nation and former British colony.

After the couple blindsided the rest of the royal family with a bombshell Instagram post in which they said that they plan to be “financially independent” and split their time between Britain and North America, Queen Elizabeth II agreed "that there will be a period of transition in which the Sussexes will spend time in Canada and the UK". Following the monarch’s statement, Prime Minister Justin Trudeau revealed that there are “a lot of decisions to be taken by the royal family” and discussions about who will pay the costs of the Duke and Duchess’ security.

“We are not entirely sure what the final decisions will be, what the dispositions are and those are the decisions for them”, he told local TV, expressing his belief that “most Canadians are very supportive of having royals here, but how that looks and what kind of cost is involved, there are still lots of discussions to be had".

However, the notion that there is public support for Meghan and Harry’s desire to move to Canada has come into collision with The Globe and Mail’s stance on the matter. An article in the newspaper says that as to the plan for the Sussexes to “move to Canada while remaining part of the Royal Family, the Trudeau government’s response should be simple and succinct: No”. According to the paper, the financial question is “not really at issue” and it “goes deeper”.

“You are welcome to visit, but so long as you are senior royals, Canada cannot allow you to come to stay. This isn’t about breaking up with the Crown. On the contrary, it’s about maintaining Canada’s unique and highly successful monarchy”, the outlet concluded, explaining their point: “The Canadian monarchy is virtual; it neither rules nor resides. Our royals don’t live here. They reign from a distance”.

The Globe and Mail insists that although Canadians like visits by the Queen and other members of the royal family, setting up a home on the premises is a different matter. It is said to go against “the long-standing nature of the relationship between Canada and Britain, and Canada and the Crown”. The paper goes as far as saying that it is a breach of “an unspoken constitutional taboo”.

“If they were ordinary private citizens, plain old Harry and Meghan from Sussex, they would be welcome. But this country’s unique monarchy, and its delicate yet essential place in our constitutional system, means that a royal resident – the Prince is sixth in the line of succession – is not something that Canada can allow”, the editorial says.

Although they admitted that “Canadians wish them the best of luck” when it comes to working out their personal issues and that the country “welcomes people of all faiths, nationalities and races”, this cannot be the case for a senior member of the royal family.

“The government should make that clear. There can be no Earl Sussex of Rosedale and no Prince Harry of Point Grey. Canada is not a halfway house for anyone looking to get out of Britain while remaining a royal”, it concludes.

Already Feeling at Home in Canada?

Meghan Markle has already travelled to Canada with her eight-month-old son Archie amid the turmoil prompted by her and Prince Harry’s announcement. Amidst the “Megxit” debates, the Duchess was pictured in Canada boarding a sea plane from Vancouver Island seemingly destined for the Whistler ski resort.

© REUTERS / Daniel Leal-Olivas/Pool
As Meghan and Harry Rock the Boat, Which is the World’s Most Secure Royal Family?
She was not present at the family’s talks, while her husband is trying to hammer out the details of a deal on the couple’s departure from the royal family. After the Duke reaches an arrangement with other senior royals, he will join his wife in Canada.

Prince Harry, the sixth in line to the throne, will also make his last public appearance as a fully-fledged royal when he hosts the draw for next year’s Rugby League World Cup at Buckingham Palace. The Duke of Sussex has also announced a new venue for his Invictus Games, an international charity sports competition for wounded veterans. Prince Harry posted a video saying that the 2022 Invictus Games would be held in the German city of Dusseldorf.

As Meghan and Harry Rock the Boat, Which is the World’s Most Secure Royal Family?