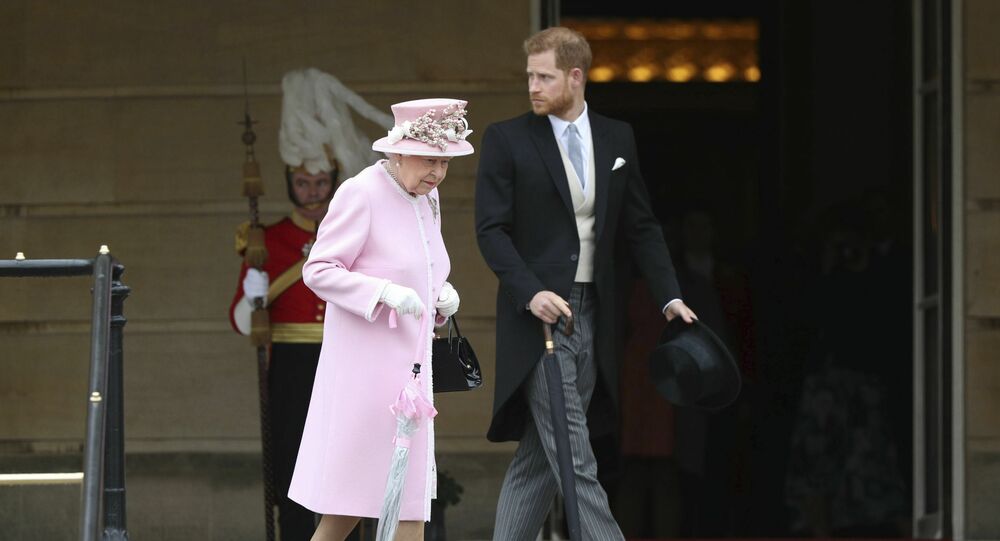 After UK Royals gathered for an unprecedented summit at Sandringham House on Monday to hash out a solution to “Megxit”, the Queen in a statement said “very constructive discussions” had determined a "period of transition" for Prince Harry and Meghan Markle regarding how they would split their time between the UK and Canada.

Prince Harry arrived ahead of schedule for Monday’s crunch Royal Family summit at Sandringham estate for a one-to-one meeting with the Queen to share his side of the “Megxit “story, writes the Daily Mail.

Despite coming into the talks profoundly disappointed with Prince Harry and Meghan Markle for wanting to step down from their official royal duties, after a private conversation with her grandson the monarch emerged hailing the “very constructive discussions” in her official statement, and agreeing to a “transition period” for the Duke and Duchess of Sussex.

The couple, according to the Queen’s statement, would step away from Royal engagements as they spend more time in Canada.

"These are complex matters for my family to resolve, and there is some more work to be done, but I have asked for final decisions to be reached in the coming days," the end of the statement says.

​It is also revealed by the publication that Meghan Markle, who was originally to be involved in the talks via conference call, was barred from dialling in from Vancouver over privacy concerns and fears of eavesdropping cited by palace officials.

An insider is quoted as adding:

“This was a highly confidential family discussion, not a conference call."

As the Queen emphasised the difficulties of hammering out a viable agreement regarding a financially independent future for Prince Harry and Meghan Markle, sources claim Prince Charles views the matter as far from concluded, knowing full well that his son hopes to draw on his Duchy of Cornwall title to foot the bills.

“He doesn't have unlimited resources. Harry needs to know that,” a source is quoted as saying.

As the Queen has ordered staff to find a solution “within days” to the particularly tricky issues such as the couple's future funding, a source is cited as intimating there will be rigid rules imposed on the couple’s commercial activities.

“There will be strict instructions on branding, for example. No one wants to see the Sussexes' name on a tub of margarine.”

The Queen’s statement's mention of a “transition period” for the couple between the UK and Canada was claimed by insiders as simply an opportunity to offer the Royal Family “breathing space” while “this mess of Harry and Meghan's own making is sorted out”.

Monday’s unprecedented Royal family meeting was the first time that Prince Harry, 35, had met with his closest relatives since early November, after the Duke and Duchess of Sussex took a six-week break in Canada over the Christmas period, arriving back only last week. Meghan Markle, 38, has already returned to the country, staying at the couple's borrowed mansion on Vancouver Island with their eight-month-old son Archie.

On Wednesday, 8 January, the Duke and Duchess of Sussex announced via their Instagram post that they want to become financially independent from the royal family and live part-time in Canada, adding they won't abdicate their title and would retain their residence at Frogmore.

Regarding funding concerns, the couple suggested giving up the Sovereign Grant, which the government pays annually to support the Royal Family in its official duties.

The Duke and Duchess proposed that they could divide their time between the UK and Canada, while continuing to honour their duty to the Queen, the Commonwealth, and their patronages.

Palace aides are now hammering out a workable solution to the crisis that would involve enabling the couple to find a way to become “financially independent” and not rely on taxpayer funds, as well as the cost and provision of the couple's security, particularly while they are set to spend large periods of time out of the country.

There is also the issue of Frogmore Cottage, the couple's Windsor home lent to them by the Queen, that the couple wants to keep as a base in the UK.

Prince Harry is expected to leave the country to rejoin his family by the end of the week, writes the outlet.