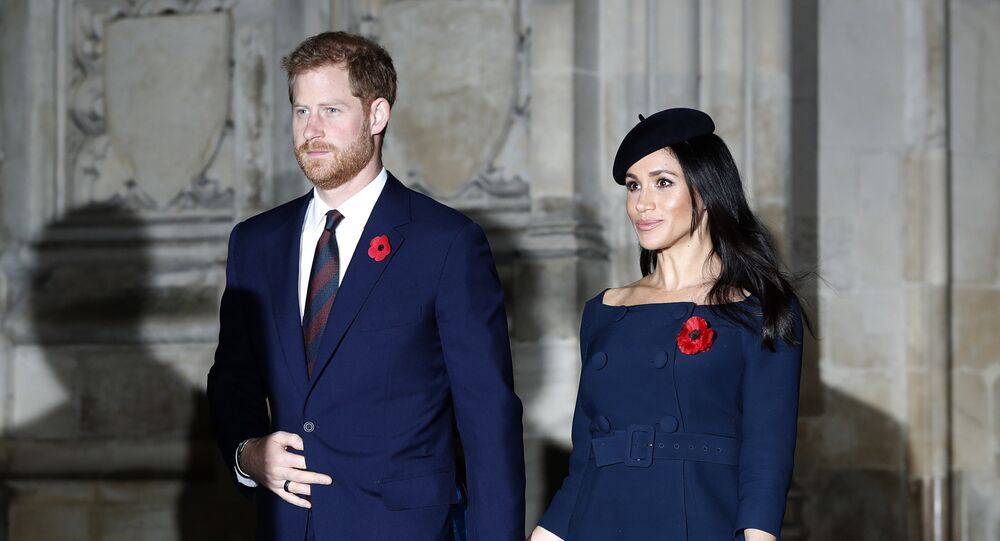 The deal Meghan Markle reportedly signed with Disney involves the former doing voiceovers in return for the company making a donation to a wildlife charity.

As Meghan Markle, Duchess of Sussex, went on to sign a voiceover deal with Disney amid the row surrounding her and her husband Prince Harry’s plans to step back from senior roles in the British Monarchy, footage that apparently shows Harry trying to persuade Disney CEO Bob Iger to give his wife a job has emerged online, the Daily Mail reports.

The video, which the newspaper claims was recorded by a fan at the Lion King premiere in London in July 2019, shows Harry conversing with Iger and asking the latter whether he knows that Meghan "does voiceovers".

"Ah, I did not know that", Iger says, to which Harry replied: "You seem surprised. She's really interested".

And while a portion of their conversation appears inaudible, Iger can then be heard saying "we’d love to try it".

This development comes as Meghan has signed a deal with Disney, agreeing to do voiceovers in exchange for a donation to a wildlife charity called Elephants Without Borders, according to The Times.

And as the media outlet points out, while this deal does offer an insight into the couple’s future life, “using their celebrity status to benefit their chosen causes”, it also creates room for their detractors to accuse them of “cheapening the royal brand”, as senior royal members had already reportedly accused Harry and Meghan of signing a deal with “firms including Disney”.